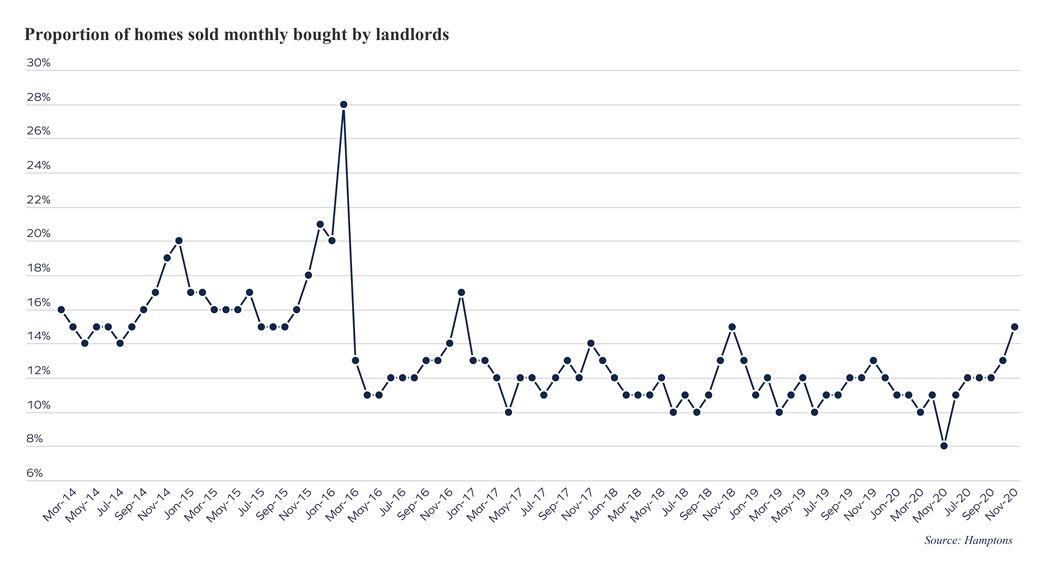 With the end of the stamp duty holiday looming, landlords have joined other buyers in rushing to complete their purchases. In November landlords made up 15% of buyers in Great Britain, the highest figure since December 2016. By the end of 2020 investors will have bought around 134,000 homes this year, up slightly from the 133,000 bought in 2019.

While landlords have benefitted from the stamp duty holiday, they still pay the 3% surcharge which was introduced in 2016. This means a typical investor who paid £180,000 for a home in November, will incur a stamp duty bill of £5,400 if they complete before the holiday ends. However, if they miss the deadline their bill will rise by £1,100 to £6,500.

As a result, landlords will pay an estimated total of £365 million in stamp duty on the sales they have agreed between September and November if they complete before 31st March 2020. However, this figure has the potential to rise by 20% or £74 million to £440 million if the stamp duty holiday is not extended and they complete after the end of March next year.

Despite smaller stamp duty savings, the rush to beat the stamp duty holiday has been concentrated in the Midlands and Northern England. This has been driven by the underlying strength in investor purchases up north. During November just under a quarter (22%) of homes sold in the West Midlands were bought by an investor, followed by 18% in both the North East and North West. In London, the figure stands at 15%, up 2% from three months ago. 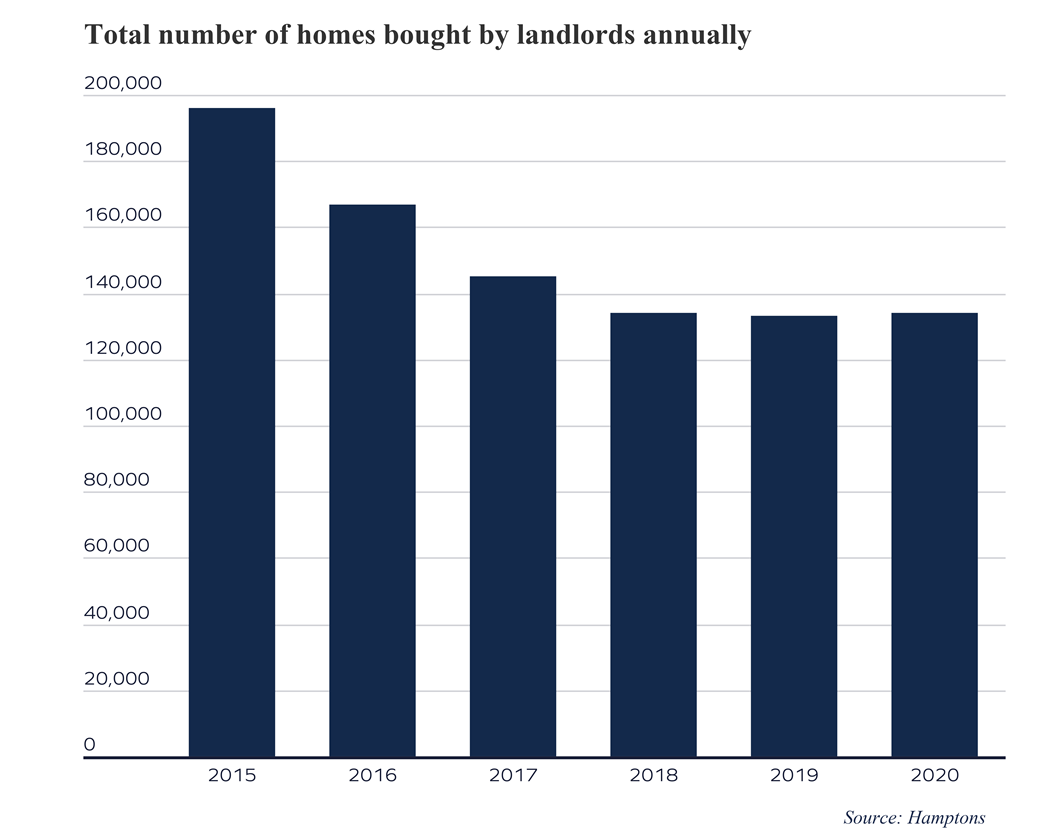 A month after rental growth in Great Britain turned positive for the first time since March, rents also began to rise in the capital following eight months of falls. London rents rose annually by 0.3%, the smallest increase anywhere in England. The average rental property in Inner London cost 12.7% less than it did in November 2019, a smaller fall than in recent previous months. However, in Outer London rents are 3.8% higher. 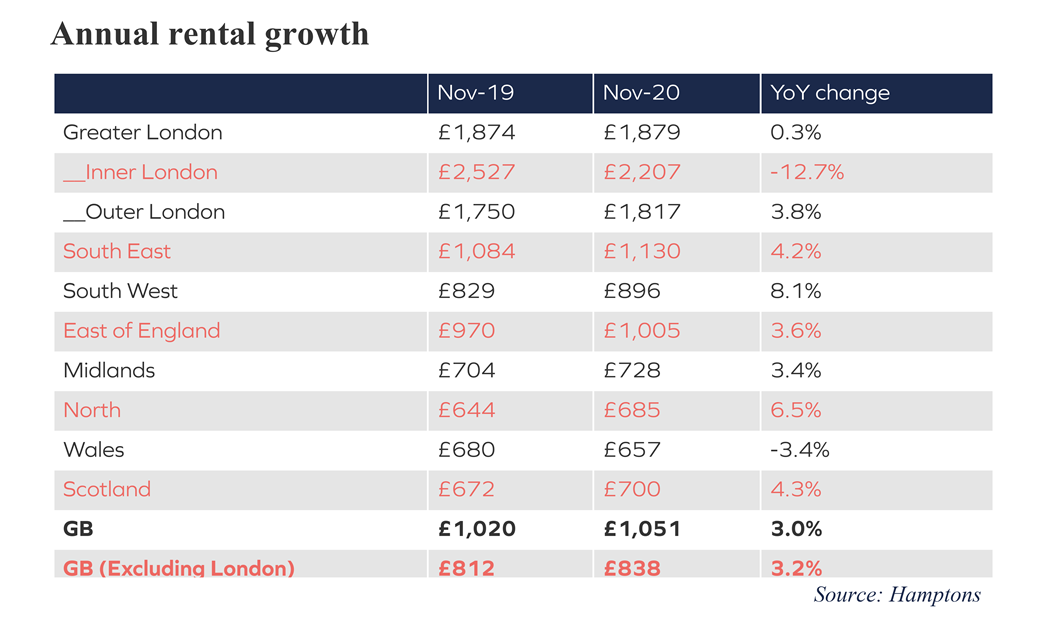