A shortage of stock is the main reason why more than half (64%) of rental homes were let within a week. This trend began in April, when there were 45% fewer homes available to let than in the same month of 2019. Supply fell by 50% in half of the UK’s regions and has carried on falling. Even in London, where there has been an oversupply of homes to let since the start of the pandemic, the number of properties available shrank by 20%.

Conditions differ between regions. Tenants cannot afford to hesitate in the South West, where the average time to let is 4.8 days. In the year to May, the average rent in this region increased to £931 pcm, up a record, 11.5%.

London lags behind the rest. But even here, the average time to let is a mere 7.9 days. Rents continue to tumble in some parts of the city, however. Inner London rents were 20.3% down year-on-year, declining to an average of £2,016 pcm. In Outer London, rental growth has remained more stable. Rents were up 5.8% to an average of £1,595 pcm, following an increase of 3.4% in April.

Rents outside London increased by an average of 10.6% to £923 pcm, in a second month of double-digit growth. London’s lacklustre performance – which is largely the result of a lack of international business and student tenants – depressed the overall average. Nevertheless, the average rent in Great Britain still rose to £1,054 pcm which was 7.1% higher than in the same month of 2020. This is the highest rate of growth since our records began in 2013. 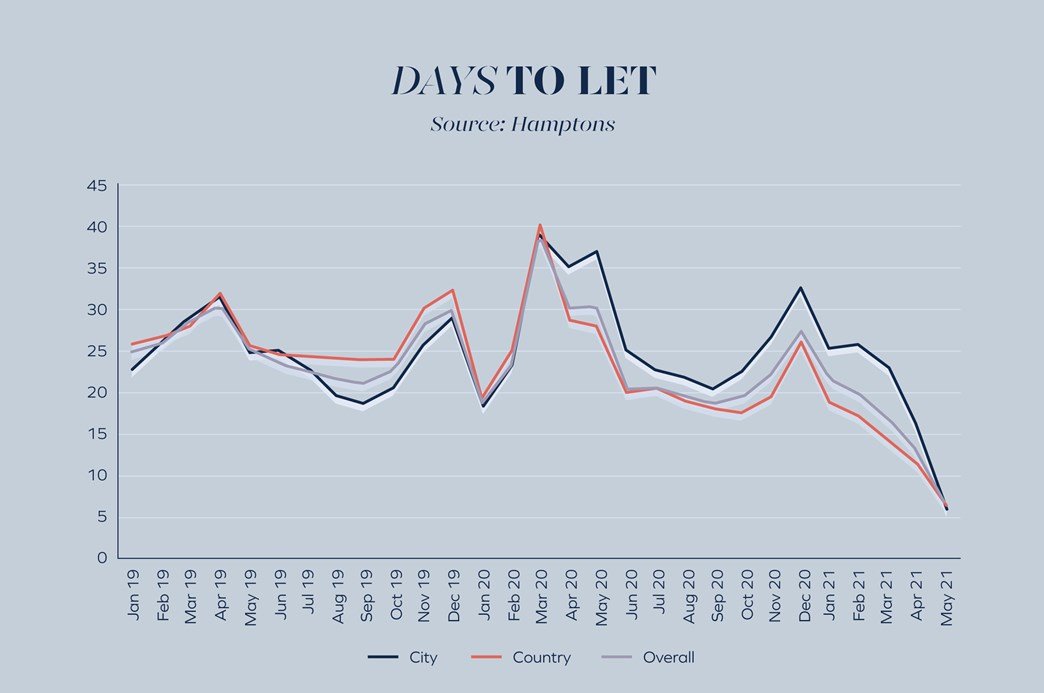