The rapid bounceback in lettings demand in recent weeks may be heartening, with enquiries starting to surge as soon as the government re-opened the housing market in mid-May. But, despite this evidence of the pent-up desire to move, the economic consequences of lockdown on tenants’ incomes seems likely to continue to affect the level of rents.

Meanwhile, April data provides early evidence of a possible longer-term shift in tenants’ preferences. Usually one-bedroom homes let most quickly. But in April, larger properties were the most sought-after, suggesting many people suspect that they will be working from home for a while and will be increasingly unwilling to tolerate the cramped conditions in small flats. It also partly represents signs of the shift we’ve seen in the number of people looking to leave London, with many searching for a bigger home.

The government’s order to stay home meant that the majority of tenants had little other choice but to extend their tenancies while in lockdown. As a result, in April it took an average of 29 days to let a home, an increase of five days over the same month of 2019 - the longest period since Hamptons International began its time-to-let analysis in 2013. At that time, it took an average of just 18 days to find a tenant in all regions. 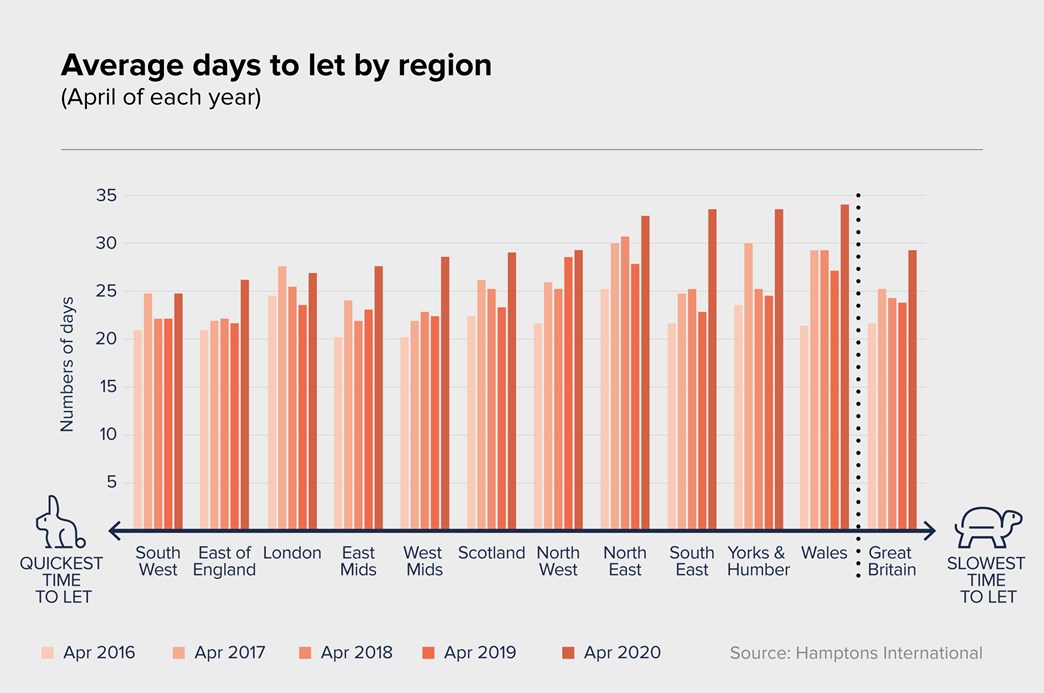 In April the slowdown was most marked in Wales, where a home that found a tenant had been available to let for 34 days, seven days longer than in April 2019. But Yorkshireand the Humber and the South East were also becalmed. In each of these regions, a home took an average of 33 days to find a tenant. In April 2020, the time to let a home in the South East was 23 days. However, the tempo was speedier in the South West where it took 25 days to let a home, only three days fewer than in April 2019. This may be another indication of the new allure of countryside and seaside locations to citydwellers spending lockdown in homes with little or no green space.

In London the average was 3.2% lower at £1,647, against £1,701 in April 2019. The average for the South East also declined by 2.4%. London and the South East were the only regions to record rent falls, and this reflects the areas where tenants’ incomes tend to be most stretched already. Unfortunately, this trend seems unlikely to change since the service industry jobs in these regions could be under threat this year, with jobs in hospitality and retail some of the most vulnerable. 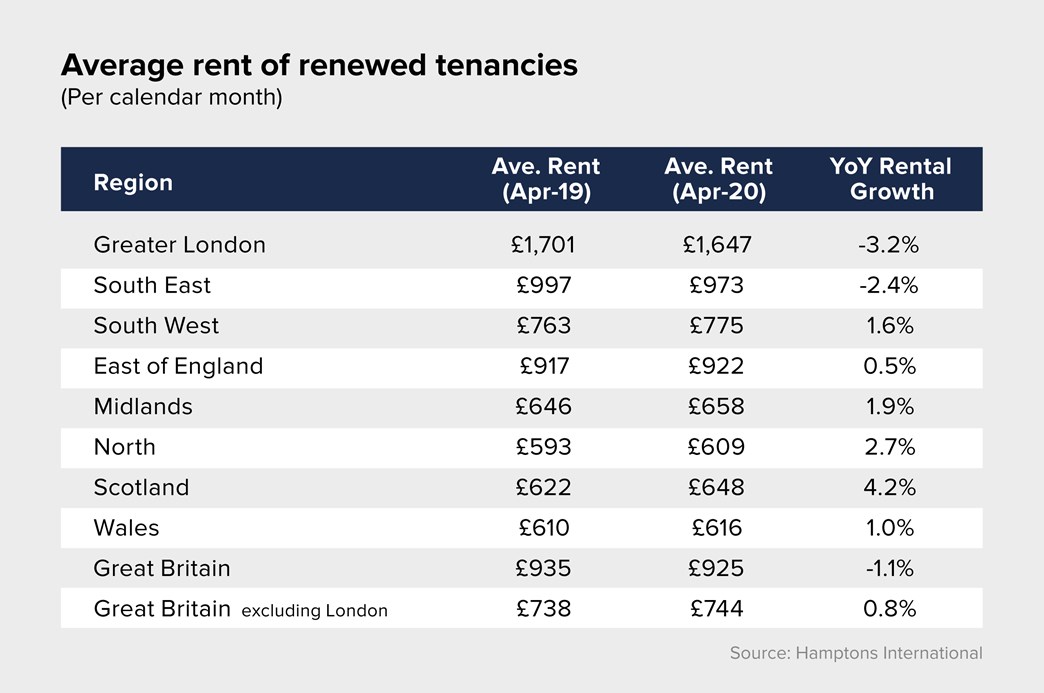