GENERAL
The latest trends in the lettings market have been underpinned by the squeeze on rental stock. Since the onset of the pandemic, 300,000 fewer properties have come onto the rental market than in the preceding 12 months.

The drop was most marked in the South West where 48% fewer homes were available to rent in February than at the same time last year; there were doubledigit percentage drops in every other region, apart from London.

Behind these falls lies a slowdown in landlord purchases until the final months of 2020. The emergency legislation requiring landlords to give tenants a six months’ notice period has reduced the number of homes becoming vacant.

The shortage of properties led to an 8% increase in rents outside London in the year to February, the highest figure since our index began in 2012. When London is included, the annual increase in rents was 5.6%, the fastest rate of growth since February 2015.

For the first time, there was double-digit rent growth in the South East and Yorkshire & Humber. As a result of the lack of homes, 50% of landlords could raise rents when agreeing a new tenancy, the highest figure since 2016. 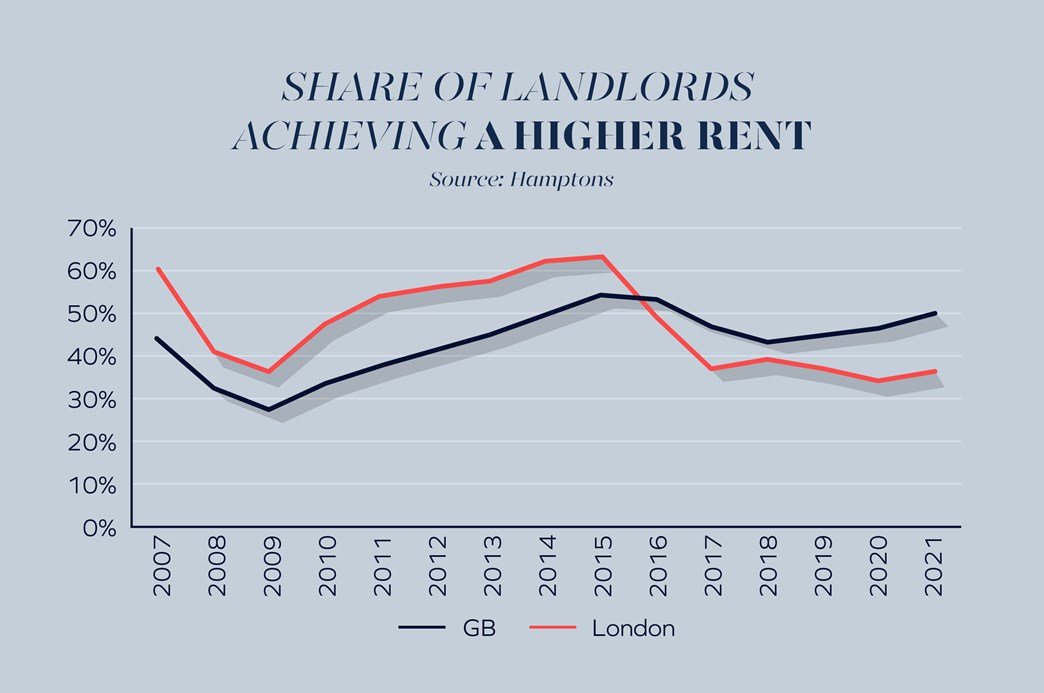 LONDON AND OTHER CITIES
The performance of the London market was in marked contrast to all other regions. The average rent for the region fell, following five months of rises. Only 37% of London landlords were able to secure higher rents – the lowest proportion anywhere.

Our data shows large variations in the performance of different parts of London. Across Greater London, there was a modest year-on-year decline of 0.2% in the average rent. But, in Inner London the average tumbled by 17.7%, the largest annual decrease over the course of the pandemic to date. As lockdown measures begin to ease, and offices, restaurants and shops reopen, we expect demand for Inner London rentals to rise again.

In Outer London, however, rents rose 5.3%, the sixth consecutive month of growth, underlining the demand for space and gardens.

The mood in other cities was also downbeat – tenant demand subsided by 10%. There were 16% more homes available to rent in cities in February 2021 than at the same time last year. This compares with a fall of 28% in towns and 52% in country locations.

OUTLOOK
There are signs that the supply of rental homes may no longer be diminishing. Landlords resumed their purchases at the turn of the year, eager to beat the original March stamp duty holiday deadline. The concession will now be withdrawn on June 30, after which the stamp duty threshold will be £250,000 until the end of September. The ban on evictions enforced has been extended until May, after which a “new approach” will be adopted.

To date, many tenants who hoped to buy have been forced to delay this as lenders required higher deposits. But this group should be helped by the plan, unveiled in the Budget, for a new mortgage guarantee scheme – all of which means we may have seen stock levels reach rock bottom. 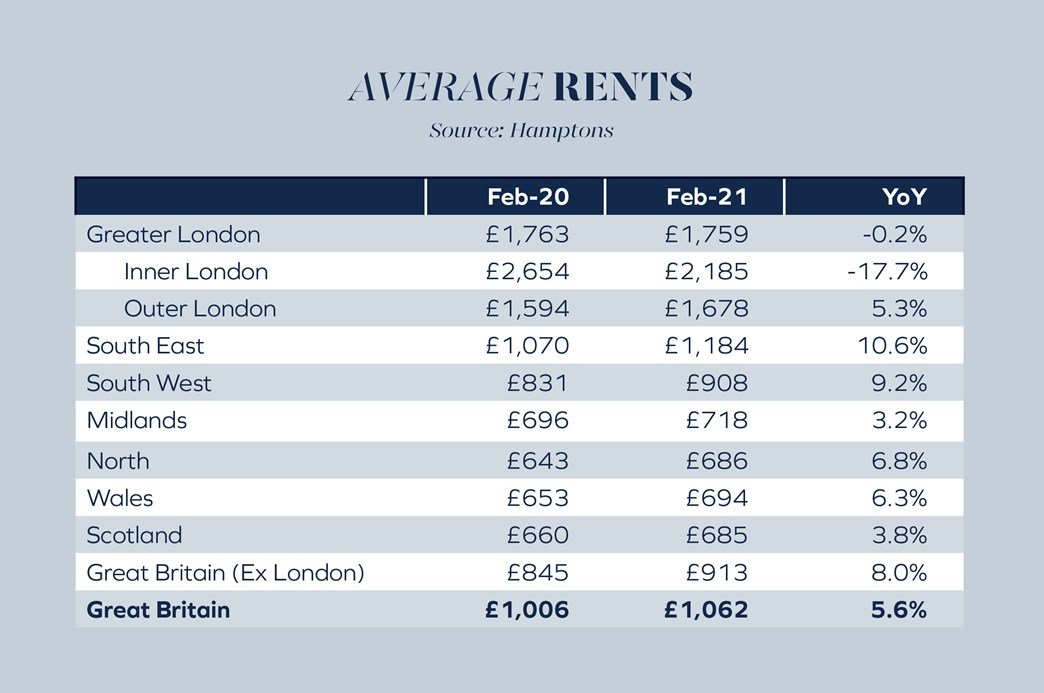