RETURN OF THE 5% DEPOSIT

We are now more optimistic about the outlook for the housing market this year. The extension of the furlough schemes should help retain jobs, the extension of the stamp duty holiday will incentivise households to move, while the reinstatement of the Help to Buy mortgage guarantee scheme will support up to 100,000 first-time buyers with small deposits.

The Help to Buy mortgage guarantee scheme has the potential to unlock sales, coming at a time when some lenders have retreated from the 95% loan-tovalue (LTV) space and with buyers able to use the guarantee on secondhand homes. In particular, it will help those with a 5% deposit who have struggled to obtain finance. The government will underwrite the first 20% of the property’s purchase price in return for a small fee from the lender. Since this makes lending to such borrowers less risky, banks and building societies should be able to offer lower interest rates.

The scheme is a reincarnation of an earlier iteration which ran from 2013 to 2016 and supported just over 100,000 purchases. Its popularity peaked in 2014 when it backed just over 38,000 sales, however the numbers fell in each subsequent year as more lenders returned to the higher loan-to-value lending market without the need for government support. It is likely that the rates offered by lenders this time round will be lower than they were last time. When the scheme launched for the first time in 2013, standalone 95% LTV rates were close to 5.0% (if a bank was even willing to lend), whereas this time round they are closer to 4.0%. 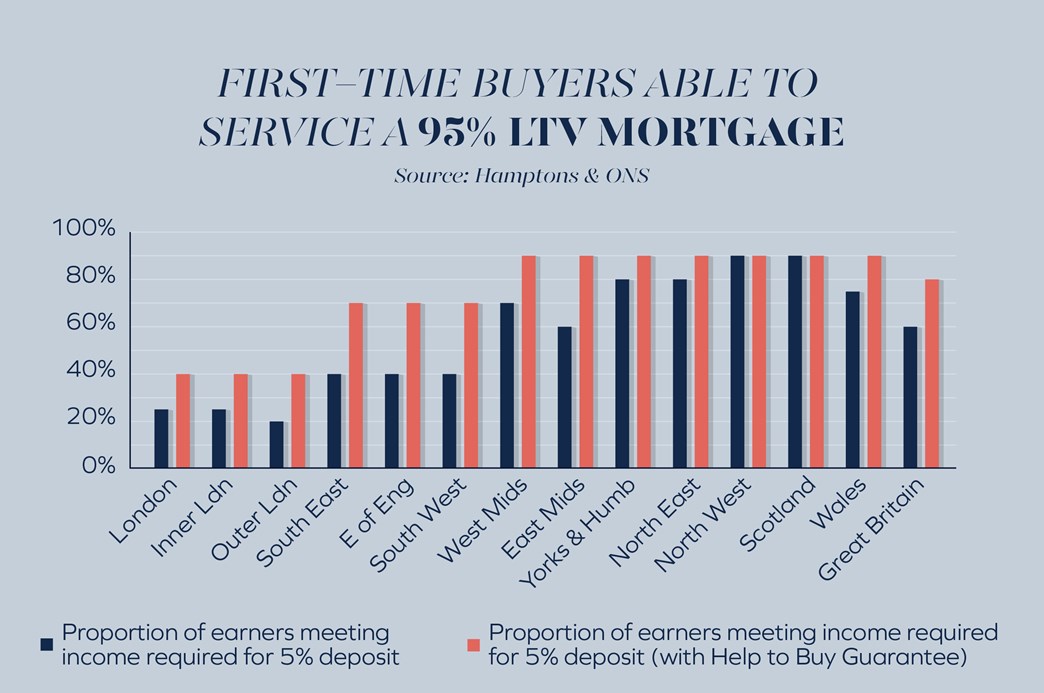 In reality however, it is unlikely rates will fall quite this far. Instead, lenders are more likely to pitch rates closer to Help to Buy Equity Loan style products, in the region of 2.5% to 3.5%, below rates on loans without this guarantee.

In similar fashion to the first time the scheme ran, it is likely to predominantly benefit buyers in the South rather than in the North given currently far fewer households in the South can afford to service a 95% mortgage. This is reflected in the take-up of the previous scheme which saw 58% of guarantees taken out on loans in England by buyers in the South (London, the South East, South West and Eastern England).