International buyers did not lose their taste for London real estate in 2020, despite travel bans. These househunters bought 30% of the homes that were sold in Greater London during the year. This compares with 27% in 2019 and 35% (a record) in 2018.

These buyers were spurred on by the stamp duty holiday, and also by the opportunity to beat the international buyer 2% stamp duty surcharge, a measure confirmed in the 2020 Budget that takes effect on April 1 2021.

The mood in Greater London was upbeat: 11% more sales were agreed than in 2019. By contrast, after a promising start to the year, the tempo in Prime Central London turned listless: sales agreed were 13% lower than in 2019. 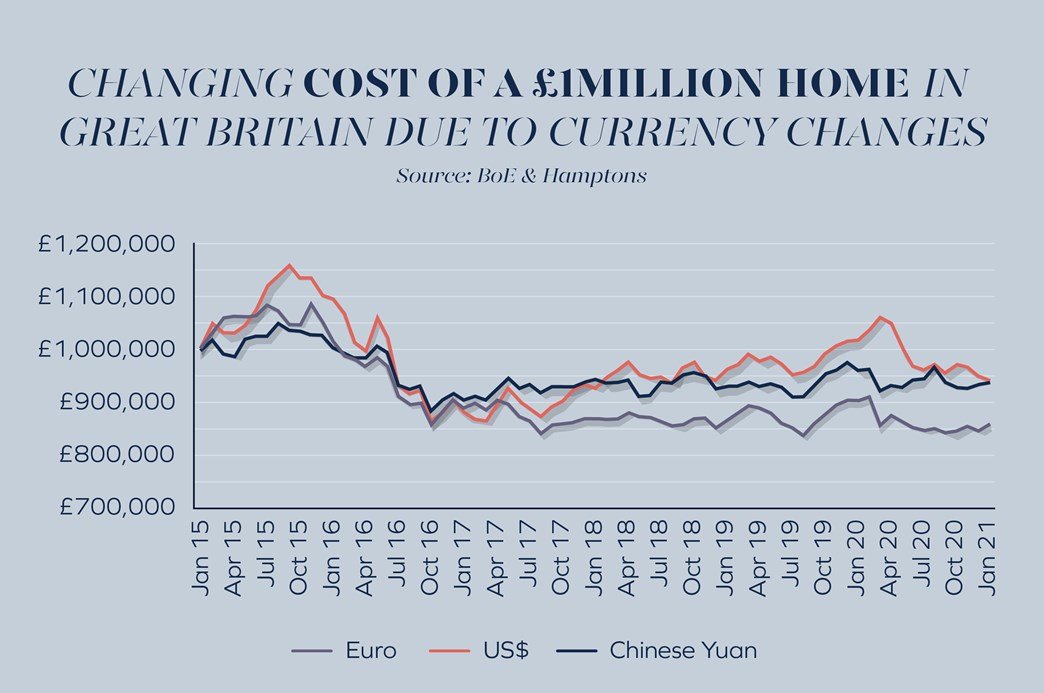 International buyers accounted for 49% of these sales, up from 45% in 2019. A mix of factors drove this demand, such as the weakness of sterling and the desire to snap up a home ahead of the Brexit deal. Political events around the globe, such as the new security legislation in Hong Kong, were another key motivation.

However, some of the increase can be attributed to a decline in competition from UK buyers, many of whom were heading for the suburbs, or the shires. International purchases in Prime Central London last peaked at 55% in 2018.

Buyers from the EU and Hong Kong led the search for a home in Prime Central London. EU nationals, many of whom were already renting in the capital topped the international sales league. They accounted for 23% of buyers, up 7% on 2019’s figure.

Purchases by people from Hong Kong also hit a record, rising from 2% of homes sold in 2019 to 8%.

Interest from the Middle East and India showed a small decline, but this was offset by demand from the US and South Africa. 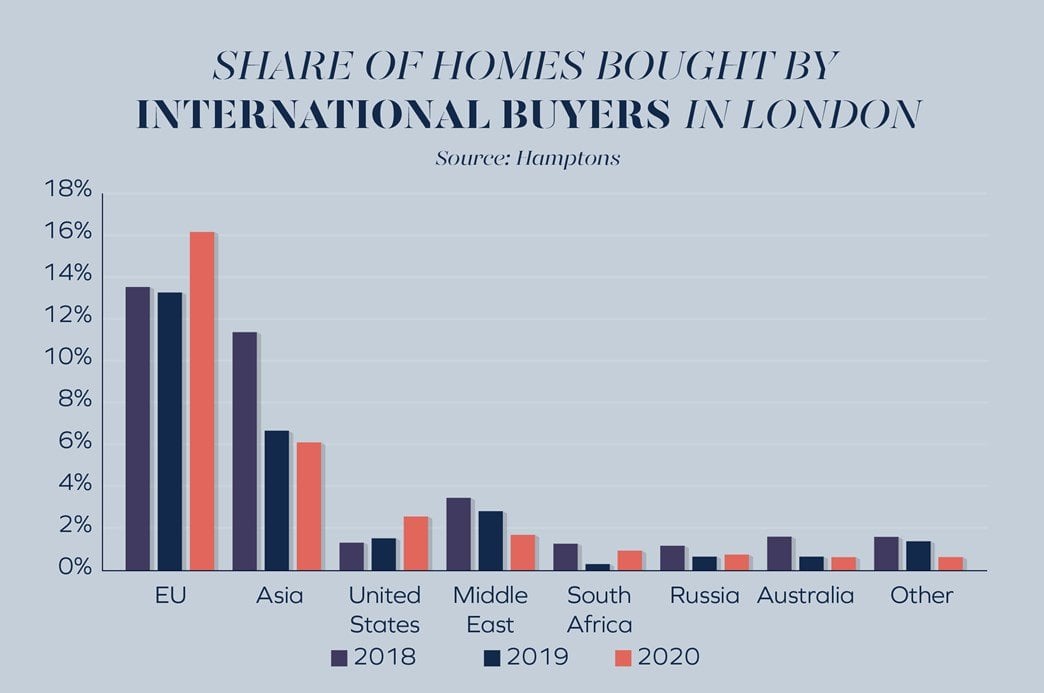 Activity was supported by sterling’s weakness. As a result of the dip in the currency’s value, a Prime Central London property that would have cost a dollar buyer £1 million in 2015 dropped to £951,000 last year.

For an EU buyer, the cost of such a property went down even further – to £846,000 due to sterling’s depreciation. But if we add in the downward move in prices in Prime Central London, the cost was an even more attractive £793,000.

Currency factors are among the reasons why we believe that the 2% stamp duty surcharge for international buyers – which takes effect on April 1 – may not have much of an impact, particularly in Prime Central London.

For an average international buyer, the total stamp duty bill on a £1 million main residence in England will increase from £28,750 (this reflects the tax saving from the stamp duty holiday) to £63,750. This is a substantial rise of £35,000, or 122%. Yet, it is outweighed by the currency advantage – for the moment at least.