Against a backdrop of fewer sales, international buyers purchased 49% of homes sold in prime central London last year, up from 45% in 2019. This figure stands below the 55% peak of 2018 and is in part explained by a drop-off in UK buyers, many of whom headed for the suburbs or further afield to the country.

The weakness of sterling, impending implementation of Brexit and upcoming introduction of a 2% stamp duty surcharge for non-UK residents all combined with various political factors across the world to support international buyer interest.

In prime central London there was a notable pickup in both EU and Hong Kong buyers. Hong Kong purchasers, who have been offered a favourable path to citizenship in the UK due to political uncertainties with China, focussed their search on London’s most exclusive areas. Here, they purchased 8% of homes sold in 2020, four times 2019’s figure and reaching the highest percentage on record.

In fact, Hong Kong buyers became the joint second most common buyer nationality in prime central London, tied with Middle Eastern buyers and behind those from the EU.

Nearly one in four (23%) homes in prime central London were bought by an EU citizen last year, up 7% on 2019. Many of these buyers were already based in London, but for various reasons decided that 2020 was time to set up home, or perhaps retain a base in the capital.

Travel restrictions have had more of an impact on Middle Eastern buyers, many of whom visit the UK during the summer. Last year buyers from the Middle East purchased 8% of homes in prime central London, the lowest share in seven years. Similarly, the proportion of homes bought by Chinese citizens also fell to the lowest share since 2013.

Sterling’s weakness is one of the factors that has supported international buyer activity over the last year. Due to sterling’s depreciation alone, a home costing £2m in 2015 would have cost a buyer purchasing with US dollars around £1.88m in January 2021. For an EU buyer, the price of a £2m property fell to £1.72m.

This 21% saving for an EU buyer, or 13% saving for those purchasing in US dollars is one of the reasons why we do not expect the upcoming 2% stamp duty surcharge on international buyers to have much of an impact. For the time being at least, international buyer’s currency advantage significantly outweighs any additional transaction costs. 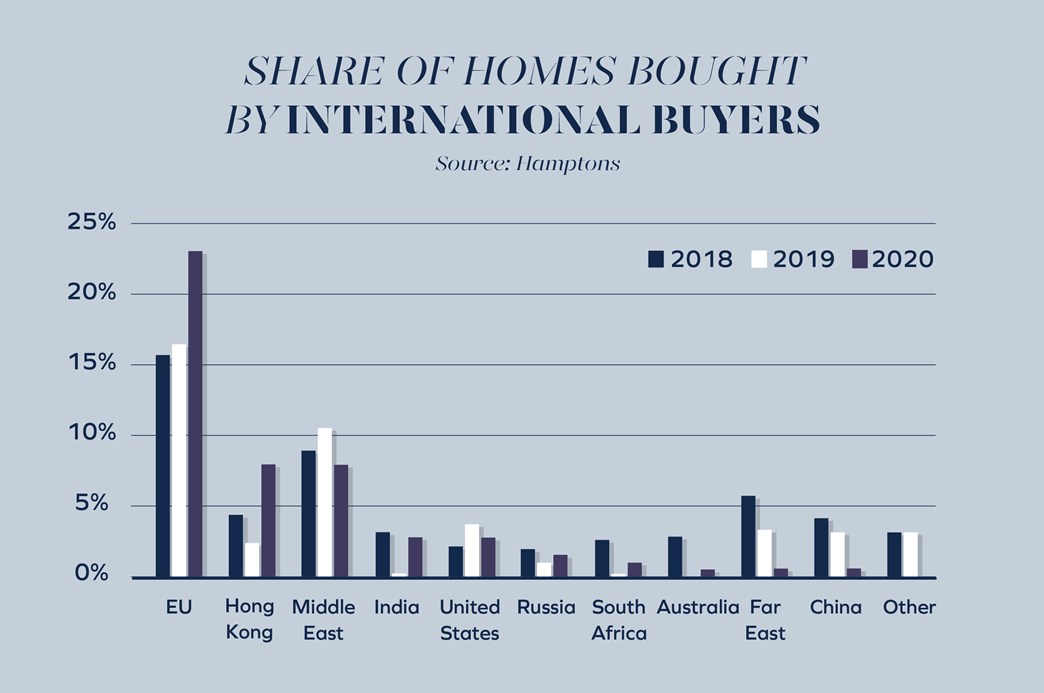 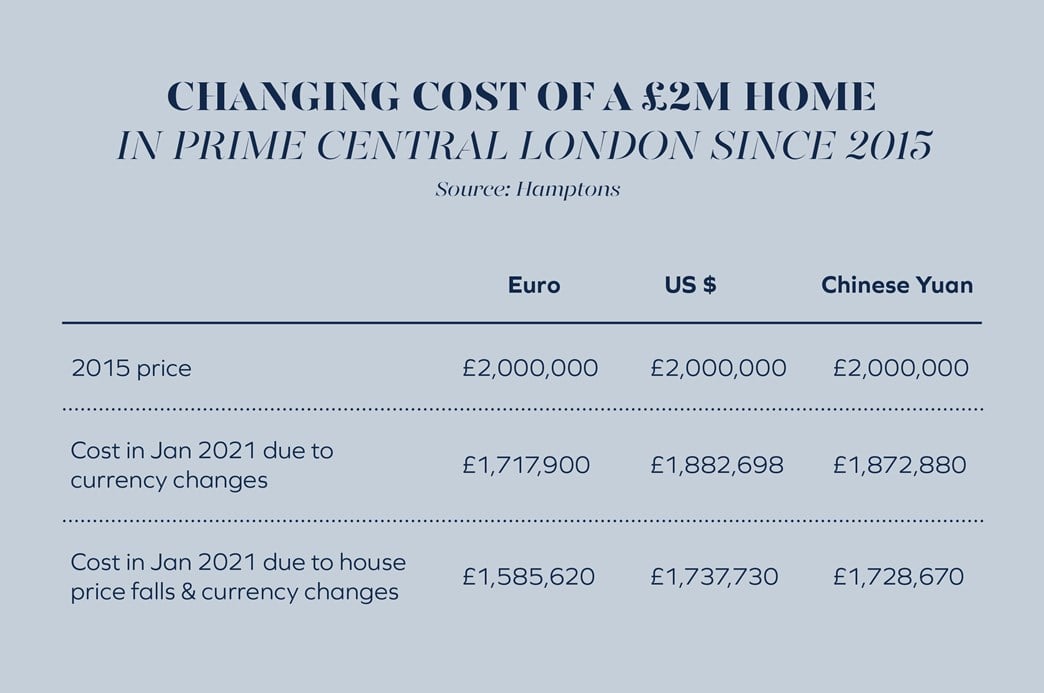