Most borrowers have rarely had it so good. Mortgage rates are falling to record lows, as lenders loosen their purse strings. Even higher loan-to-value (LTV) loans are becoming cheaper and more plentiful than they were a few months ago.

This represents a significant contrast to conditions in the early part of 2020. The Bank of England cut the bank base rate to 0.1% in March of that year to stimulate lending. But in response to the pandemic lenders raised the cost of loans and, in particular, of higher LTV deals required by first-time buyers and other borrowers with a deposit of 10% or less.

Lenders were fearful about the impact on customers of job losses and lower incomes. They also believed that house prices were at risk of a decline, driving some borrowers into the mire of negative equity.

As we now know, this did not turn out to the case. The economy appears to be recovering at speed, and economists are upgrading their forecasts for the rest of the year and for 2022. Property values are moving upwards, propelled by the more optimistic outlook for GDP growth and by the hugely successful vaccine roll-out. 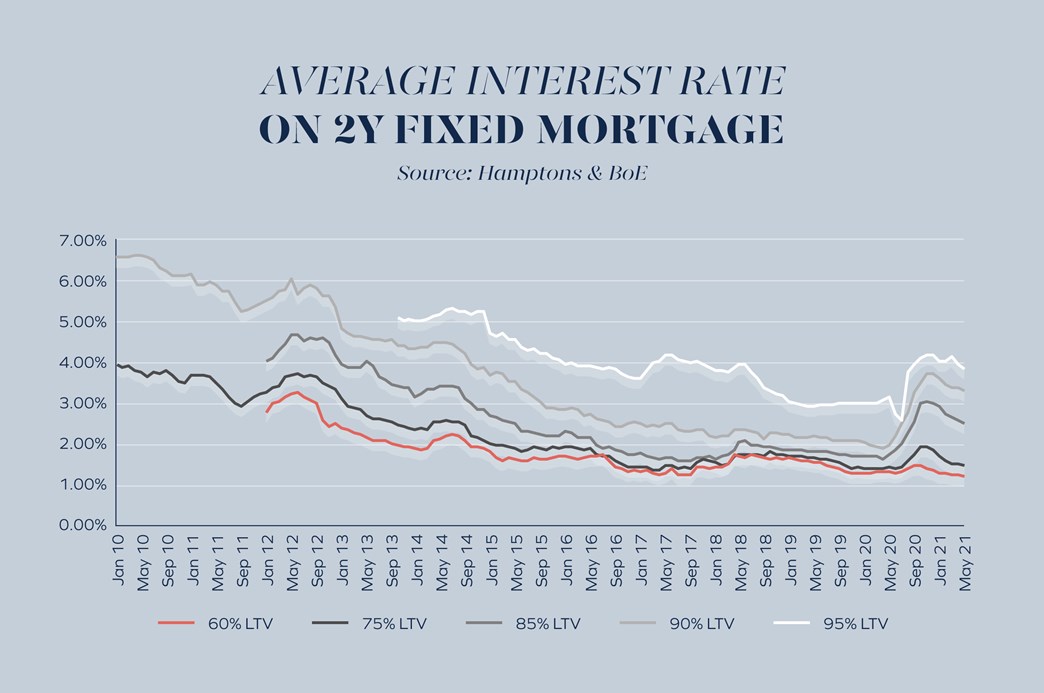 In response, lenders are now cutting rates which are nearing their prepandemic level and making higher LTV loans available once more, following their near-disappearance. The government’s mortgage guarantee scheme – which aims to encourage lenders to offer 95% loans – has stimulated the growth in this part of the market. The typical rate on a 90% loan, fixed for two years is 3.32%, down from 3.75% in December 2020.

Despite the reductions, however, higher LTV deals are still more expensive than they were before the pandemic. Their cost remains prohibitive for many first-time buyers; close to a third of this group will fail to meet the income criteria required for a 90% loan.

Lenders are showering their largesse on mortgage applicants who have built up considerable equity in their homes. Rates on 60% LTV loans hit an all-time low in May. The typical rate on such a loan is 1.20% against 1.31% pre-pandemic. Such is the competition among lenders that deals below 1% are now on offer.

There are however concerns that the economic rebound may put upward pressure on inflation, raising the possibility of a rise in the base rate. The Bank of England’s inflation target is 2%. The Bank’s latest forecasts are based on the assumption that the base rate will increase from 0.1% to 0.3% in 2022 and to 0.65% in 2024.

Yet we still expect that the cost of mortgage rates, particularly those of the higher LTV type, will continue to decline, although it is possible that 60% LTV deals may already be close to their lows.

The cost of all types of deals may begin to edge up in 2022, but given the bank base rate forecasts, changes are likely to be minimal, if they are passed on to borrowers at all. 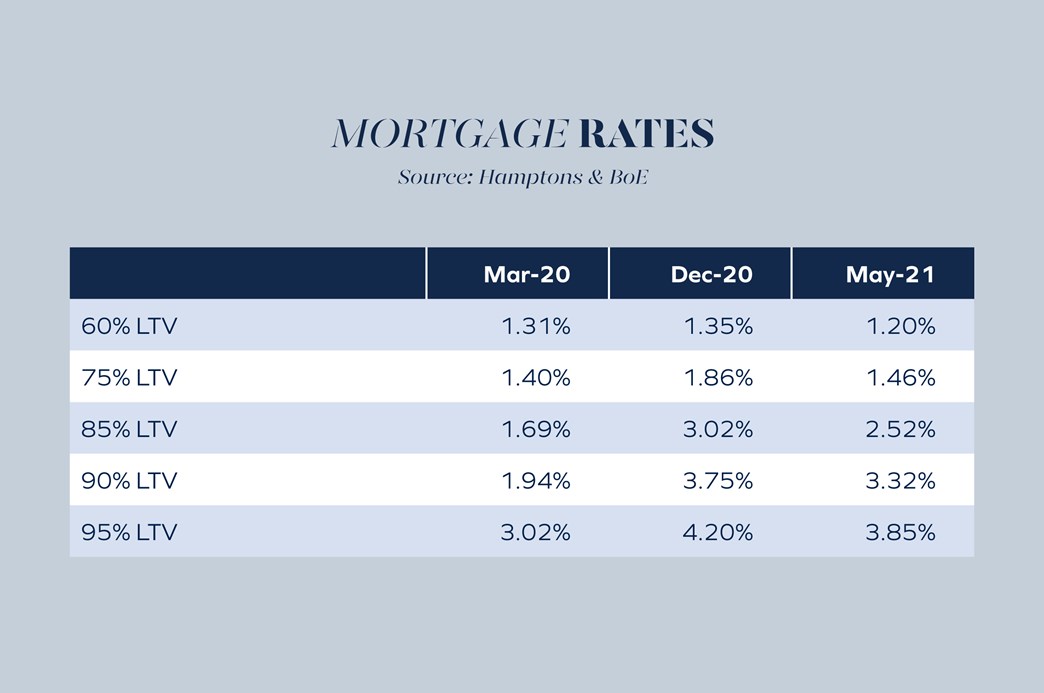