Londoners spend a record £54.9BN on property outside the Capital

2021 is likely to mark the largest outmigration from London for at least a generation. This year, it’s likely that Londoners will purchase 112,780 homes outside the capital, the highest number since 2007 (when a total of 1.7 million transactions took place across Great Britain) and a 42,970 or 62% rise on 2020. 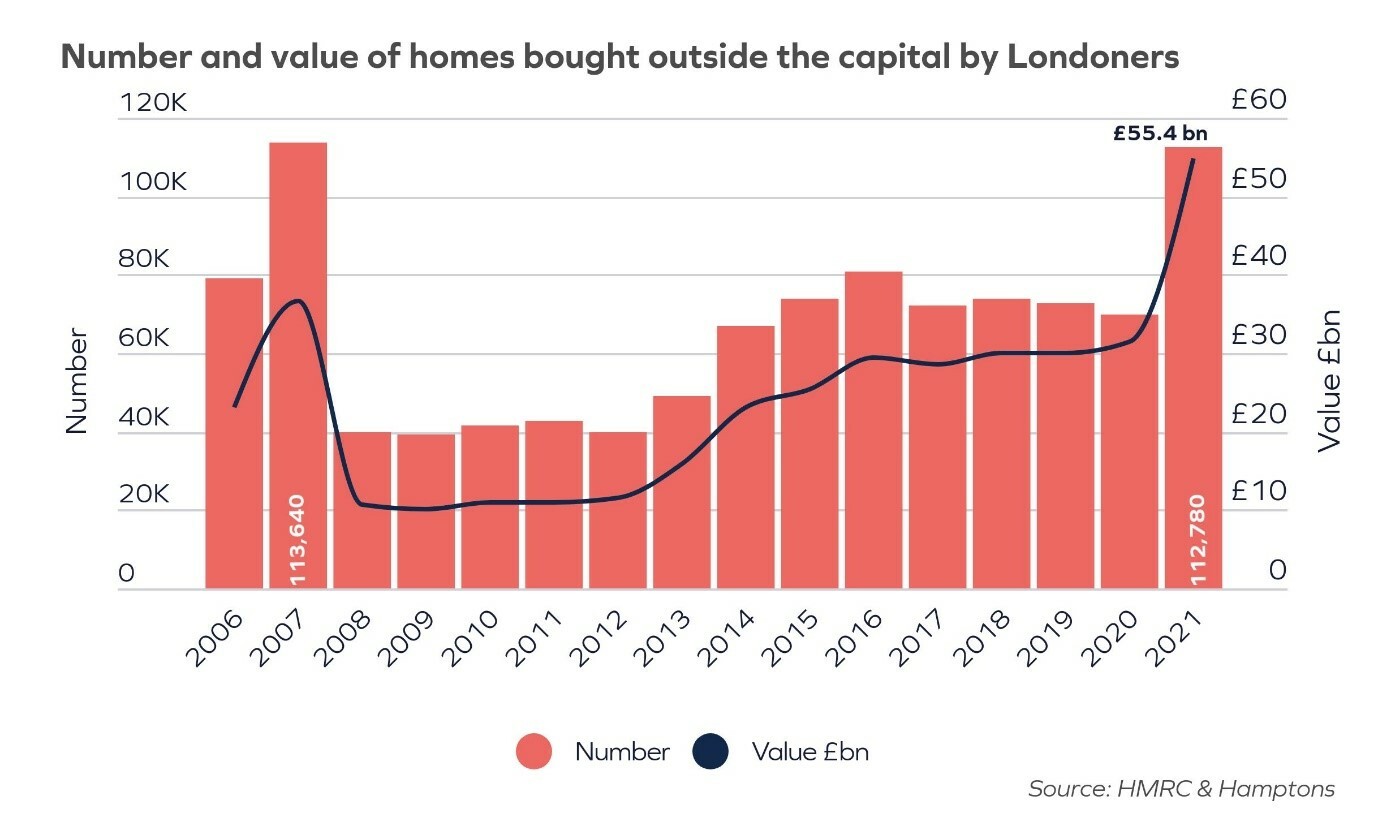 A rise in flexible working combined with affordability barriers have meant that more first-time buyers have left the capital than ever before. While those selling a home in London to make a permanent move out of the capital accounted for the majority (57%) of buyers purchasing elsewhere in Great Britain, first-time buyers made up nearly a quarter (24%) of Londoners buying outside the capital this year, the highest share on record.

In fact, 38% of London-based first-time buyers left the capital to buy their first home this year. The capital’s loss is the home counties gain with these buyers prepared to move 24% further than before the pandemic began, taking their wealth and experience with them.

Overall, we estimate that London leavers making a permanent move (i.e. owner-occupiers) outside the capital bought 91,750 homes this year, 59% more than in 2020. Meanwhile London-based investors and second home hunters made up 19% of buyers, up from 17% in 2020. Together they will have bought 21,030 homes outside the capital in 2021. 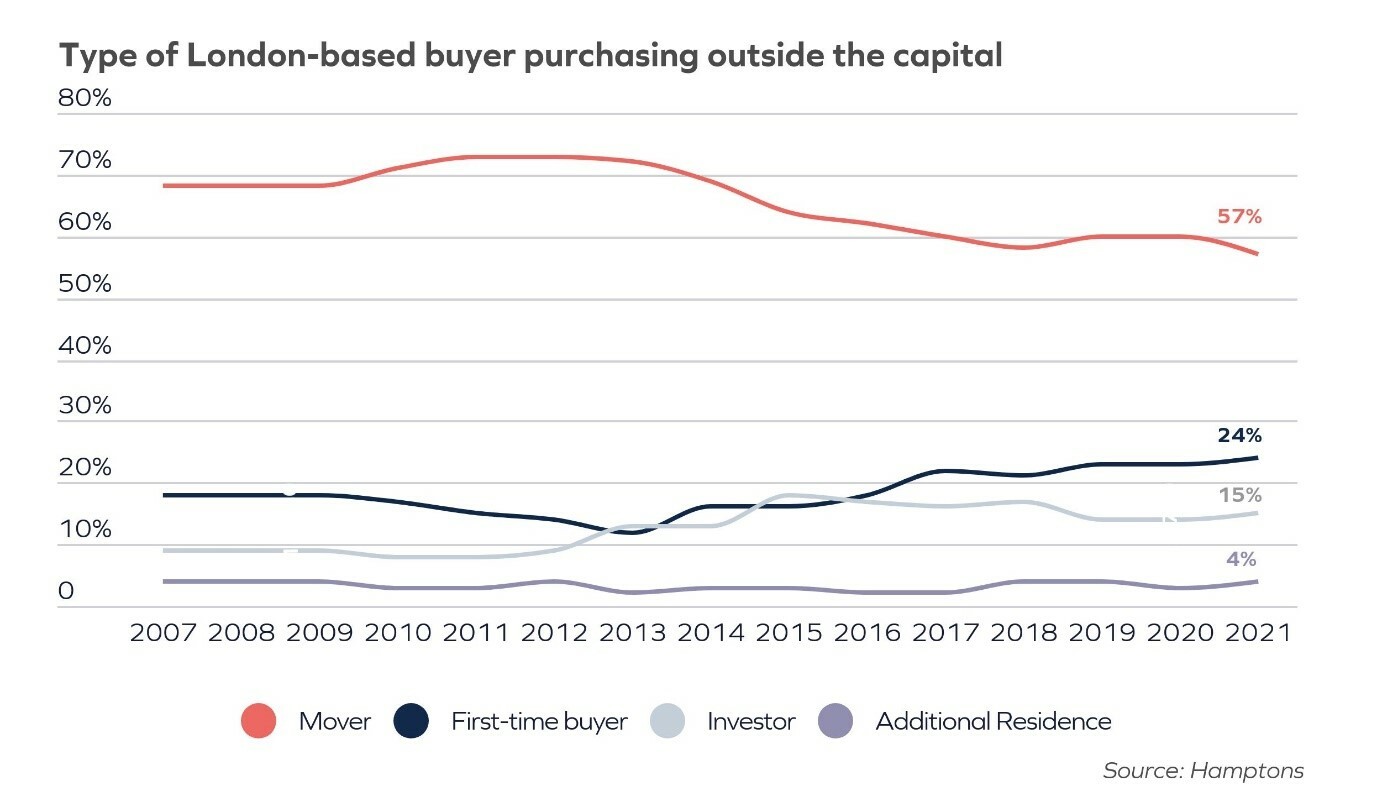 How much do they spend? 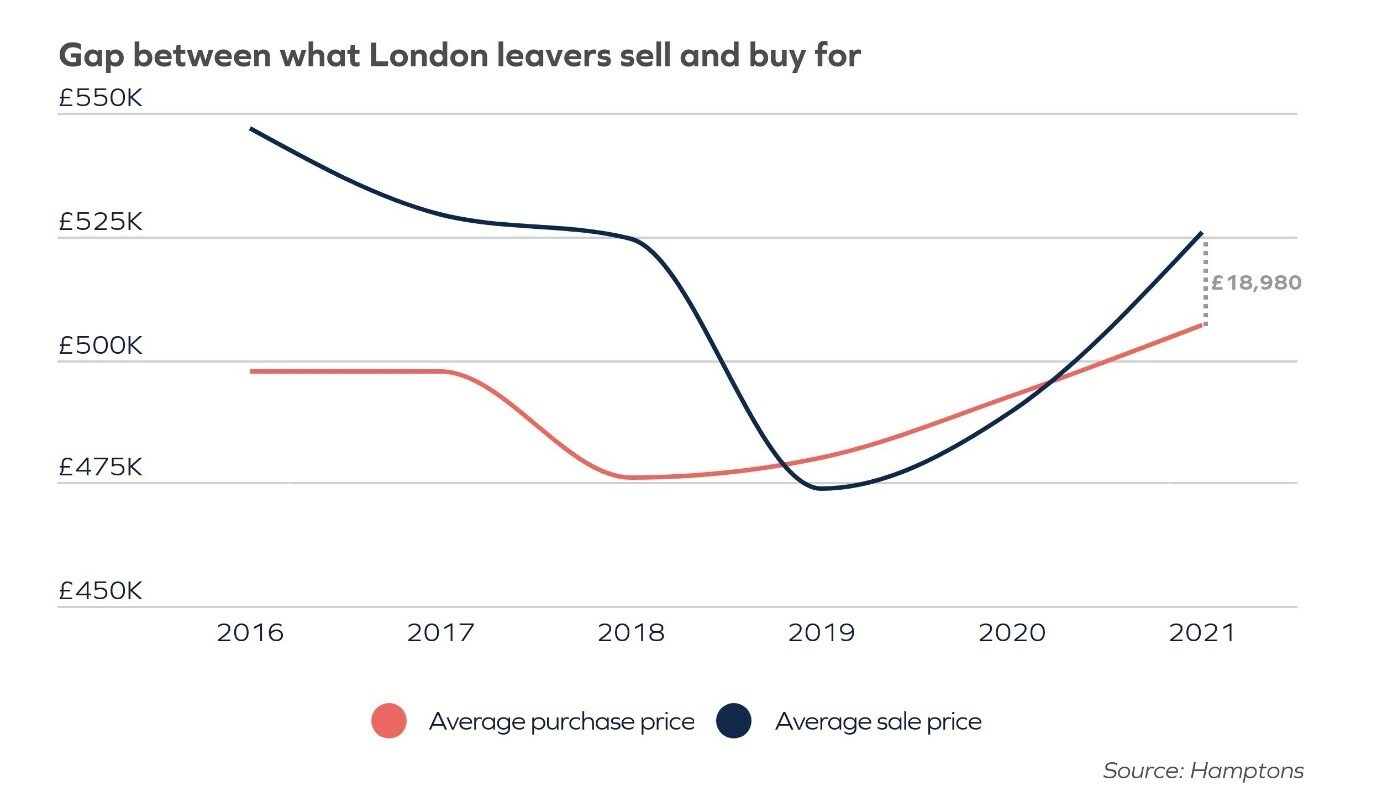 Where do they buy?

The opportunity to work from home has meant Londoners are moving 23% or 6.4 miles further than pre-pandemic times. While most London leavers want to retain links with the capital, the average London leaver moved 34.7 miles away this year. This is roughly the distance from Kensington to Henley-On-Thames or Crawley.

The increase is also partly because more Londoners are leaving inner boroughs than ever before.

Moving an average of 34.7 miles means 76% of London buyers purchased their property in Southern England. Dartford is the favoured destination for movers selling up in London, while Londoners made up the highest share of first-time buyers in St Albans this year.

While movers and first-time buyers are keen to retain links with the capital, second home buyers and investors are prepared to look a little further. Nearly one in three (32%) London-based investors purchased their buy-to-let in the North in search of higher yields this year.

The South East remained the most popular destination for second home hunters with Arun in West Sussex topping the local authority list, however 23% headed further to the South West this year. 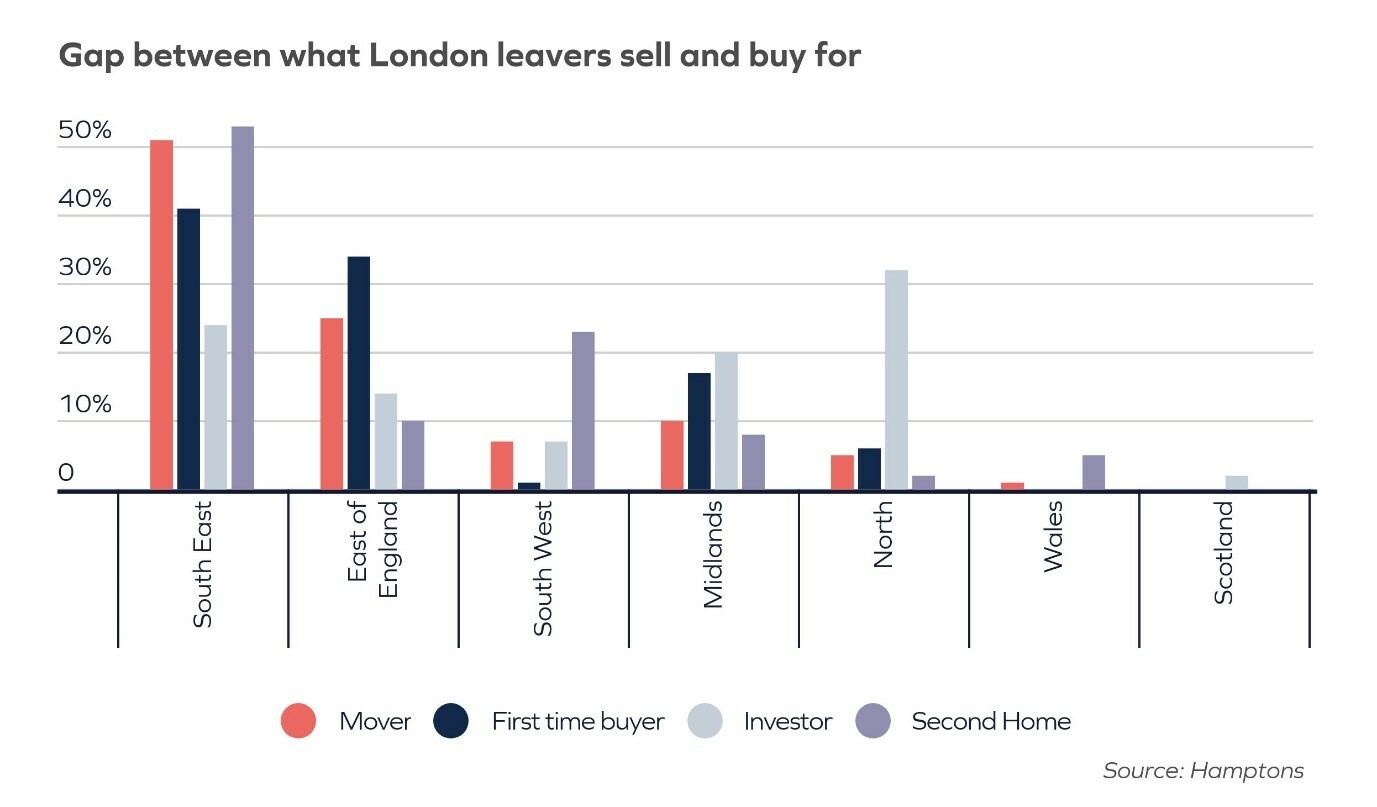 Will this trend continue?

There are still many uncertainties about what long-term impact the pandemic will have on the way we live our lives and how we work. It seems likely that hybrid remote working is set to continue in some form, which will keep outmigration numbers above pre-pandemic norms. However, after this year’s frenzy, we expect the numbers to fall back a little, particularly as house prices outside the capital are set to continue outperforming London over the next few years.

We expect to see London purchases outside the capital average around 85k in both 2022 and 2023, around 10k more than during the five years leading up to the pandemic.