Is London really falling out of fashion?

One of the most typical responses to the Coronavirus pandemic has been for movers to flee big cities, particularly London.  Whilst London outmigration has always been a trend, usually driven by families reaching lifestage milestones, the effects of lockdown seem to have heightened this drift.  But coronavirus has also brought a wave of “reverse movers” who are leaving the countryside and buying in the capital.

Between July to September this year, one in four homes sold in the capital were bought by people based outside of London.  This marks a 4% rise on the same period of 2019 and has reached the highest share on record. 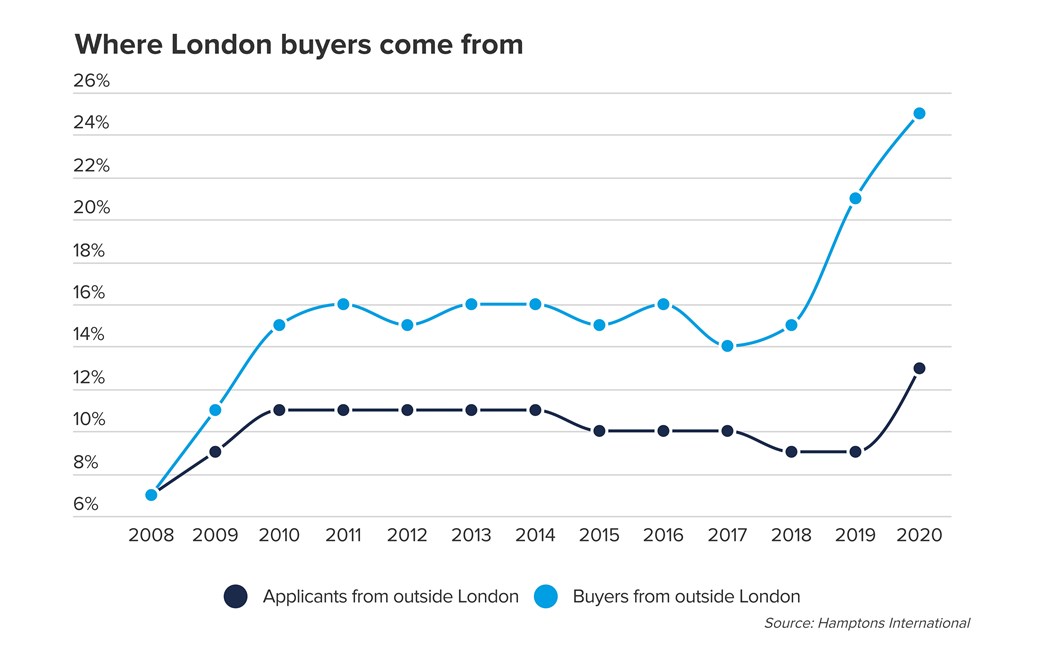 The majority (75%) of those moving into London are leaving other smaller towns and suburbs, while 25% are coming from the countryside.  And it’s the South East where most London buyers come from.  Tandridge in Surrey is the most popular origin for buyers purchasing in London, followed by Epping Forest and Brentwood.

With an average budget of £675,950, the majority of buyers moving into the capital are movers who have already built up equity in their existing home.  Just 34% of those making the move into the capital were first-time buyers.

The most popular areas for buyers moving into the capital are a mix of leafy suburbs and prime city locations.  Kingston-Upon-Thames ranks highest, where a third of house hunters came from outside the capital.  Bexley, Brent and Lambeth follow, where more than one in five prospective buyers are moving from outside of London.  Richmond, Islington and Kensington & Chelsea also appear in the top 10.