Buy-to-let yields in the South start to rise

The North of England and the Midlands have dominated buy-to-let in England in recent years, but there are signs that yields are increasing in the South, which is, in turn, attracting more investors.

Our analysis looked at the top 20 places where most homes have been bought by investors so far this year, as well as the places where yields have risen. Perhaps unsurprisingly, the two are linked.

Most investor hotspots are still in the Midlands or the North – they account for 14 of the top 20 local authorities for investor purchases, with Oldham, in Greater Manchester, taking the crown. So far this year, landlord purchases have accounted for half of all sales in Oldham, with investors paying an average of £98,100 for a buy-to-let property. 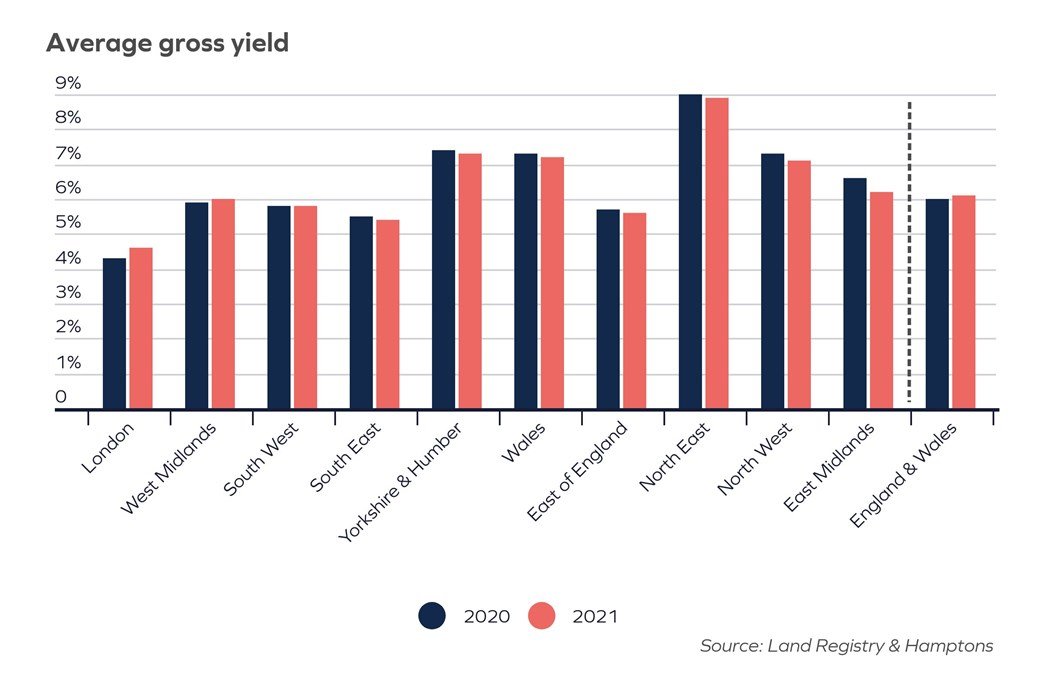 This southern shift has also been reflected in the yields being achieved on new buy-to-let purchases, with small rises in yields in southern regions compared with falls further north as price growth has outstripped rental growth.

Of the top 25 local authorities where rental yields have risen this year, 14 are in London, the South East, South West or East of England. On a regional basis, London has seen the biggest year-on-year increase in gross yields – they have gone up by 0.4% to an average of 4.6%. Strong house price growth has meant that the East Midlands has seen the largest annual falls in gross yields – of 0.4% to 6.2% – while the North East retains the accolade of having the highest gross yields of any region, at 8.9%.

Hackney, in east London, has seen the largest increase in yields of anywhere in England and Wales on the back of a strong recovery in rents coupled with house prices that have remained static. Here, gross yields have increased by 2% year-on-year to 6.2%. Lambeth and Islington are the other two local authorities in the capital that have seen gross yields increase – respectively, they have risen by 0.8% to 4.4% and by 0.6% to 4.5%.

Over the next couple of years, we expect continued yield expansion across the South of England and London in particular. Here modest house price growth will be outstripped by rising rents which will increase yields on offer to new investors, closing the yield gap between the north and the south. While further north yields will, to a degree, be compressed by house prices rising at a much faster rate. 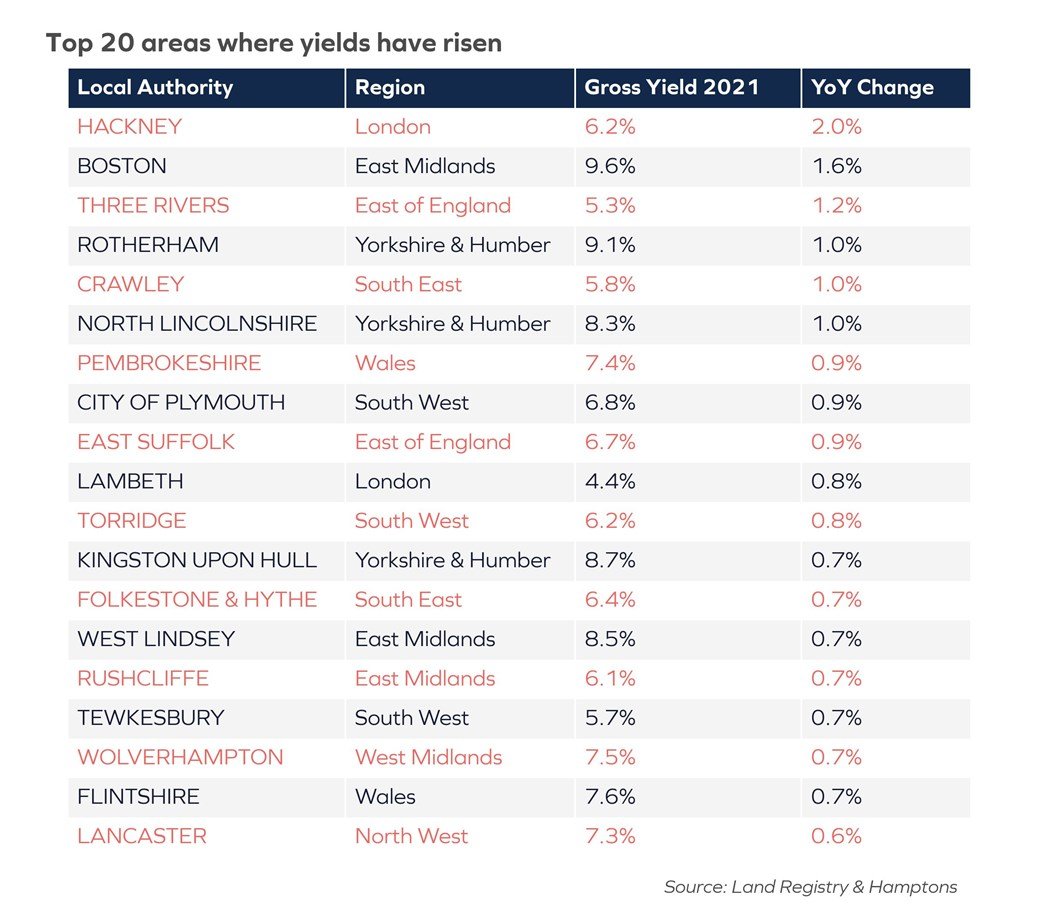