It seems as though Covid-19 has, for many of us, shone a spotlight on how we live our lives.  Lockdown may have shrunk our world to the size of our home but for many it also opened up freedoms and the prospect of a new life.  For some this has meant swapping city living for a rural idyll, but for others it’s been the complete reverse.

Since April, 14% of applicants registering to buy a home in London came from outside the capital.  This is up from 9% on the same period a year ago and is the highest share since our records began in 2008. 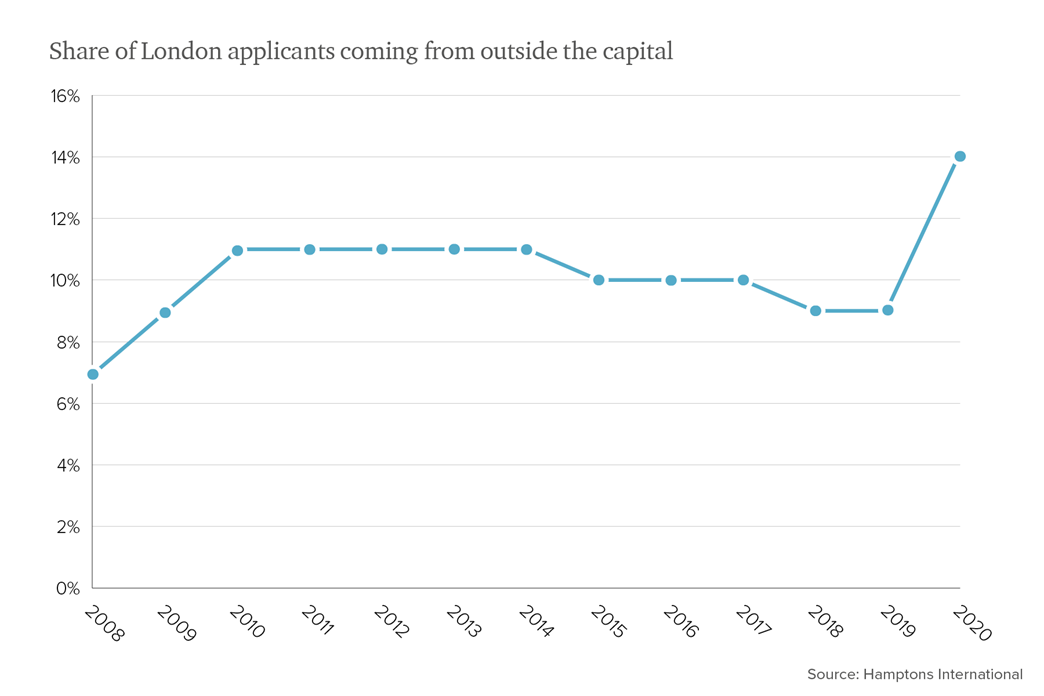 Budget-wise, the average country-based applicant looking to buy in the capital, came to London with £684,300 to spend.

Most of these buyers (55%) are coming from the South East, but their numbers have risen 5% on last year.  29% are from the East of England, while 6% are from both the South West and Midlands.

Many of these would-be movers are wanting to move closer to family and friends in the capital.  But with changing work patterns some are deciding to reverse the location of their main home. These are people who are swapping their primary residence in London for a larger property in the country and a pied-à-terre in the city.

For some though it’s just wanting to be a part of the heartbeat of the capital.  And while this may mean downsizing, it can also mean a more streamlined way of living.  Smaller gardens and smaller homes provide more free time to enjoy the best of what the capital has to offer.

The majority of applicants moving into London are general movers (67%), while 25%, or one in four, are first-time buyers.  We’ve seen a 1% year-on-year increase in general movers as well as those looking for an additional residence, such as a small city apartment.  But country-based applicants on the hunt for a second home make up only 3% of those wanting to move into the capital.

So where are these applicants looking?  Kingston upon Thames in South West London tops the list.  Since April, 20% of applicants registering in the town to buy a home currently live outside the capital.  Camden, a popular inner city borough, follows at 14%. 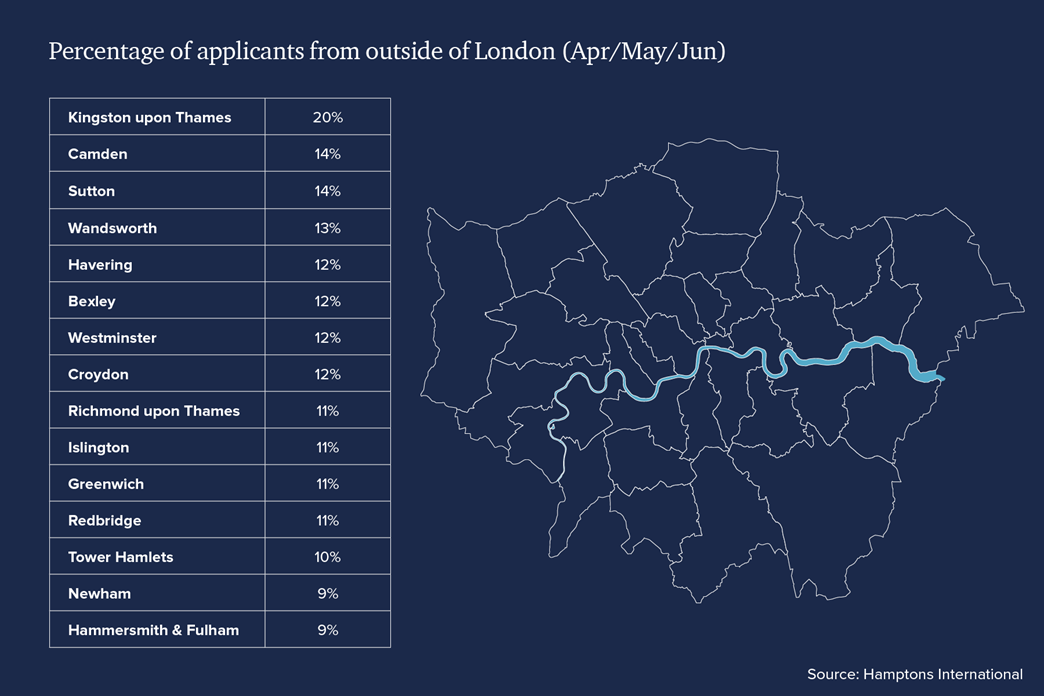 The top 15 boroughs with the highest share of applicants coming from outside London reveals a mix of leafy outer suburbs with space to stretch as well as bustling inner city zones with pied-à-terres a mere walk or cycle away from work.

The way in which we live our lives is constantly changing, but for some the last few months have fast-forwarded the decision making process on what they want and where they want to be.  And while the country may have won out for many townies, for some of those already in the country, it’s all about loving London.