A YEAR INTO THE PANDEMIC

How is the economy really performing and what lies ahead? What shape could the recovery take? The January growth numbers and March Budget data provide some of the answers to these pressing questions.

The January numbers – the first monthly set of data since the UK officially left the EU – help us to understand how the economy has fared through the third lockdown.

Gross domestic product (GDP), the most common measure of economic growth, is estimated to have fallen by 2.9% during the month, as a result of government restrictions. The slowdown left the UK economy 9% smaller than at its pre-pandemic peak. But the GDP drop was considerably less than many economists expected; it also contrasts with the 18% slump in April 2020 during the first lockdown.

In January non-essential shops were closed, office workers mainly continued to work from home and millions of children were not in classrooms. Hospitality venues were shuttered, contributing to a 3.5% decline in the services sector activity. But the construction sector bucked the trend, growing by 0.9%.

The total value of EU imports tumbled by 29%, while exports slumped by 40%, the largest monthly decline since records began in 1997. This may be a temporary phenomenon, as businesses in the UK and EU adjust to the new rules, but we should not underestimate the impact on the economy. 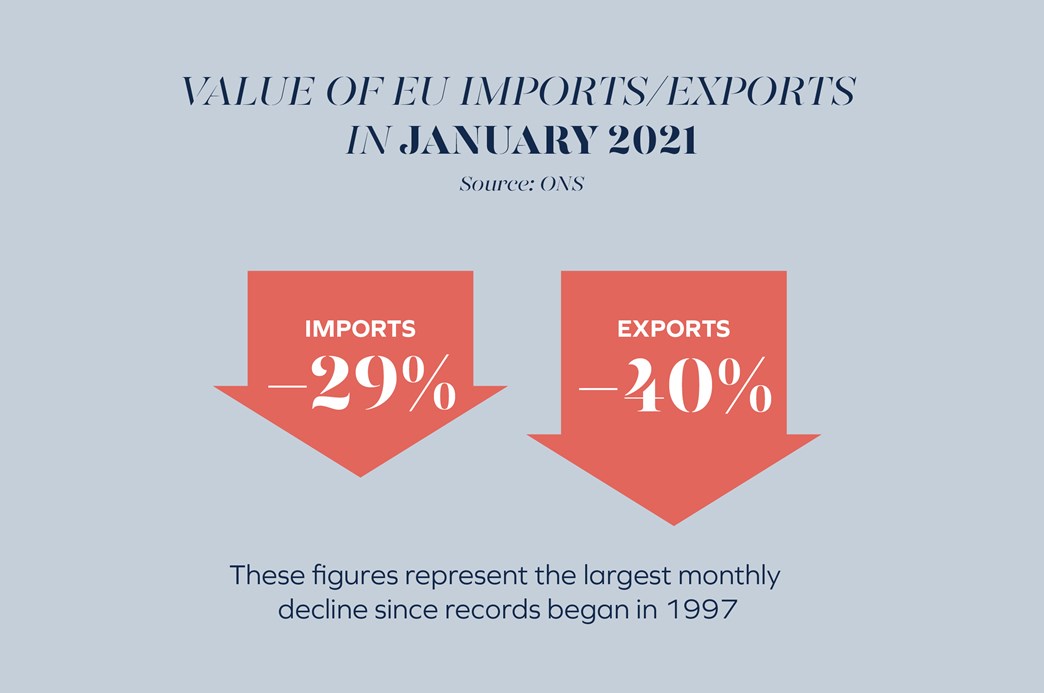 However, there was a degree of optimism in the air when the independent Office for Budget Responsibility (OBR) updated its economic forecasts as part of the Budget. The economy is forecast to grow by 4.0% this year, accelerating to 7.3% in 2022 – the fastest rate since records began.

The Chancellor extended the Coronavirus Job Retention Scheme until September. As a result, the OBR – which had forecast in November that employment would peak at 7.5% – downgraded this to 5.6%. This would be – by far – the lowest unemployment peak in any recent recession, despite this being the deepest downturn for 300 years.

Of course, much can change, and quickly. Also, the prospects for the economy depend hugely on how quick and effective the vaccine rollout will be. There are reasons to be optimistic. But it’s worth remembering the extent of the damage that has been inflicted on the economy, and the impact on millions of lives and livelihoods, all of which comes at a cost. 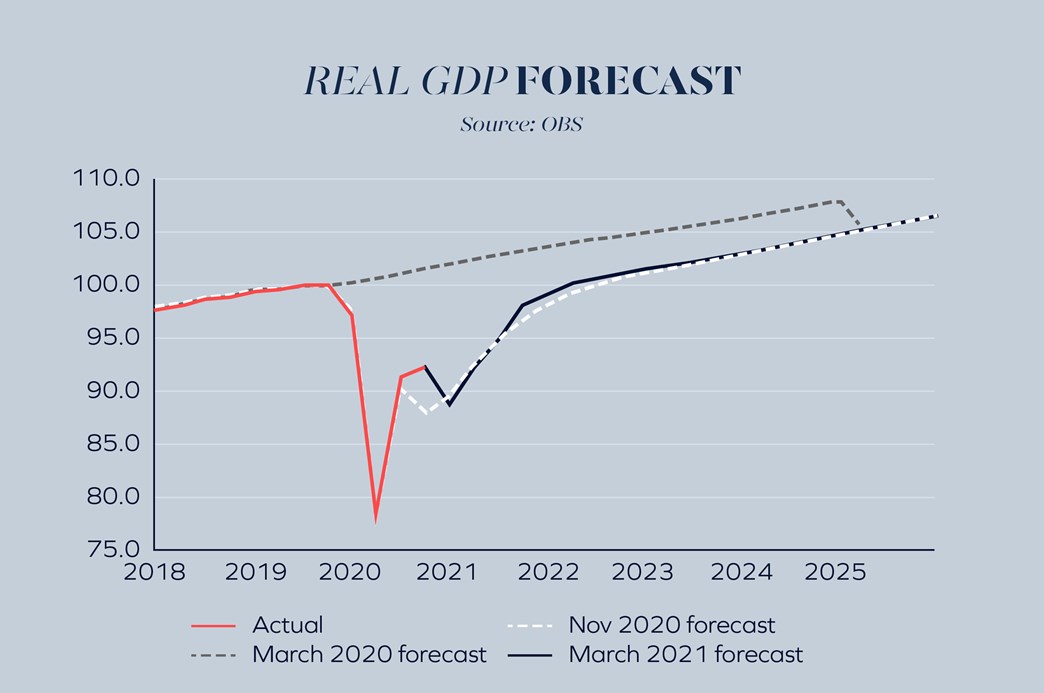