The UK Census was first conducted in 1801 during the reign of George III, in an exercise designed to elicit information about households amid economic concerns over population growth. Subsequently it has been run every 10 years, with only one postponement in 1941 at the time of World War Two.

The exercise provides unique insights into lifestyles and changes in society, and it is expected that the 2021 Census will reveal some significant shifts over the past decade.

Here we examine how three propertyrelated trends may emerge from the 2021 Census: homeownership rates; where we work, and how we live. It is reasonable to assume that the pandemic has had a significant influence on some of these trends.

HOMEOWNERSHIP RATES
The last Census was held in 2011. The buy-to-let market was booming and the homeownership rate was declining. The number of households who owned a home of their own in England and Wales stood at 64% and fell further to 63% in 2015, according to the English Housing Survey, marking a low point.

Landlord tax reforms appear to have reversed this trend, with the results of the 2021 Census likely to show that the homeownership rate is once more above its 2011 level at about 66% – which would be close to an all-time high.However, it also appears probable that the private rented sector in 2021 will be slightly larger than it was a decade ago, although smaller than in 2016. The increase in the number of privately rented households over the past 10 years has partly offset a reduction in the supply of social housing over the period. For the moment, the pandemic seems not to have had any material effect on tenure. 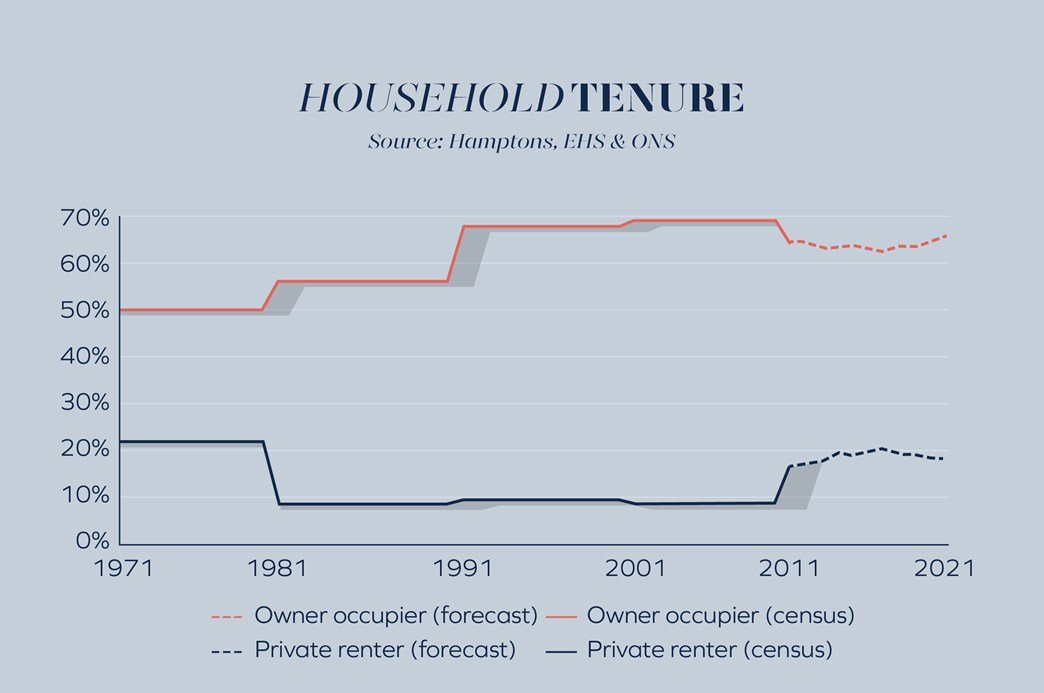 WHERE WE WORK
Just 10% of the population mostly worked from home in 2011, against 9% in 2001, meaning most people still lived within commuting distance of where they worked. The latest Office for National Statistics (ONS) surveys suggest that, in the months leading up to the start of the pandemic, the number of people working from home on a regular basis had risen to 12% over the previous 10 years.

However, the timing of the Census means that it is likely to show that about half of the workforce, are working from home, with 57% of workers in London doing so.

Unsurprisingly, this major lifestyle change has been accompanied by a decline in commuting. The Census may show that about 600,000 people are commuting daily into London, fewer than in 2001. The 2011 Census cited that 795,000 people were commuting daily into London, but this number is thought to have increased as a result of outward migration in following years. We believe this figure would be close to 1,000,000 today without Covid. 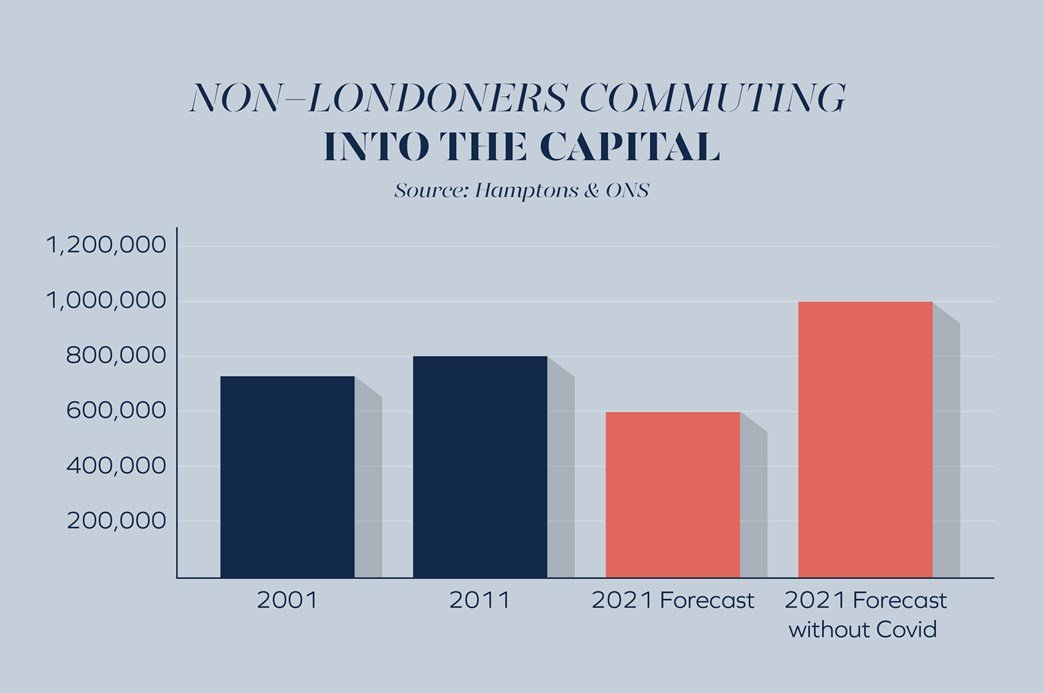 HOW WE LIVE
The average household size is falling as a result of people marrying later in life, and more couples choosing not to have children. Between 1979 and 2011, the average size of a household in England and Wales dropped from 2.5 to 2.4 people everywhere except for London where affordability pressures counteracted the decline.

We believe that households outside the capital would have continued to grow smaller. But the pandemic may have reversed the trend. Students and grown-up children who had been renting moved back into their parental homes during lockdown. As a result, we forecast that the average UK household size will be 0.1 larger than it would have been without Coronavirus. 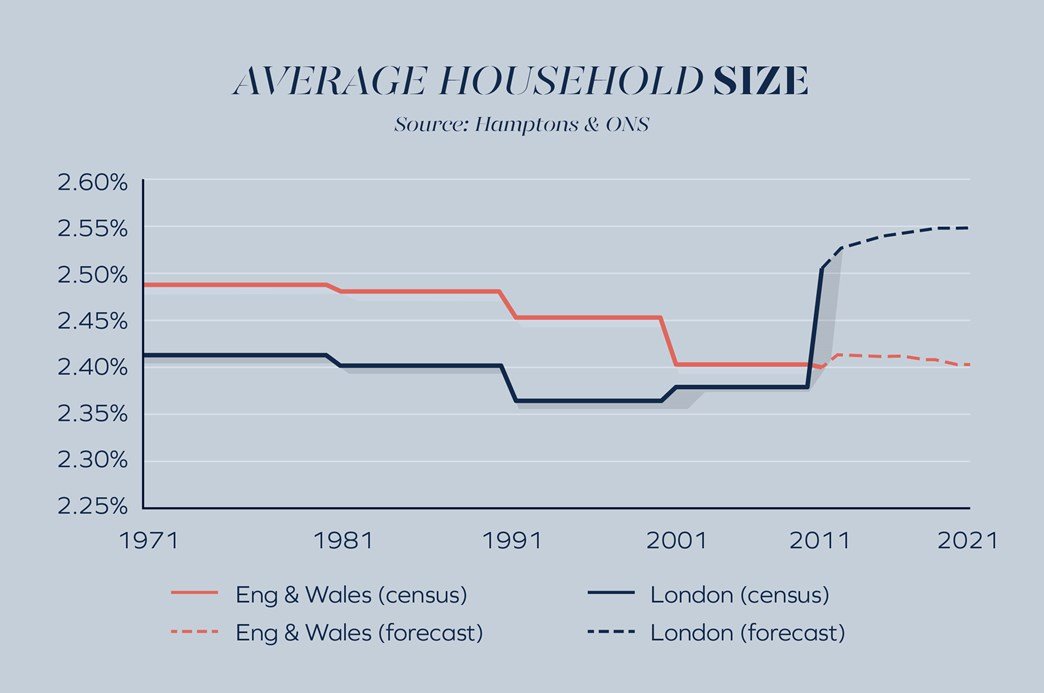