The post-lockdown bounce, driven by the stamp duty holiday and the demand for green space

The surprising strength of the housing market bounceback has dominated the headlines. The major surveys highlight this extraordinary recovery - which has been driven by the demand that's built up over the last few years, lockdown induced lifestyle changes and also the nine-month stamp duty holiday announced in July.

The market's upward move has, however, overshadowed some of the key factors that determine the longer-term direction of house prices, such as affordability and mortgage availability. In a conversation about property prices, people may rarely mention the cyclical nature of the housing market, but its impact on performance is significant.

The re-opening of the market in mid-May sparked an almost immediate rebound. Some observers argued that the government’s list of requirements, such as the wearing of PPE to view properties, would dampen buyers’ ardour. But by early June, there were more people looking to move home than at the same time last year, a trend in line with other global markets that were emerging from lockdown.

The stamp duty holiday increased the eagerness to move; households
who had been locked down incramped properties without outdoor space led the way. Chancellor Rishi Sunak, determined to reignite the housing market, raised the stamp duty threshold in England to £500,000, giving an average saving of £4,500. The tax payable on a home of £500,000-plus was cut by £15,000.

Since July, there have been double-digit percentage increases in buyer numbers in every region. There have been particularly large increases in London and the South East of England, as workers became more willing to tolerate a longer commute if they could secure a larger garden, or space for working from home.

First-time buyers have been at the forefront of the recovery, although they have the least to gain from the stampduty holiday. Their numbers are more than 40% higher year-on-year. There has also been an increase of a third in the numbers of people taking the next step up the housing ladder. 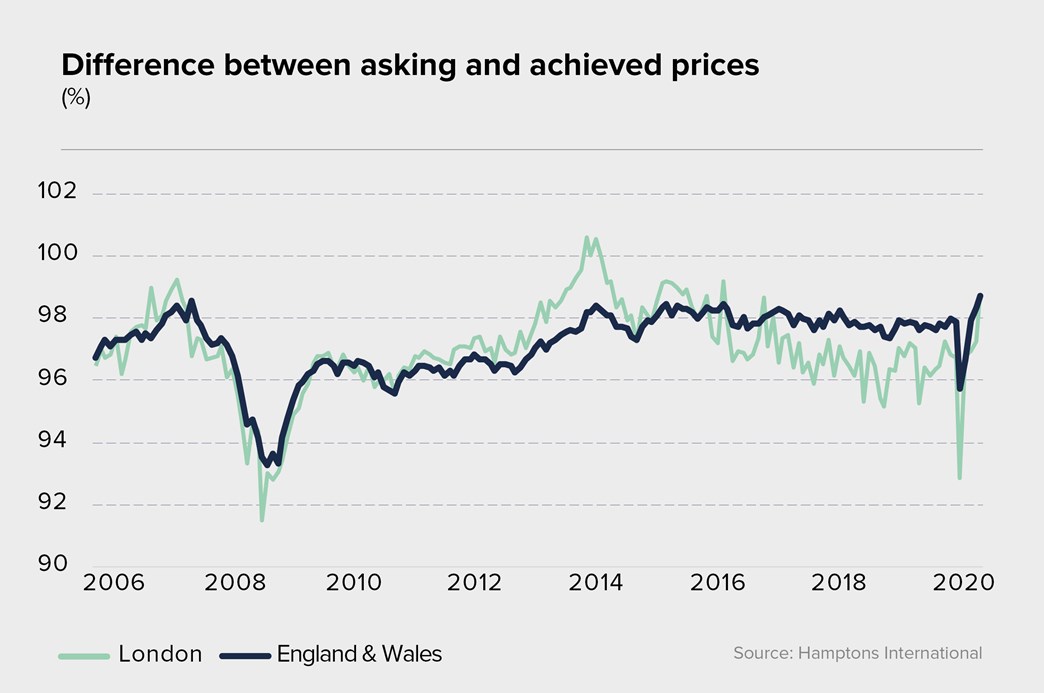 Buy-to-let investors have also been active, seemingly undeterred by tax changes and the weakness in rents. These buyers still pay the 3% surcharge on rental and second homes, but will pay less as a result of the holiday. This means the tax bill on a £250,000 investment property is £7,500, against £10,000 before the announcement of the stamp duty holiday. The stamp duty savings seem set to sustain the bounceback. But it’s still worth noting that, in the early months of 2020, house price growth was strongest in the Midlands and the North, the regions where affordability remains less stretched.

This is consistent with the trends observed 13 years into the last housing market cycle which began in the early 1990s and ended in 2007, as the global financial crisis took hold. The pandemic has not fundamentally altered the rules of the housing market cycle but they will influence direction in the months ahead.