When the pandemic hit and rents tumbled in the spring of 2020, it seemed highly unlikely that, within 12 months, rental growth would be at double digits in six of Great Britain’s eleven regions – rising at the fastest rate for a decade.

However, this is exactly what has happened. Driving the turnaround has been tenants’ quest for space: over half of homes advertised have been let within a week. Although, the euphoria did not spread to London.

The overall performance of London was held back by the 20% fall in Inner London rents. But the mood began to improve in May as workers began their return to the office and the pace of decline has since more than halved to 8% as workers return to the capital.

We look on page 20 at how sustainable this is. Has record rental growth now reached its peak? Or will the shortage of homes to rent continue to push rents upwards in 2022? 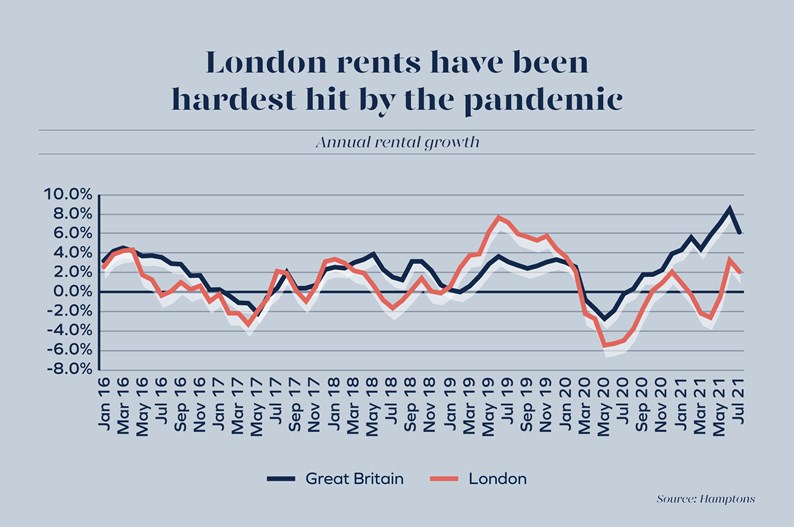 For the moment, the stock shortage in the supercharged rental market is three times as acute as in the sales market. The number of homes for sale is 16% below its level in 2019, but the number of homes to let is 46% down. Stock has been from 50% to as much as 70% lower than in 2019 across every region, except London.

Many believed that the stamp duty holiday would have encouraged landlords to add to their portfolios, as their tax bills were reduced by a quarter. But although they did snap up some properties, these sales peaked at 15% of transactions. This is above the normal level of 10%, but still well below the 25% of all sales recorded in the run-up to the introduction of the 3% stamp duty surcharge on second homes in April 2016.

This burst of investor activity has failed to resolve the shrinking of the private rented sector, although landlords were enjoying higher yields on these purchases. The average gross yield in England & Wales rose from 6.0% in 2020 to 6.1% in 2021, with the biggest increases recorded in loweryielding regions, particularly in London. The proportion of new landlord purchases achieving a yield of more than 5.0% rose from 64% to 70%, the highest level since 2015.

Some of the slack in the rental market is being taken by build to rent developments which are increasingly appearing outside London. The appeal of these schemes, with their amenities, like communal spaces, has been boosted by the pandemic. However, it hasn’t been enough to prevent the sector from shrinking. 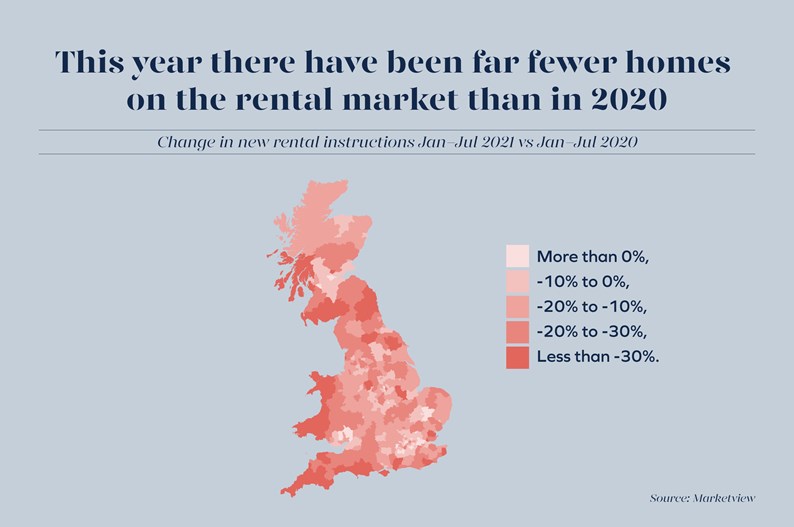