Winchester has been a perennial presence at the top of the ‘best places to live’ league tables. Its medieval bones have stood the test of time, keeping the city in vogue even when small city living wasn’t so fashionable. Being an hour away from London on the train has saved the city from commuterville status, although it remains eminently commutable. All this comes at a cost however, and prices are a third above the average for the South East and within £40,000 of those in the Capital. The smallest gap for seven years. 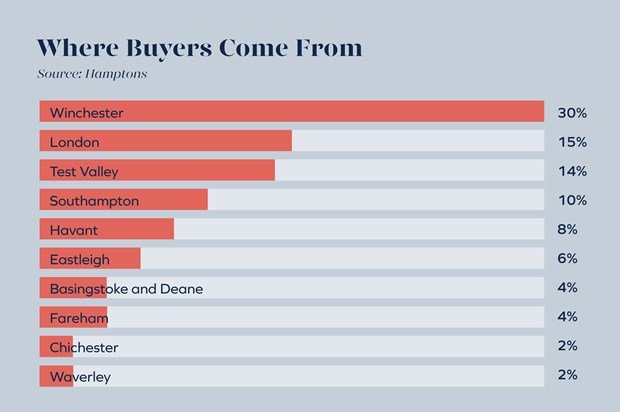 Winchester's small city spirit and architectural prowess means that it draws in home-hunters from across the home counties. While there are plenty of Londoners looking to swap the bright lights of Oxford Street for Winchester High Street, it also brings in buyers from the surrounding towns, villages and countryside. Typically these are people who have built up equity over the last five to seven years, making Winchester their second or third step. 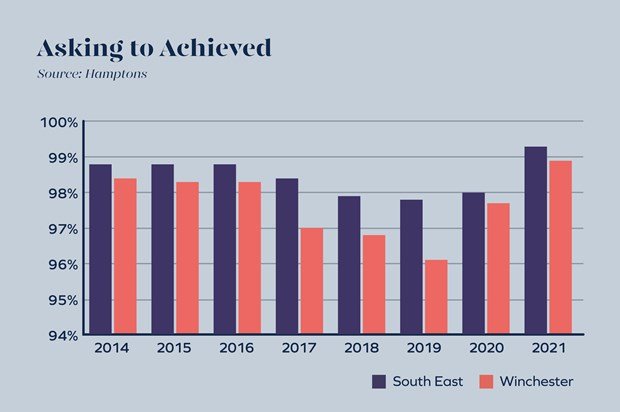 While city markets are generally still playing second fiddle to the country, smaller cities have performed notably better. Sellers in Winchester have achieved 98.9% of their initial asking price so far this year, more than in any year since 2014. Sellers in the surrounding countryside have been able to achieve even more. And it's a similar story across the rest of the South East too, where sellers are pocketing 99.3% of their asking price on average, the highest figure recorded than in any year during the last decade. 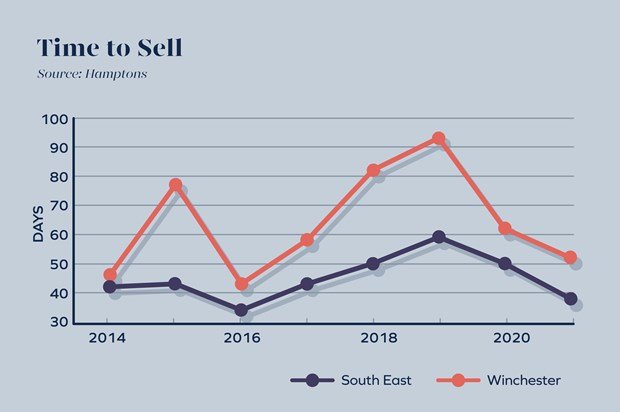 A lack of choice for buyers means it takes an average of 52 days to sell a home in Winchester, less time than in any year since 2016. Time to sell here is above the average for the South East, also a record low, typically because more expensive homes such as those in Winchester take longer to sell. While nationally flats take around twice as long to sell as houses, in Winchester where most flats are low rise and offer outside space, there is little difference. 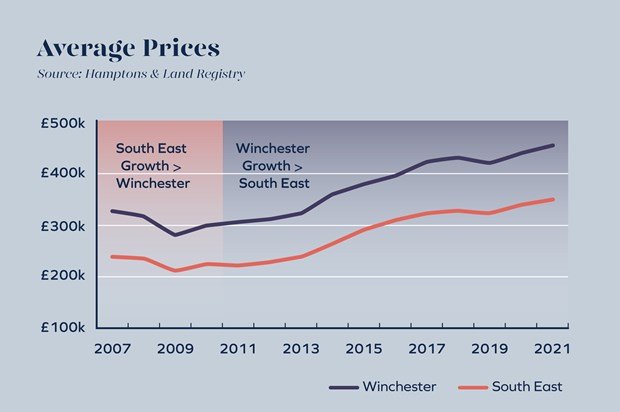 While the strong early 2020 market was halted by Covid, it reopened with a flourish and prices are now up 11% over the last 12 months and at an all-time high. This marked the first time since mid-2017 that price growth has hit double digits in the city. Price growth has been running equally strongly across the wider South East, where the average home costs 29% less than one in Greater London. This summer marks the first time since 2013 that prices in Winchester were within 30% of the Capital. 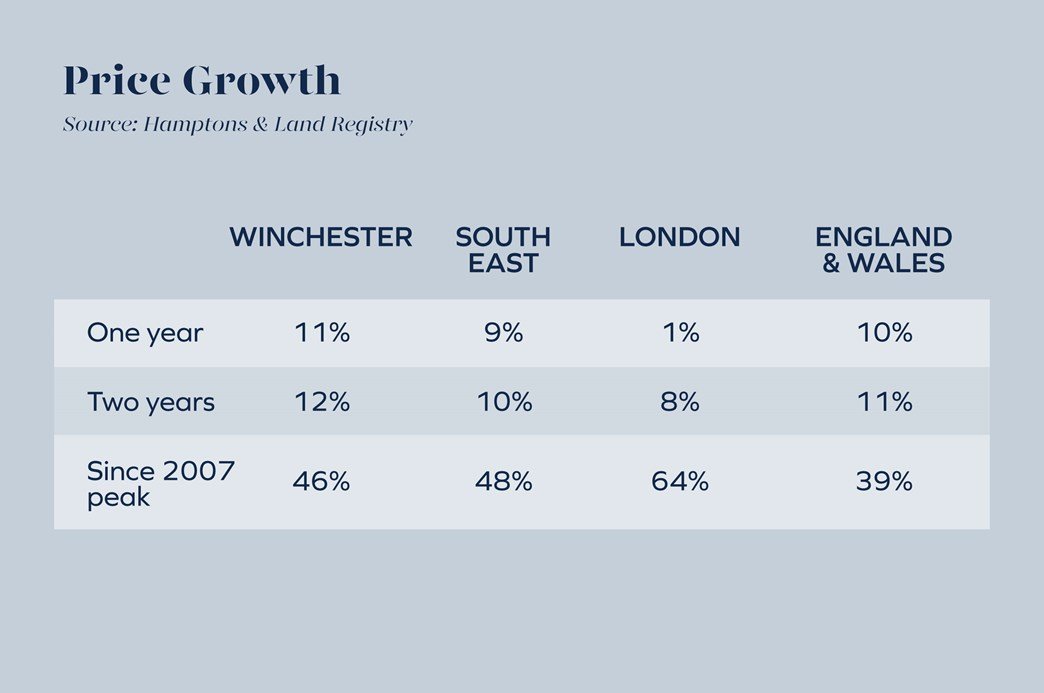 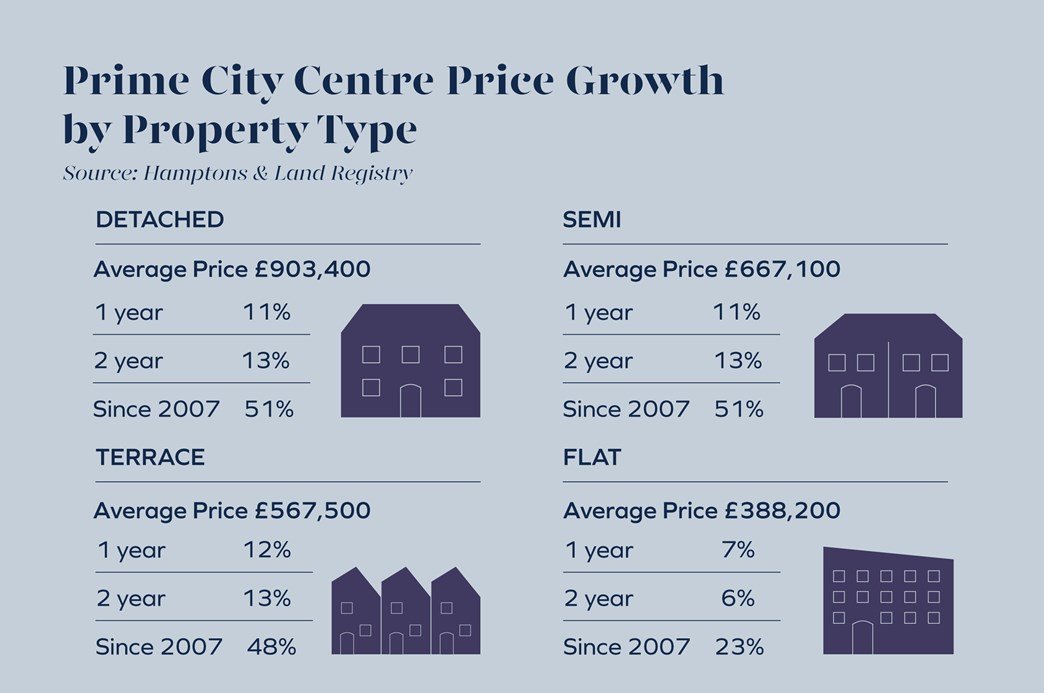 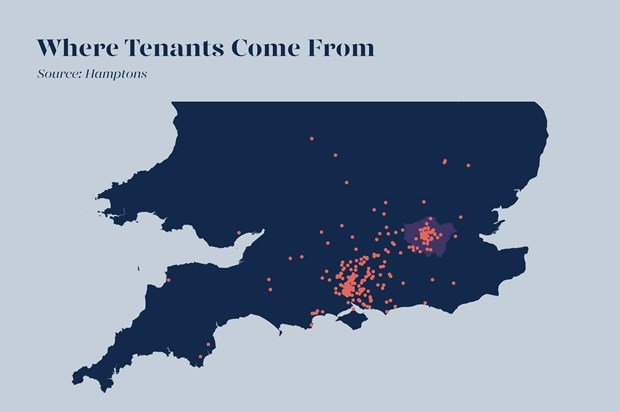 Winchester draws in tenants from right across the south of the country. Over the last year around two-thirds have come from outside the city, predominantly from Southampton, Test Valley and across Hampshire. London leavers account for around 10% of tenants, with those from more central Boroughs most likely to make the move out. 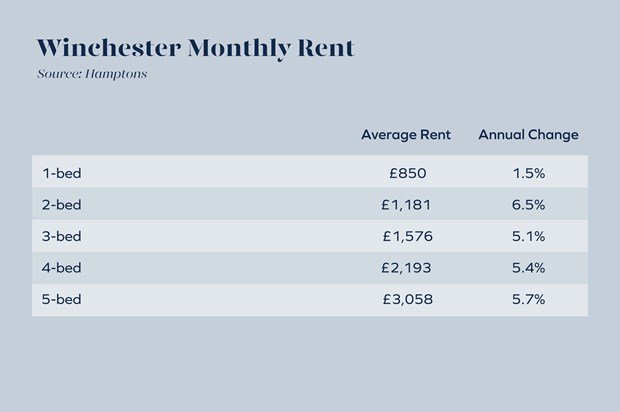 Rents in Winchester rose 5.6% over the last year, increasing in line with rents across the South East. The largest growth has been recorded by larger homes and those outside the city itself. Bigger properties that boast space for a home office and a large garden command substantially higher rents than they did at the start of the pandemic. While larger four and five-bedroom homes in the surrounding countryside are increasingly of interest to those who no longer have to catch the train everyday for work, or looking to stretch their budget a little further. 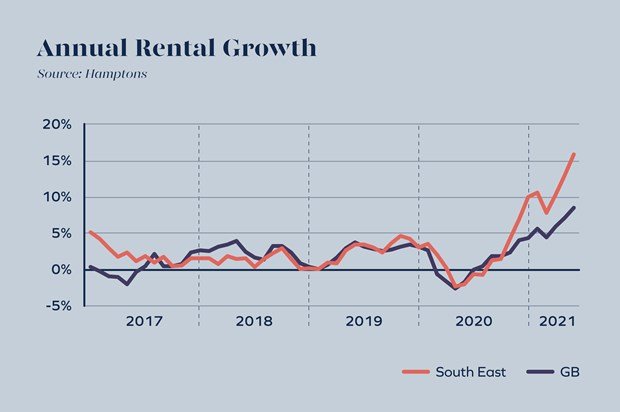 Rents in the South East are rising faster than in any other region of the country. While they dipped briefly as the market reopened, they now stand 16% up on the same time last year. In part, this has been driven by a lack of rental stock, with 57% fewer homes available to let in the South East than the same time two years ago, one of the largest falls recorded anywhere in the country. The lack of stock has been compounded by Londoners moving out of the Capital in search of more space. 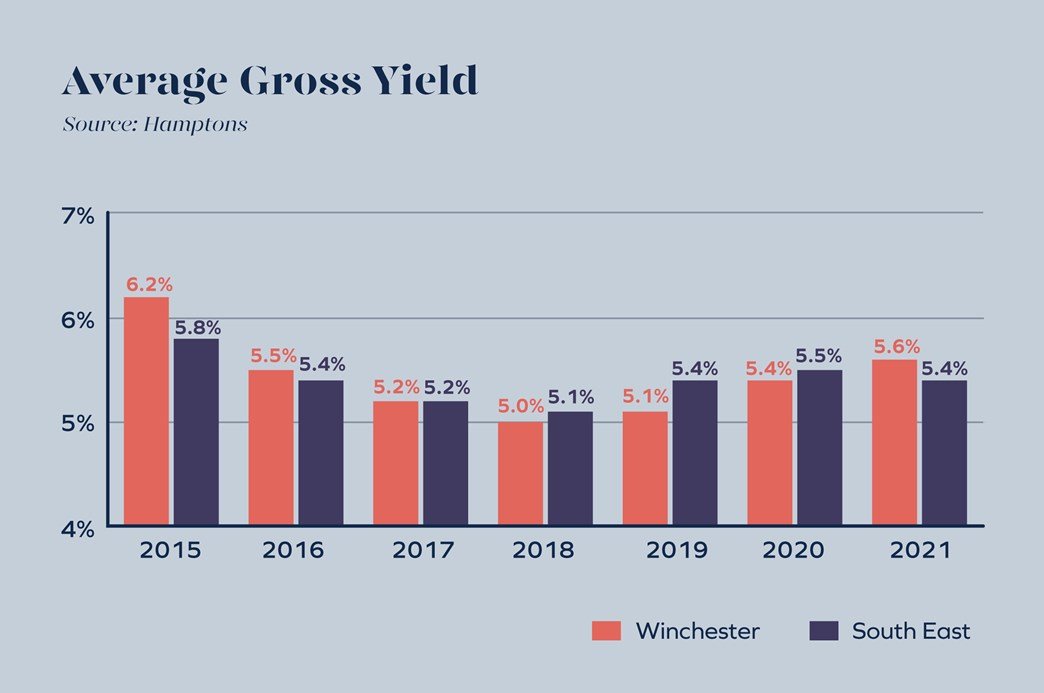 To find out more about the Winchester market