Over the last four years the number of landlords who have put their buy-to-let properties into a company, rather than holding them in their personal name, has doubled. In total, there were 47,400 new buy-to-let companies incorporated in 2021 across the UK according to Companies House data, the highest number on record.

This has predominantly been driven by the changes to Section 24 that came into play in 2017.  Since then, investors with properties in their personal names have no longer been able to claim mortgage interest as an expense.  While individual landlords are effectively taxed on turnover, company landlords are taxed on profit.  This has meant that for some landlords – particularly those who are higher rate taxpayers – it has become more profitable to move their buy-to-let(s) into a company. 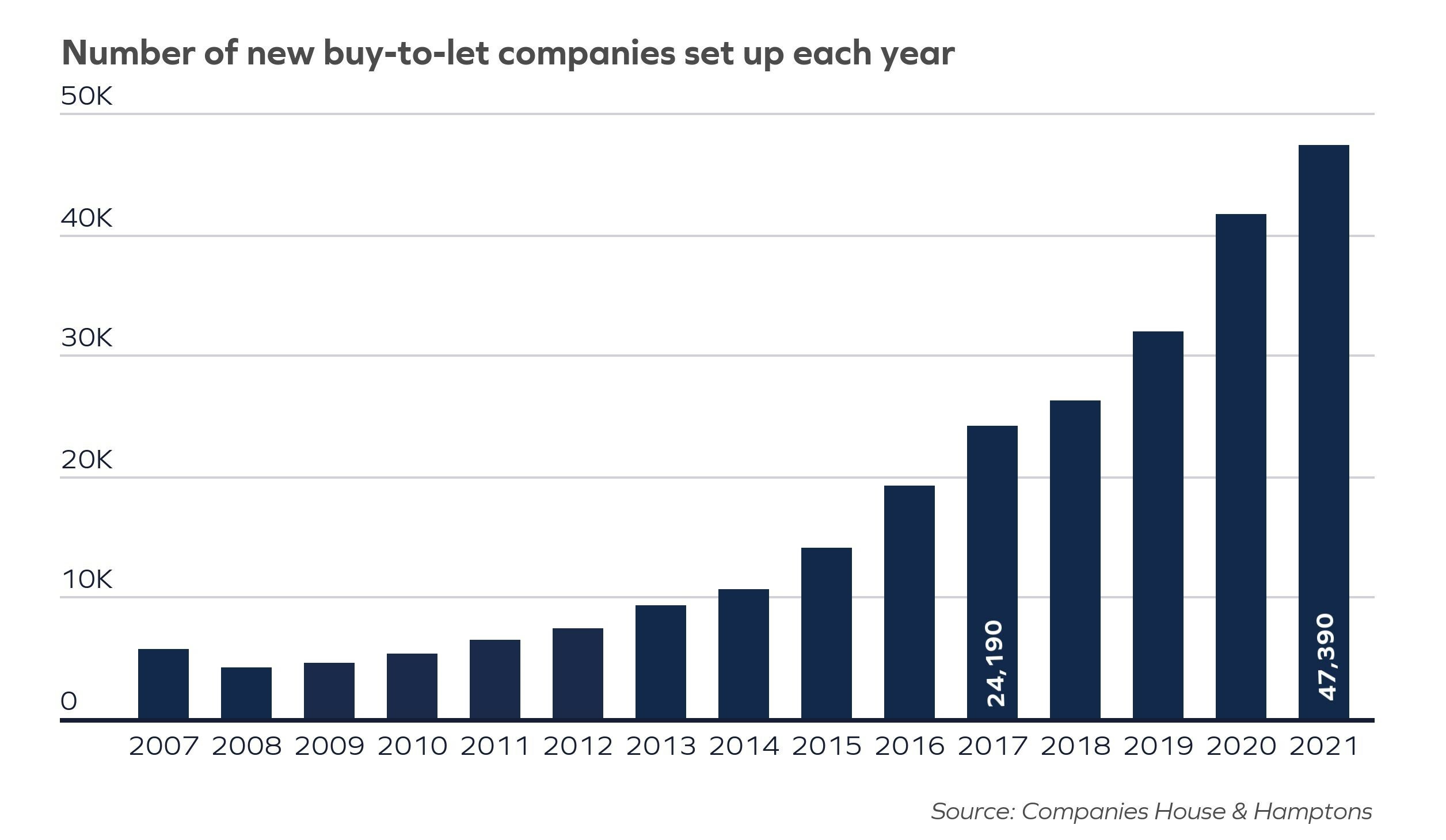 It’s likely that the number of new buy-to-let incorporations in 2021 is probably close to its peak, with fewer expected to be set up in 2022. This is partly a product of last years’ stamp duty holiday which served to slow the fall in new investor numbers. Additionally, many investors who have wanted to make tax savings by transferring properties from a personal to a company name have had five years to do so.

The number of buy-to-let companies up and running in the UK passed through the 200,000 mark as the country emerged from the first lockdown, but by 2021 this figure rose to a new total of 269,300. 61% of these companies have been set up since the withdrawal of mortgage interest relief which has been tapered down since April 2017. 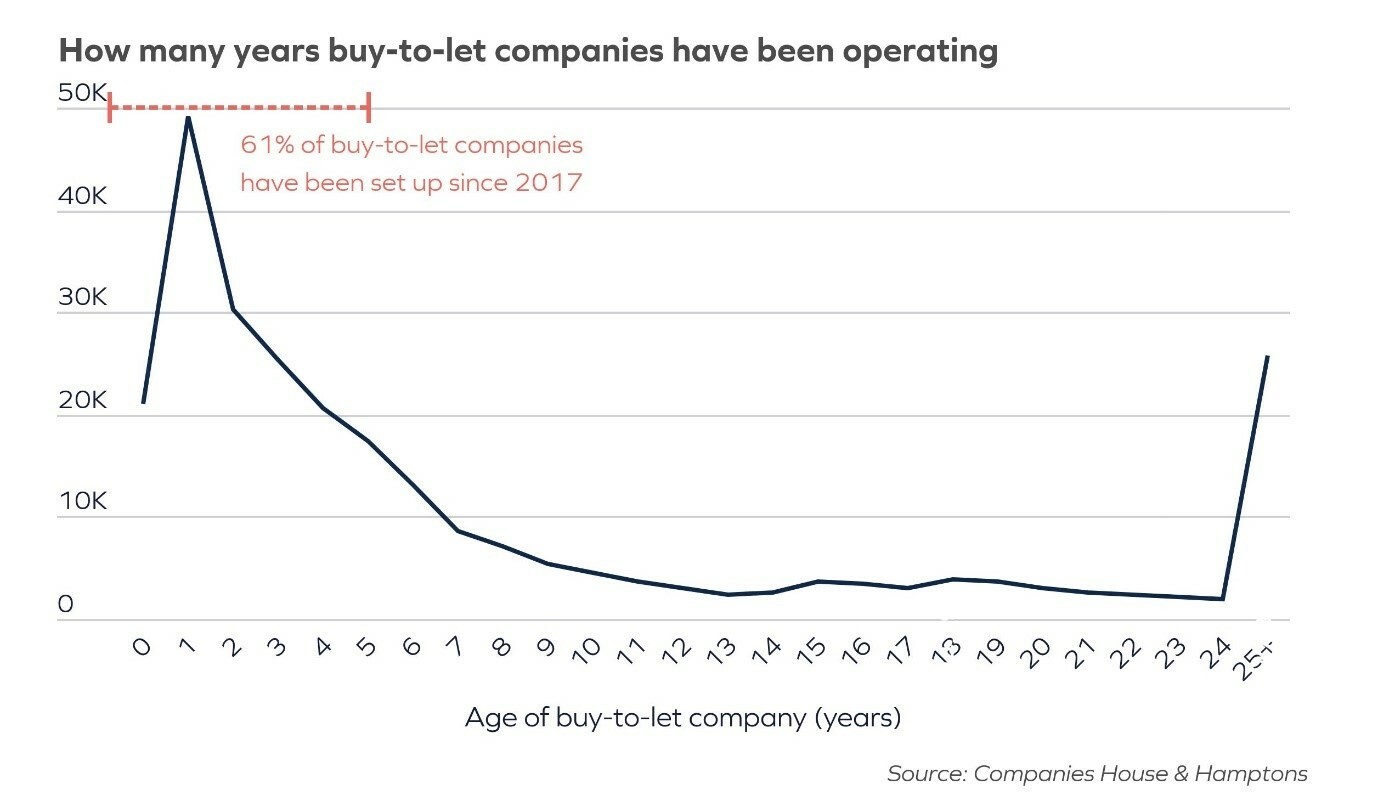 We estimate that around half of all new landlord purchases last year used a company to hold their buy-to-let. 40% of these new purchases went into a company that was less than a year old.

The bulk of new buy-to-let companies set up in 2021 were in London and the South East, with the two regions together accounting for 45% of all new incorporations.

These two regions have long led the incorporation charge given higher rents mean the tax advantages from incorporation are generally larger. Only the North East (-6%) saw fewer buy-to-let companies set up in 2021 than in 2020.

For the sixth month running, rents grew faster in the South West (12.8%) than in any other region. This growth means that average rents have now surpassed £1,000 per month in all four Southern regions of Great Britain: London before our records began in 2012, the South East in July 2016, East of England in December 2020 and the South West in December 2021.

Rental growth continued to strengthen in Greater London on the back of a recovery in Inner London. Inner London rents rose 8.6% over the last 12 months, the fastest rate since March 2016. This leaves the average rent here just 2.0% below where it was on the eve of the pandemic in January 2020. 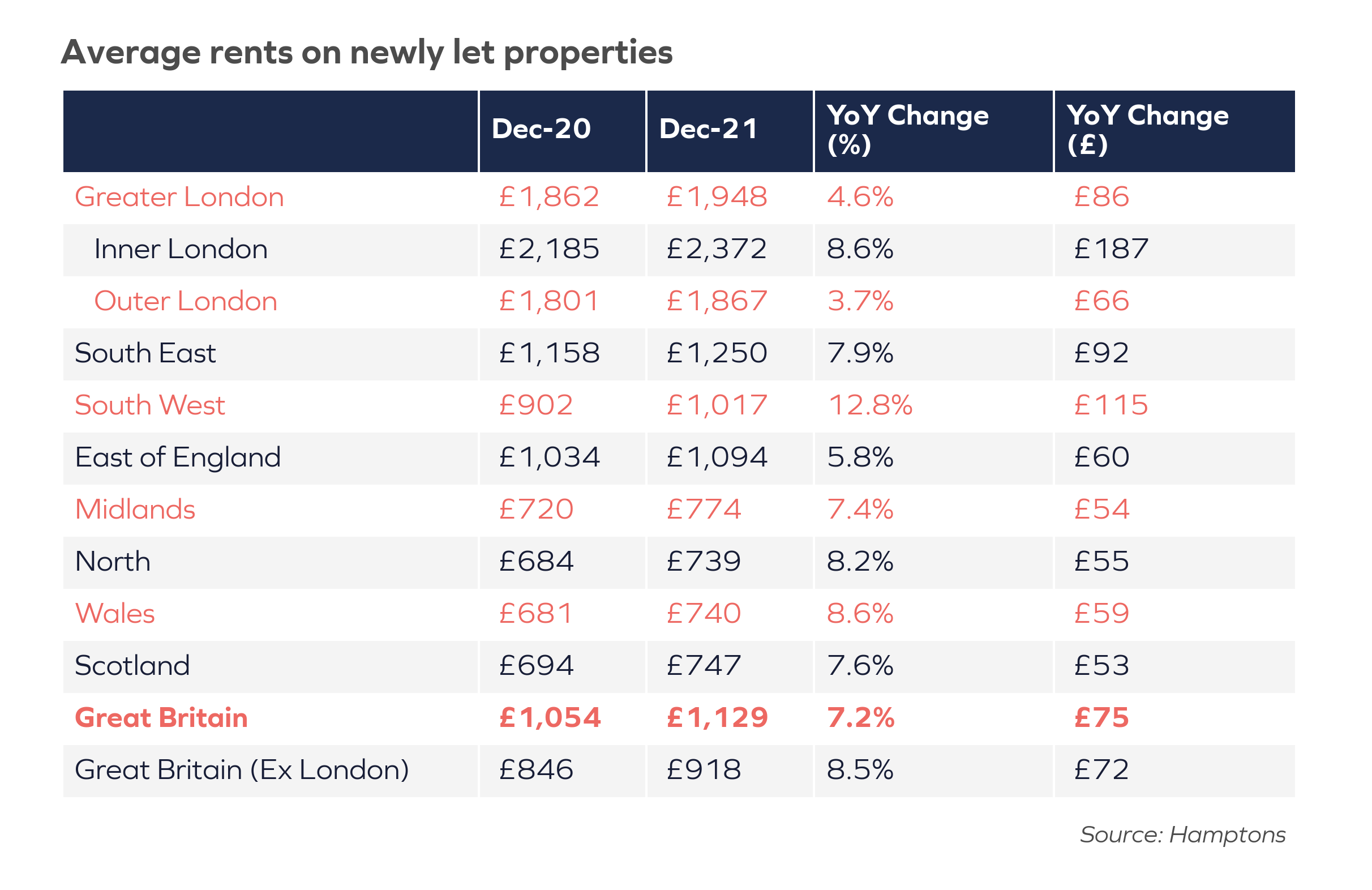