The pandemic has changed a lot of things - not just to the way we live our lives, but our finances too.  For the last five years, buying a home has been cheaper than renting on a monthly basis.  In March 2020, on the eve of the pandemic, a purchaser with a 10% deposit would have been £102 per month better off buying than renting.

But the pandemic reversed this trend.  Despite rents in Great Britain rising 7.1% over the last 12 months, strong house price growth coupled with increases in higher loan-to-value (LTV) mortgage rates have added to the cost of buying and owning a home.  As a result, a typical first-time buyer will now find it cheaper to rent than buy on a monthly basis. 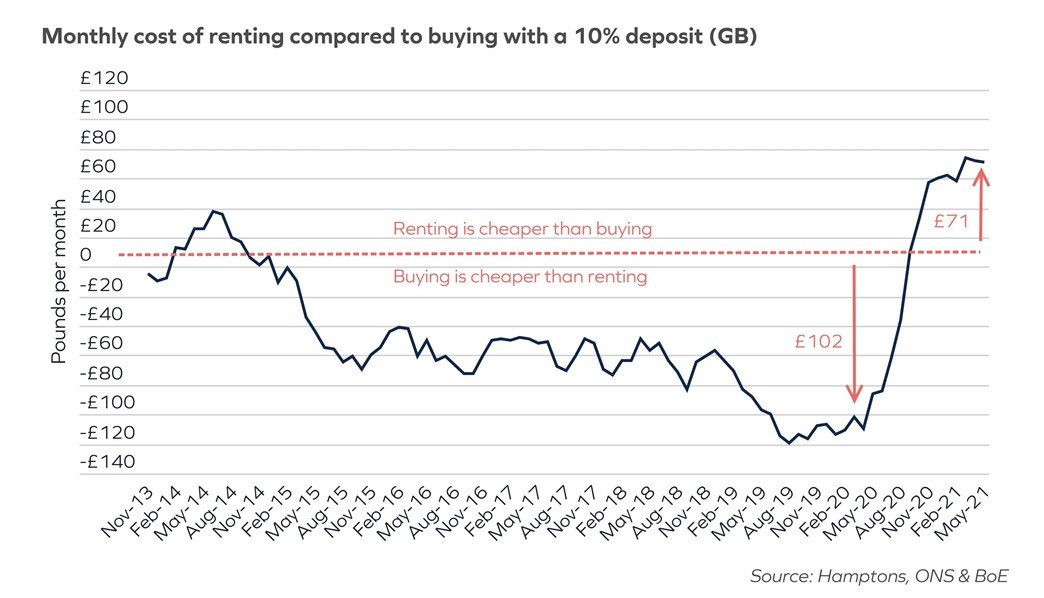 London has seen the largest shift since the start of the pandemic.  A buyer putting down a 10% deposit on a property in the capital will have gone from being £123 per month better off buying in March 2020, to spending £251 per month less on rent in May 2021.

Falling rents in the capital have made renting cheaper relative to buying by a bigger margin than anywhere else.  And with rents still falling, the differential looks set to continue growing.

While of course there are pros and cons to both, for buyers with just a 5% deposit, renting becomes even cheaper than buying on a monthly basis.  In part, this is due to the increase in interest rates on 95% LTV mortgages over the course of the pandemic.  A buyer putting down a 5% deposit will on average spend £195 per month (or 19%) more than if they had carried on renting. 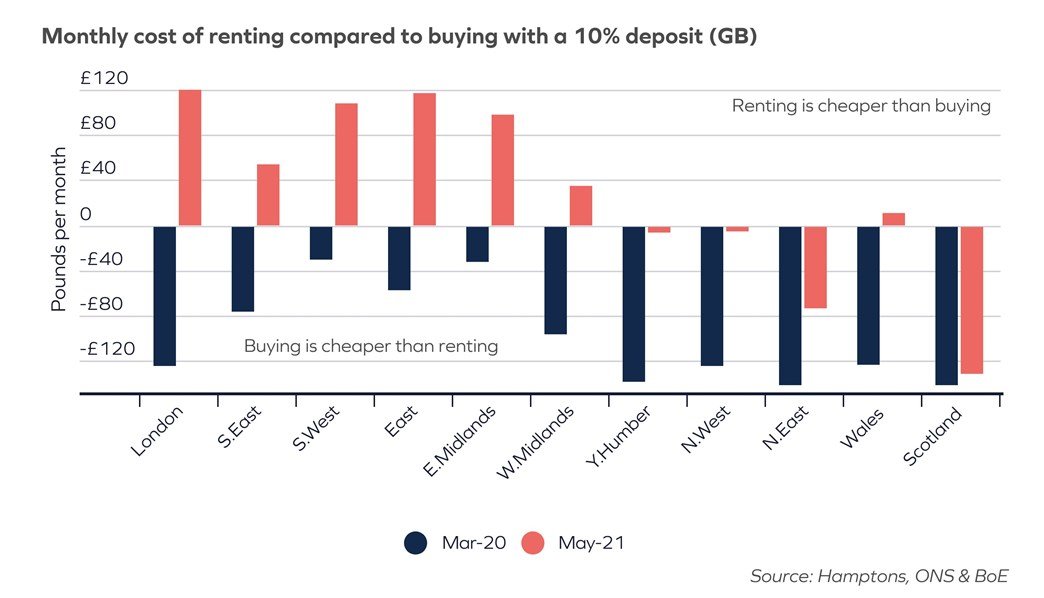 This comes at a time when rental growth hit a new record high. Last month the average cost of a newly let rental home in Great Britain rose to £1,054 pcm, up 7.1% on the same time last year.  This marked the fastest rate of growth since our records began in 2013, surpassing the previous peak of 7.0% in December 2014.

Rents in the South East and South West hit double digits for the second consecutive month, rising 13.0% and 11.5% respectively.  Meanwhile, London continued to be the only region where rents fell (-0.5% year-on-year).

With the cost of renting relative to buying at the lowest level since at least late 2013, it is likely the balance will swing back somewhat towards buying, particularly as mortgage rates come down.  However, this is likely to be partly offset by rising house prices.  As such we expect the gap between renting and buying to close over the remainder of this year, moving back towards longer-term levels in 2022. 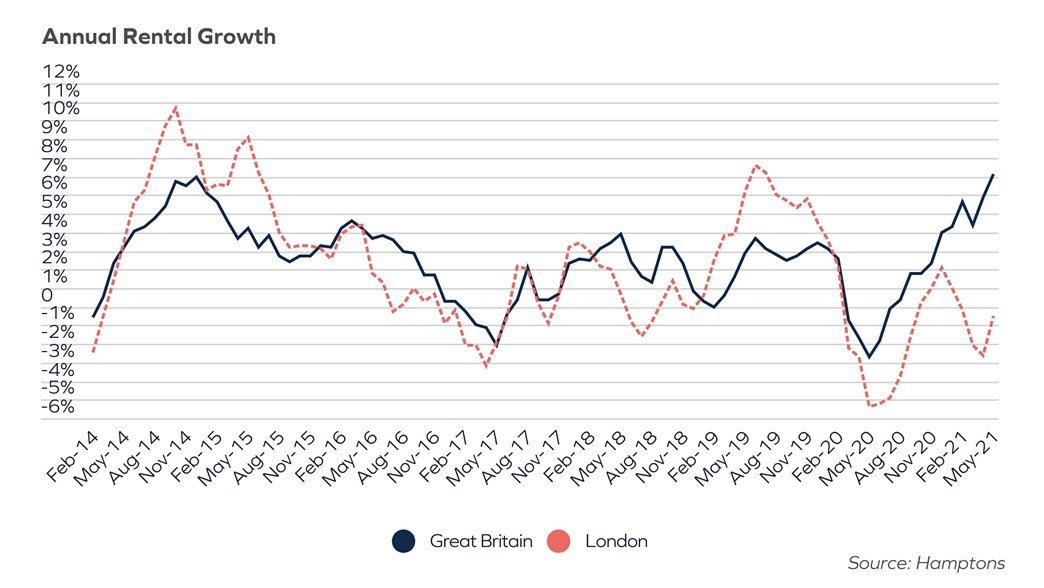