The nationwide shortage of homes for sale has fuelled the first rise in off-plan purchases since 2016. Last year, 37% of new homes sold in England and Wales found a buyer before completion, up from 35% in 2020. While sales are still below the 47% peak in 2017, they reverse the subsequent downward trend and mean there were more off-plan sales in 2021 than in 2007, when Hamptons’ records began.

The key reason behind the growth in off-plan sales is the rise in house purchases. In 2021, 24% of detached home completions were sold off-plan, compared to 21% the previous year. Off-plan sales of semi-detached houses rose from 31% to 33% and went from 41% to 45% for terraced houses. 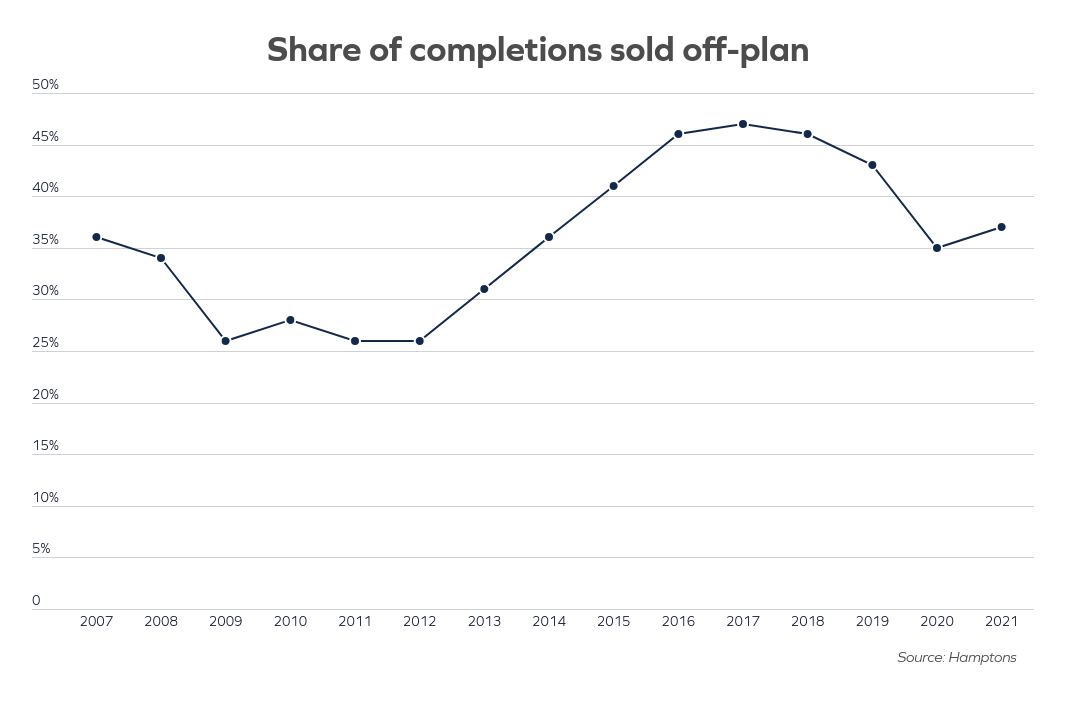 Most buyers of newbuilds pay a standard 10% deposit on exchange of contracts, with the balance payable on completion, and last year buyers handed over a record £1.1bn in deposits. This is three times the £348m paid in 2007 and has been pushed up by rising property prices and more houses being sold off-plan.

Before 2016, when the 3% surcharge on second-home purchases was introduced, off-plan sales were driven by investors. These days, however, off-plan buyers are increasingly likely to be owner-occupiers seeking houses – a trend heightened by the pandemic. A rising number of these purchasers are also looking for individuality, with smaller schemes of fewer than 10 homes seeing the largest rise in off-plan sales – from 19% in 2020 to 25% in 2021. The proportion of homes sold off-plan in larger developments remained static at 70%. 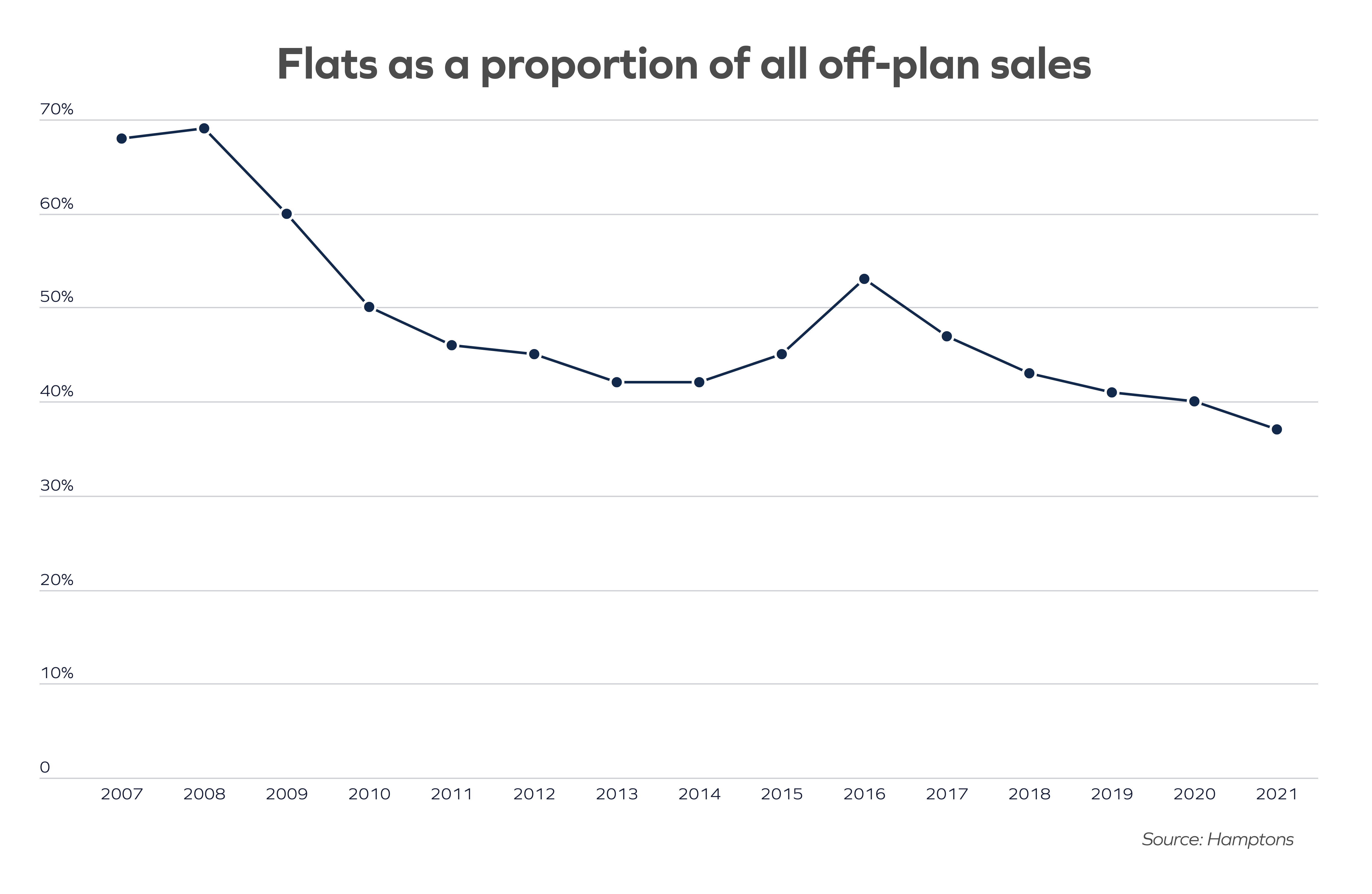 Cotswold District, where houses are increasingly likely to be sold off-plan and stock levels are the lowest in the country, saw the most off-plan sales. Here, 86% of new homes completed last year had been sold before being built. Five years ago, six of the top 10 local authorities with the highest proportion of off-plan sales were in London, but in 2021 this fell to two.

After nearly four years of falls, the rise in off-plan sales last year will provide respite for developers looking to maintain sales rates as Help to Buy winds down over the next 12 months. Whether this shorter-term shift has the potential to turn into a longer-term trend remains to be seen, but in a reversal of previous years, it’s owner-occupiers rather than investors who are likely to continue driving off-plan sales in 2022