Selling a home away from the glare of property portals is on the rise.  In the first quarter of this year over 37,000 homes were sold off-market, up from almost 21,000 over the same period in 2019.  In fact, there were more off-market sales recorded in Q1 2021 than in any quarter since 2007.

It’s a trend that’s happening both in and outside London.  Hamptons analysis shows that a record one in five homes sold in the capital changed hands off-market.  This is similar to the number of prime country homes sold behind closed doors, which also increased, albeit from a higher base.

The London figures have been underpinned by larger numbers of relatively less expensive properties being sold off-market.  The average price achieved off-market this year is £1.25m, down from £1.35m last year. And for the first time, in Q1 2021 over half the sales were in Outer London where buyers – on the hunt for space - can often buy more for less.

There are many reasons why sellers decide to take the off-market option.  Discretion is the more obvious one, but testing the market to find a property’s true worth is important too.  This is particularly the case at the moment, when stock levels are low and price comparables less certain.

Interestingly our analysis showed that 20% of London sales in Q1 2021 were sold absolutely off-market, but a further 12% were launched quietly before being more widely advertised and subsequently sold.

Covid has undoubtedly played its part in exacerbating the off-market trend with sellers, mindful of rising Covid rates, restricting viewings of their property to the most committed buyers.

And for many sellers, it’s a move that’s paid off.  31% of off-market sellers achieved over the asking price — compared with an overall average of 25%. 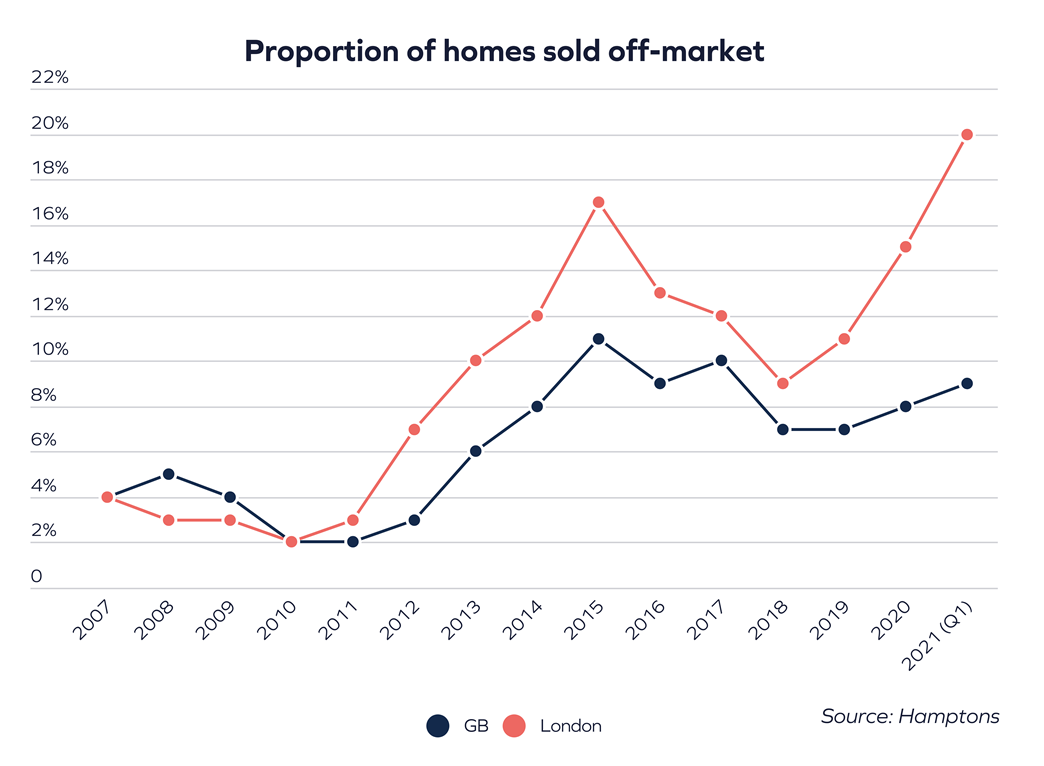