The capital was hit hard by the pandemic – rents fell by up to 20% as tenants moved out and students stayed away. However, demand is returning now that the city has opened up.

Our branches registered 33% more applicants looking to rent in Inner London last month than in August 2020 and 10% more than in August 2019, which suggests a degree of pent-up demand. Supply has also decreased dramatically, with 57% fewer homes available to rent in August than at the same time last year.

This is starting to put pressure on rents, which rose by 5.8% – or an average of £116 – between July and August this year. While rents in Inner London remain 8.8% down on an annual basis, this gap has closed from a peak fall of around 20% earlier in the year.

We expect rents in Inner London to recover to pre-pandemic levels by the middle of 2022, particularly once global travel picks up more pace. The new travel rules, which come into effect from 4th October, should help in this regard. 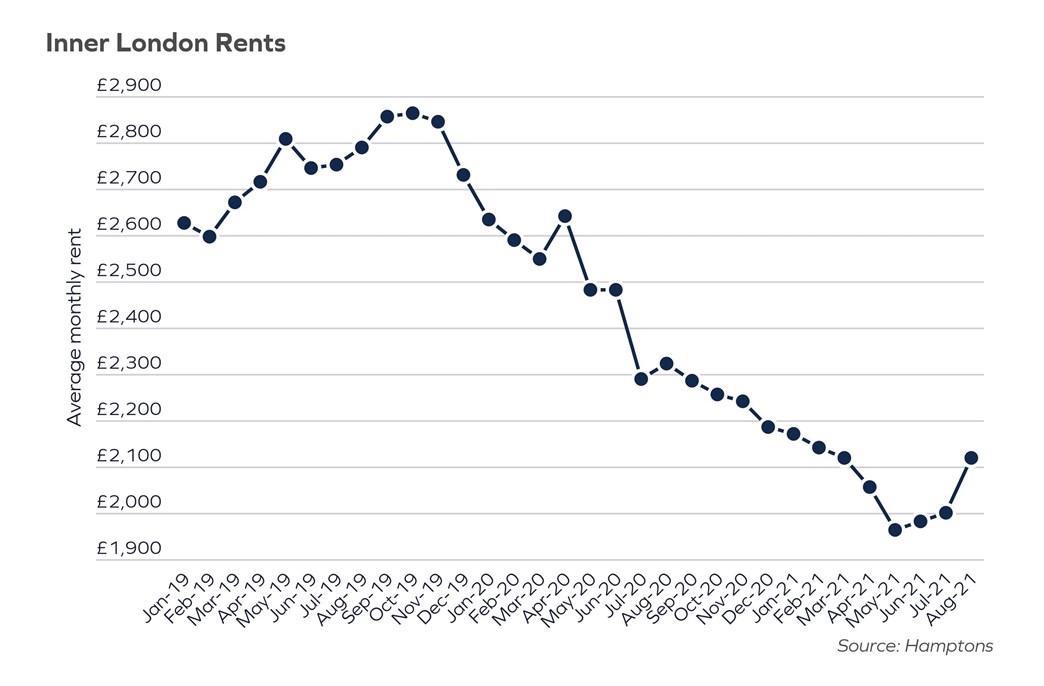 By contrast, the sales market in the capital remains subdued. Our analysis shows there were 14% fewer applicants looking to buy in Inner London in August 2019. This is despite the fact that it is one of the only areas in the country where stock levels are up – they were 19% higher last month than they were in August 2019. Part of the reason for this is that the share of international buyers, who have traditionally accounted for about half of property sales in Prime Central London, hit the lowest level in a decade in the first half of this year and is still hovering around this record low.

However, despite the subdued demand, the average home sold in Prime Central London in August achieved 99.3% of its asking price, higher than the 96.9% seen in August 2019. There were also 2% more offers accepted in Prime Central London last month than in August 2019, although this underperformed Great Britain as a whole, where on average 6% more offers were accepted last month compared to the same period two years ago.

Generally speaking, we believe that the tenants who are returning to London are younger people looking to live in a vibrant area and pay cheaper rents than before the pandemic. Also, those seeking a pied-à-terre in the city are probably more likely to rent than to buy so that they can test the waters and see what happens with working habits. Students are coming back too – including some international students – but, again, they’re more likely to rent than buy. 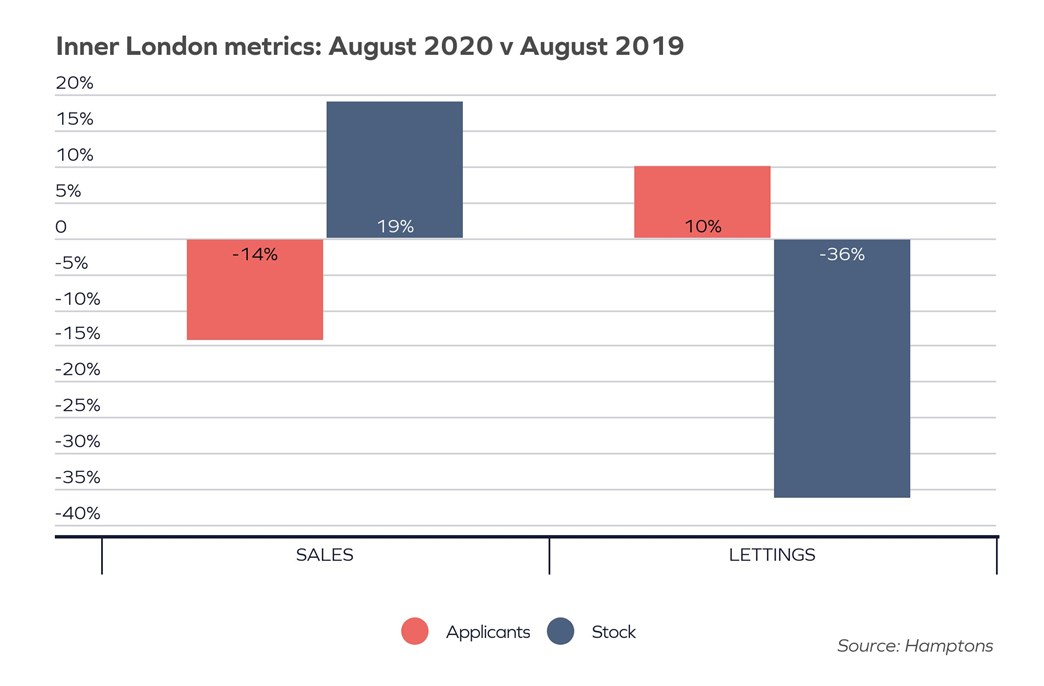