BUY TO LET BOUNCES BACK

It looks like investors are back. The first three of months in 2022 have been the most active for landlord purchases since 2016, when the 3% stamp duty surcharge on the sale of second properties was introduced.

In the first quarter of 2022, 13.9% of properties sold were bought as buy-to-lets, up from a proportion of 12.0% in the same period in 2021. In the first three months of 2016 investor purchases accounted for 15.9% of all homes sold but fell dramatically in the wake of the tax surcharge, which came into effect in April 2016. Investor purchases have hovered around the 10% mark ever since.

Overall, investors bought 42,980 homes across Great Britain during the first three months of this year, equating to £8.5bn worth of property - nearly twice the figure (£4.6bn) recorded pre-Covid in Q1 2019. 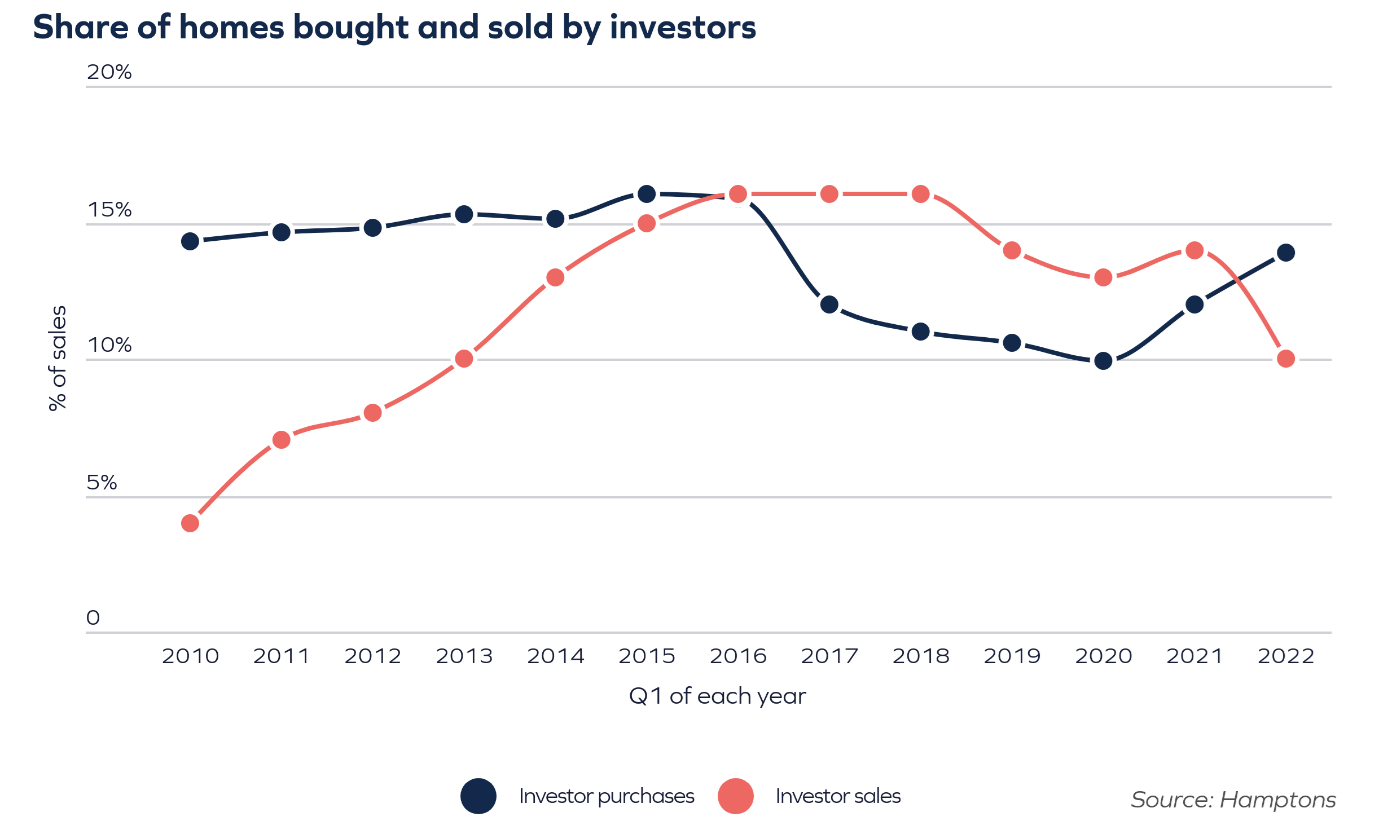 The North East of England has kept its crown as the buy-to-let hotspot, with 27.7% of all purchases over the last three months snapped up by investors, more than twice the share bought by first-time buyers. This may be unsurprising given that it offers the highest gross yields in the country, averaging 9.0% compared to 6.5% across England & Wales.

Middlesbrough topped the local authority list of buy-to-let hotspots – 58% of homes sold in the area over the last six months were purchased by an investor. With an average gross yield of 8.9%, it’s the 13th highest yielding local authority in England and Wales. 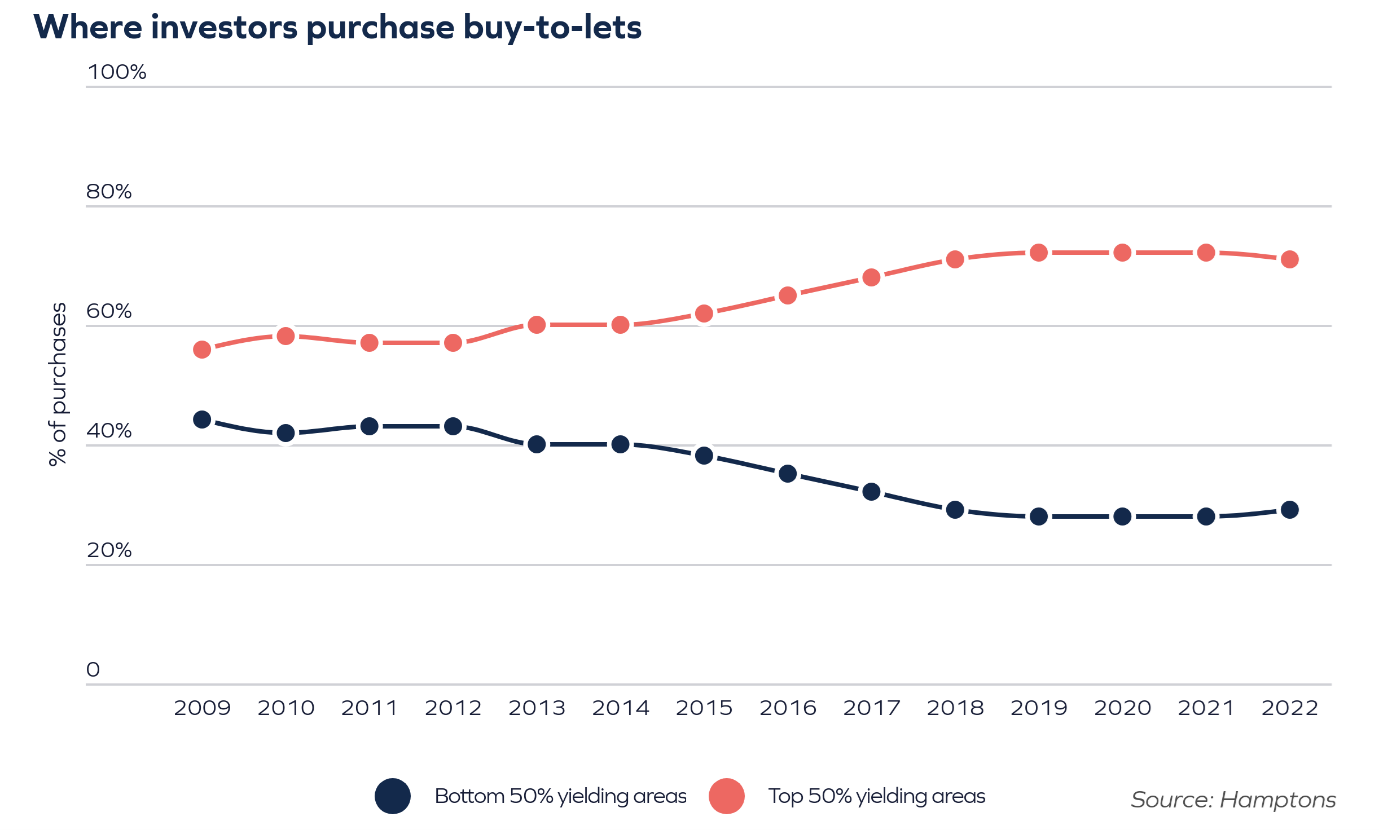 Investors are increasingly turning to the highest yielding areas of the country as a way to maximise their returns and hedge against inflation. So far this year 71% of investors bought in the 50% highest yielding areas of the country, up from 57% a decade ago. It’s also one of the reasons why nearly three quarters (73%) of London-based landlords bought their buy-to-lets outside the capital this year, where yields tend to be higher, up from less than a quarter (24%) a decade ago.

Nevertheless, a large proportion of properties bought were previously rented – in other words, landlords have simply been buying properties from other landlords. So far this year a record 41% of homes purchased by investors had previously been let – and this figure has been rising steadily in each year since 2018, when it stood at 25%.

Energy performance certificate requirements for landlords, coupled with more onerous regulation and rising costs increasingly mean that buy-to-let will only make financial sense on some properties and in certain areas. This means investors are even more likely to buy and sell from each other in the future.

House price growth has consistently outperformed inflation, both historically, but also more recently as it heads towards the Bank of England’s 8.0% expectation. And so it’s unsurprising that investors have doubled down on property. However, rising interest rates are likely to temper the surge in sales to landlords below 2016 levels as servicing a mortgage gets more expensive and returns elsewhere begin to pick up. 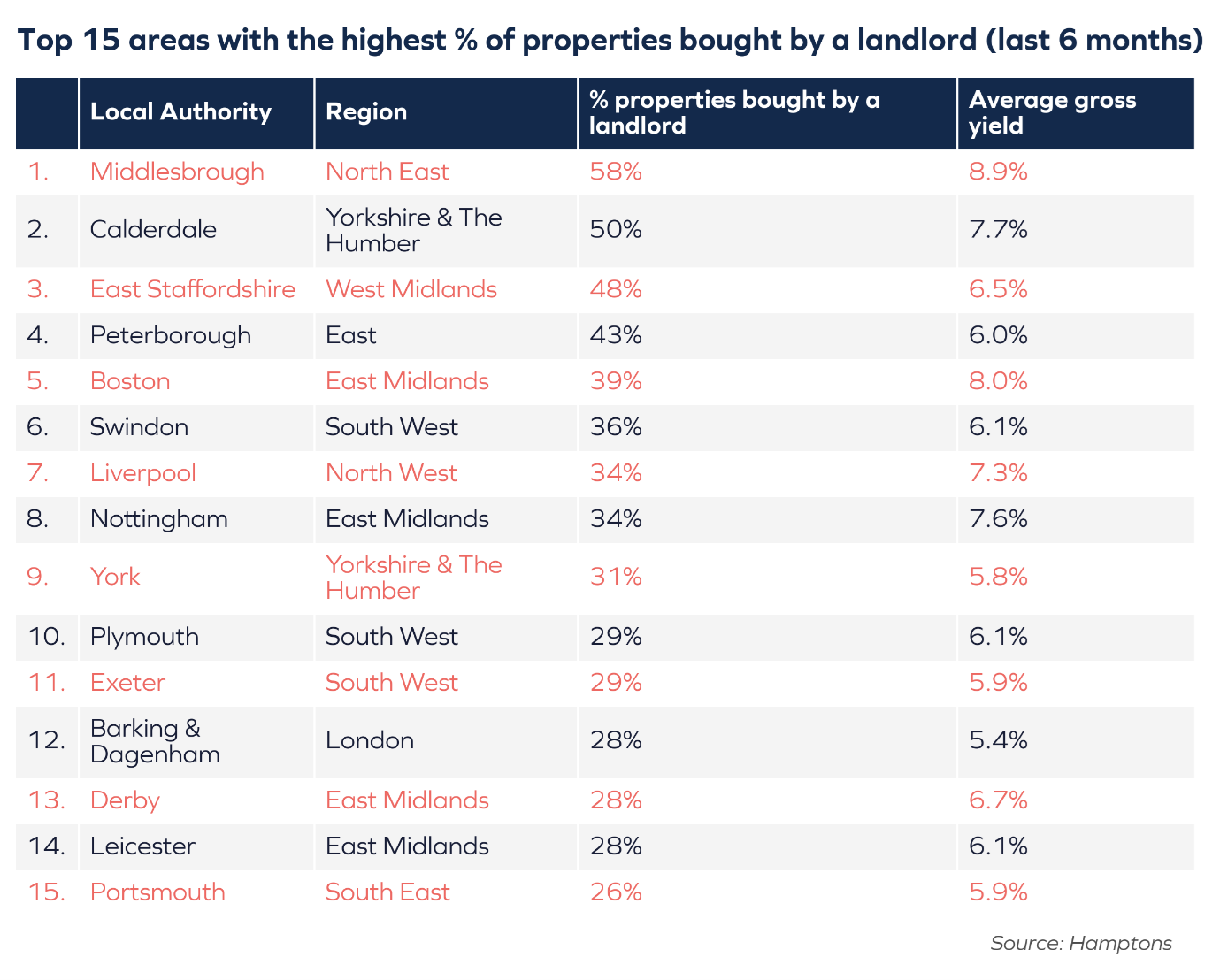