RECORD NUMBER OF BUY-TO-LET COMPANIES SET UP IN 2020 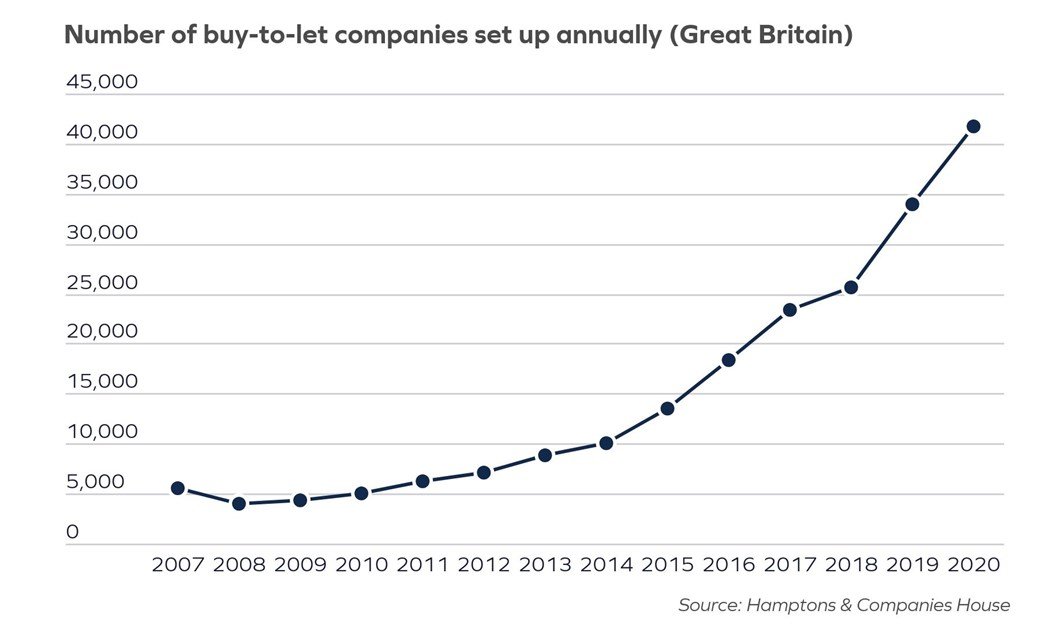 Buy-to-let owners have been hit by several punitive tax changes since 2016, resulting in more than a quarter of a million fewer rental properties than when the sector peaked in 2017.

In 2016, a 3% investor stamp duty surcharge came into force and the proportion of mortgage interest deductible from tax on buy-to-lets held in personal names began to be phased out.  As a result, investors have changed the way in which they purchase properties, with increasing numbers shifting towards limited companies to reap further tax-benefits.

Our latest research shows that during 2020 there were a record number of new limited companies set up, known as incorporations, to hold buy-to-let properties.  Last year there were a total of 41,700 buy-to-let incorporations, an increase of 23% on 2019.  The numbers have more than doubled since 2016, rising 128%, when tax changes for landlords were introduced.

Between the beginning of 2016 and the end of 2020 more companies were set up to hold buy-to-let properties than in the preceding 50 years combined.  Companies set up to hold buy-to-let properties were the second most common company founded during 2020, with companies selling goods online or by mail order in first place.  This means that at the end of 2020 there were a total of 228,743 buy-to-let companies up and running, an all-time record.

Southern-based landlords have been most likely to incorporate.  Given the high cost of property, generally landlords based in the South are more likely to be mortgaged which means that in cash terms their mortgage interest bill is likely to be higher.  Therefore the benefits of incorporating a buy-to-let portfolio into a company are likely to be bigger.

More than a third (34%) of all companies set up to hold buy-to-let properties in 2020 were in London.  Together, London and the South East accounted for almost half (47%) of all incorporations.

The tax benefits of holding property in a company derive from the ability of landlords to offset 100% of mortgage interest against profits, while those holding a property in their own name can offset just 20%.

But whilst those landlords holding their property in a company can offset more costs against their rental income, mortgage interest rates tend to be higher.  This means that setting up a company to hold buy-to-let property tends to benefit higher-income taxpayers, or those with multiple buy-to-let properties. 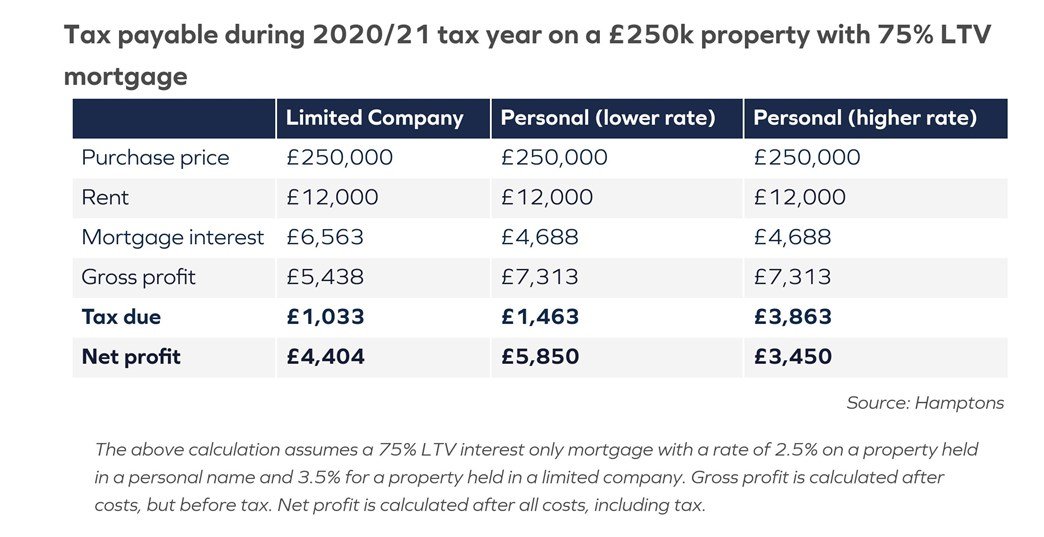