The Copper House – a brand new community development based in the heart of the Beatles’ hometown; Liverpool. Featuring central waterside views over historic Canning Dock, The Copper House provides residents with a convenient and stylish home.

Set over 16 floors, luxury 1, 2 & 3 bed apartments are available with a selection of furnished or unfurnished, with features specifically designed to create the perfect environment for all. Each apartment benefits from floor-to-ceiling windows, a spacious open-plan design and built in wardrobes, as well as a dishwasher in the kitchen. 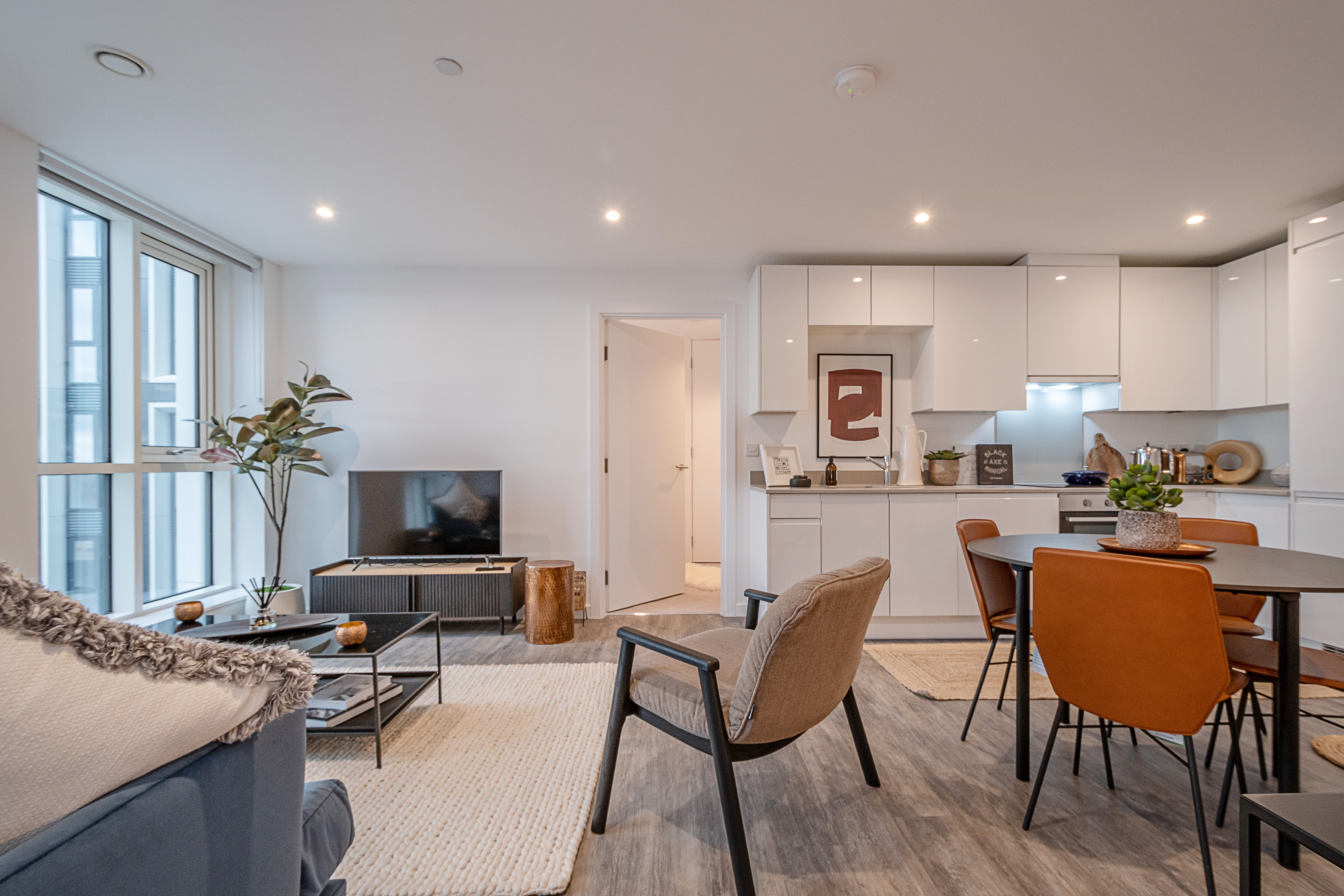 Conveniently located, The Copper House is just a 3 minute walk to Liverpool James Street station, and is surrounded by an abundance of shops, entertainment, restaurants and more, nestled in the stunning historic docks.

Exclusive on-site benefits to make you feel at home:

- Pets welcome at an extra charge 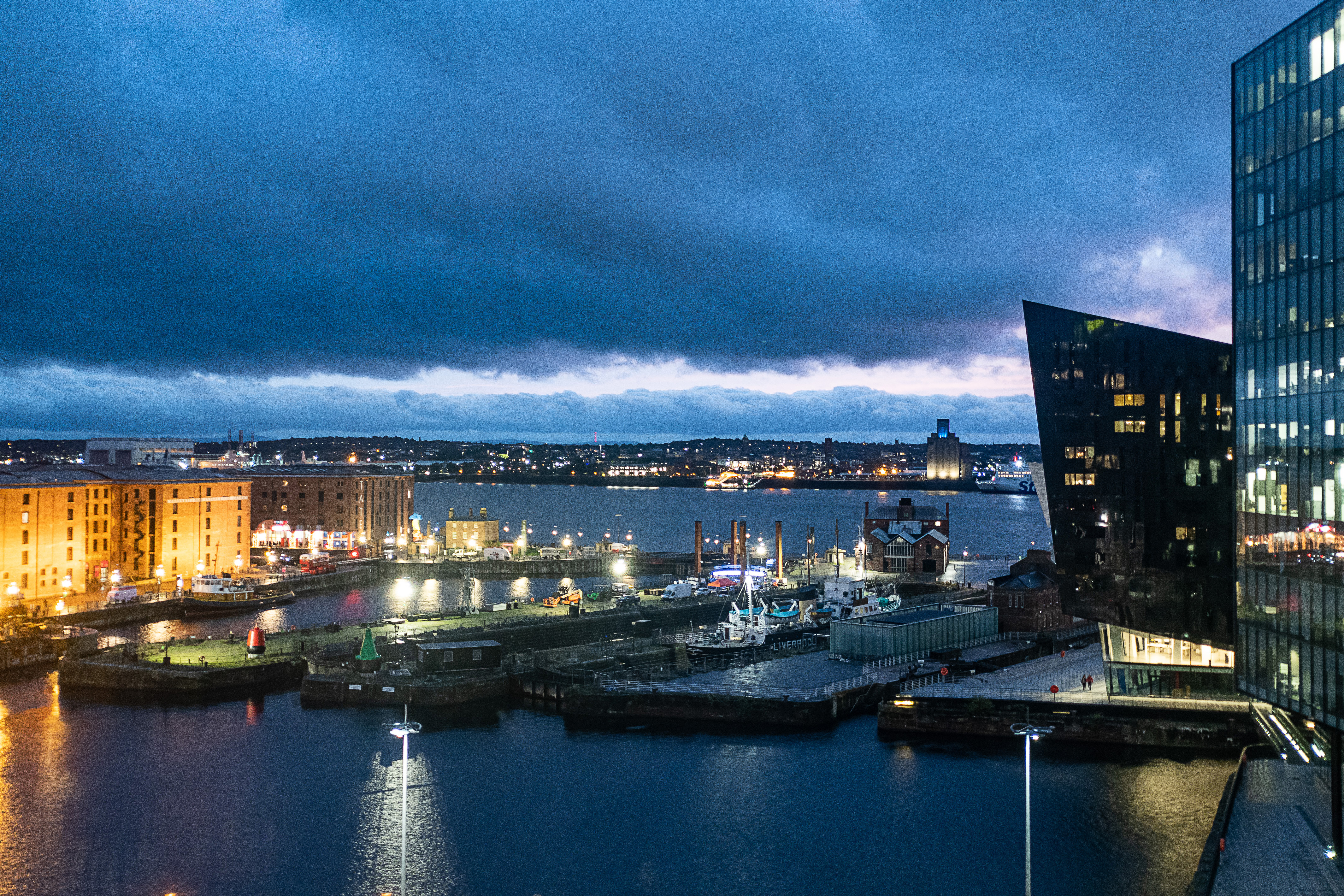 The Copper House is located in the heart of Liverpool’s historic dockside, conveniently surrounded by shops, restaurants, hotels, entertainment and more. 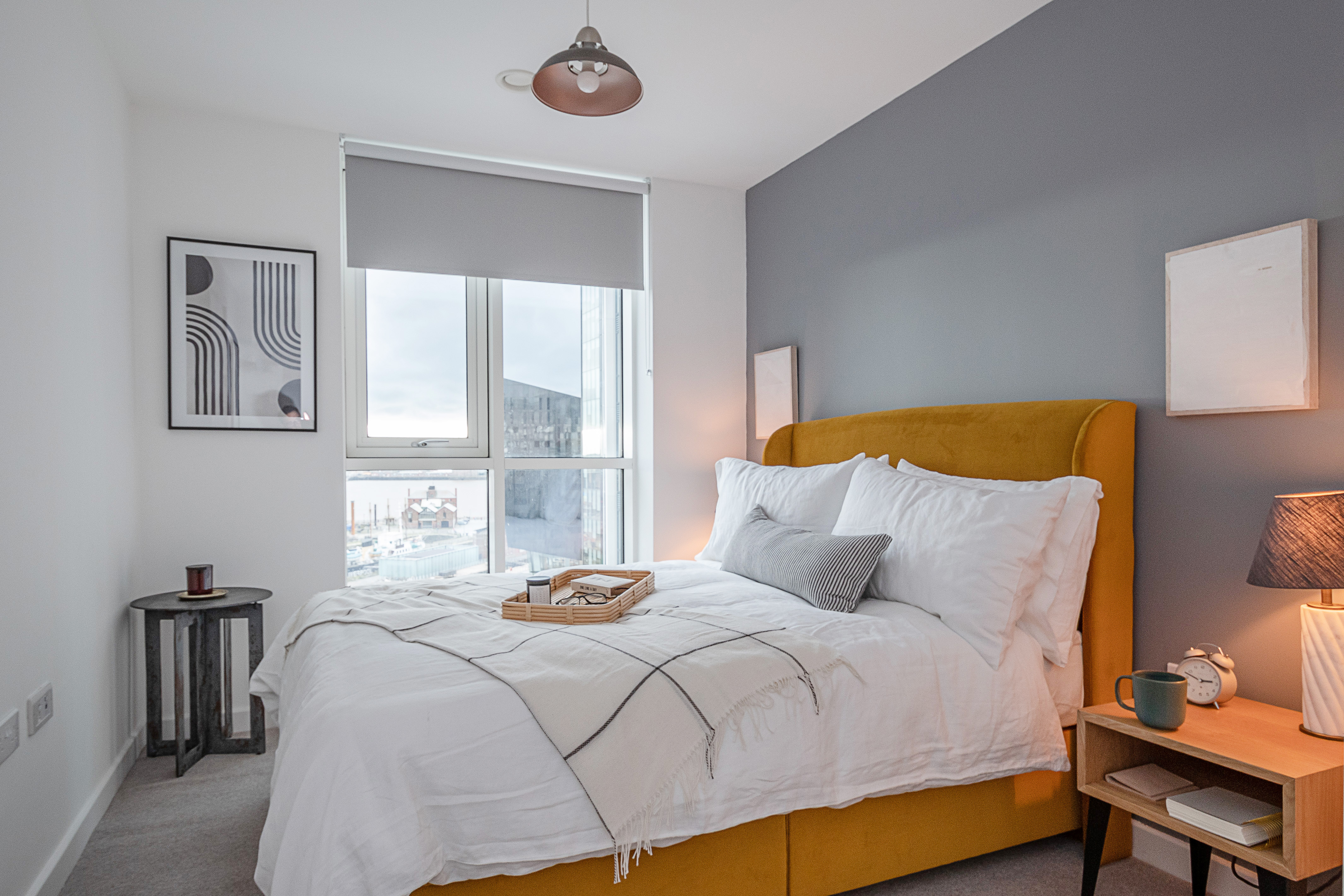 The Copper House is located on Strand Street, just 0.1 miles from Liverpool James Street train station on the Wirral Line. It’s 1 mile to Liverpool Lime Station, which can get you to Manchester Piccadilly in 1 hour. A 24 minute drive (8 miles) can get you to Liverpool Airport. 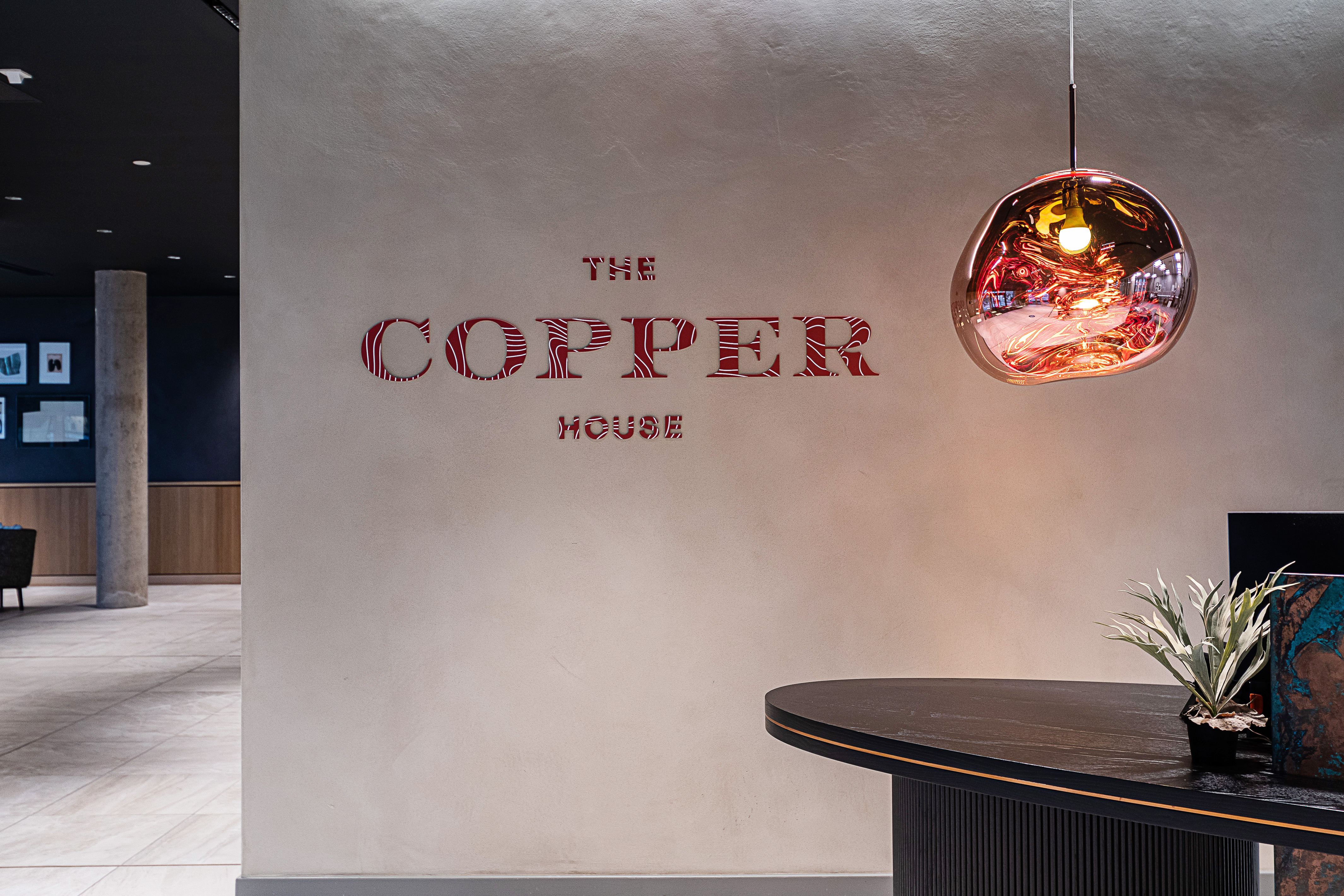 The Copper House is in the heart of Liverpool’s action and culture, with contemporary art in Tate Liverpool just a stroll away in Albert Dock. History buffs can enjoy the Merseyside Maritime Museum whilst music lovers can visit The Beatles Story exhibition. Albert Dock is just a five minute walk, containing an abundance of shopping, culture and some of the best restaurants around. Theatre lovers can enjoy The Liverpool Empire Theatre – the country’s second biggest theatre – showing a range of West End shows. The Everyman & The Playhouse host more independent productions as well. Nearby Liverpool One is the city’s go-to shopping destination, supplying over 170 shops, bars and restaurants. Also, The Metquarter houses designer retail stores, with names like Hugo Boss and Kurt Geiger, as well as an Everyman cinema. Bold Street, named in Lonely Planet’s list of top UK shopping streets, hosts indie boutiques and vintage stores, along with trendy cafes and bistros. 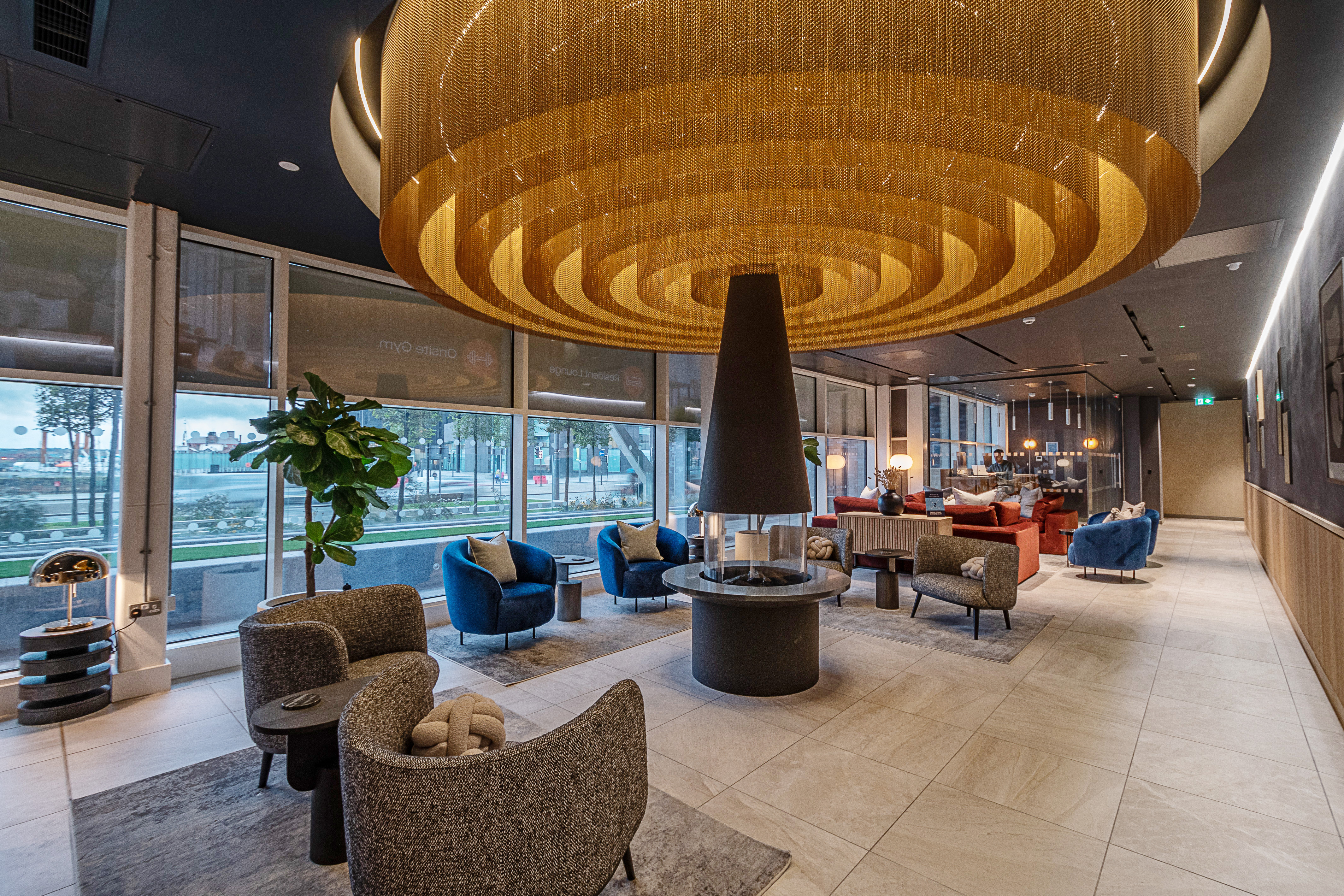 Liverpool has plenty of green spaces, such as Sefton Park with over 200 acres of parkland, a boating lake and a café, as well as glass conservatory Palm House. Stanley Park is just north of the city centre, separating Anfield and Goodison Park – the homes of Liverpool FC & Everton! The River Mersey is on the doorstep of The Copper House, where you can jump on a ferry to Birkenhead Park or head up the coast to Formby Beach, a beautiful National Trust site.

Find out more about the apartments at The Copper House or the onsite amenities for residents.

Email Us Call Us