This has been the summer of the property bidding war, when houses became an even more desirable commodity than before, spurred by the continuing quest for indoor and outdoor space.

Houses, especially those with three or more bedrooms, remain more popular than flats. This suggests that the pandemic may have brought about a more lasting shift in housing preferences than was first expected.

The Office for National Statistics April numbers, which showed an annual 8.95% house price rise across Great Britain, highlighted the optimism that was spreading through the market in the spring. The mood has remained confident, sparking keen competition for homes. The average price of a detached house has risen 9.3% compared to 5.4% for a flat.

Yet this demand has not encouraged many more owners to sell: in May 25% fewer properties were for sale than in May 2019. This has meant disappointment for some househunters: in May 55% of the offers made for properties – at or above the asking price – were rejected.

A record 36% of homes that changed hands during the month fetched more than their asking price, twice as many as in May 2019. The average vendor achieved 100.3% of their asking price in May, continuing the trend of April when 100% was achieved for the first time on record.

Three or more offers were made for more than a third (37%) of the properties that sold in May, compared with 29% in the same month of 2019. But the mood differs between locations: Yorkshire & Humber is the market where there is most rivalry to secure a home. More than half (52%) of properties in this region received three or more offers. In Scotland this was the case for 47% of sales.

The pursuit of the dream home elsewhere has been less frantic. However, even in London and the South East, where affordability is more of an issue, 34% of homes received three or more offers. 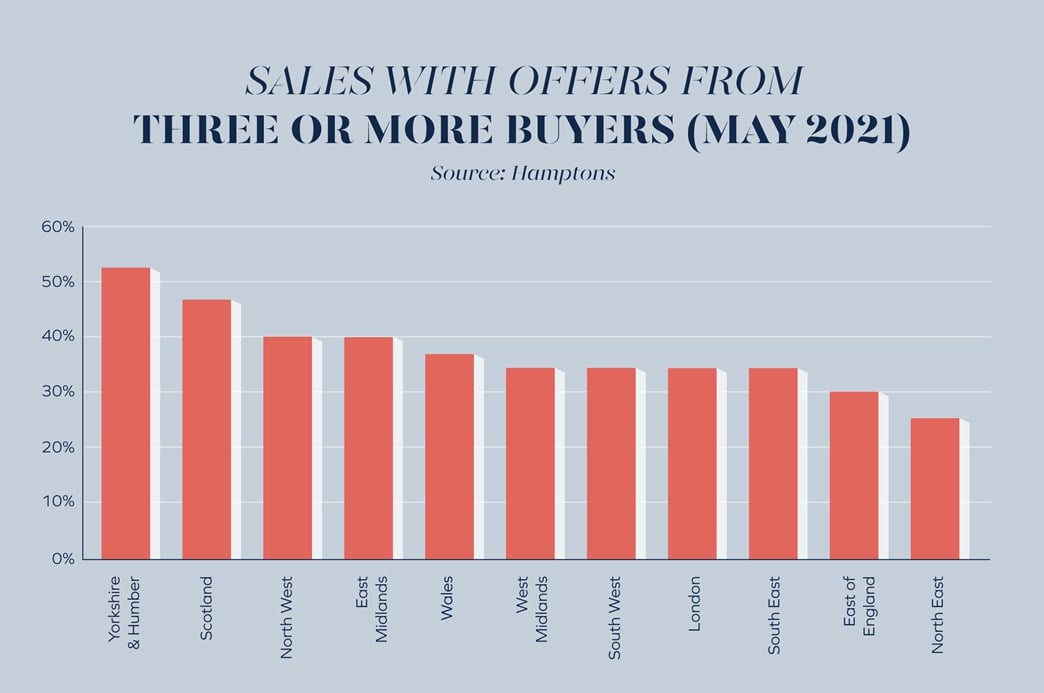 Some would argue that the stamp duty holiday is the driving force behind this activity – and that there will be a slowdown, or even a halt to activity when this concession is withdrawn. The temporary nil rate band of £500,000 ends on June 30. Thereafter, a nil rate band of £250,000 will be in place until September 30.

We take a more nuanced view. The September 30 deadline presents much less of a cliff edge than the original March 30 deadline. At present it takes an average of 91 days between the acceptance of an offer on a property and the exchange of contracts. As a result, only 10% of the deals that were agreed in May will be completed by June 30, although 85% should complete by September 30.

Many people now looking for a property know that they will not enjoy a tax break. Nevertheless, the markets in London and the South remain robust, despite being the regions where the stamp duty holiday has been the most valuable, allowing savings of as much as £15,000.

It seems that this summer’s househunters are prepared to shrug off higher moving costs if they can meet their goal of finding a property that suits their new lifestyle. Despite the return to offices, it is expected that many employees will work from home one or two days a week, making a property with a garden and enough room for a home working desk the object of real estate desire.

In our view, the demand from such movers could slow later in the year as stock levels improve, causing the tempo to moderate. 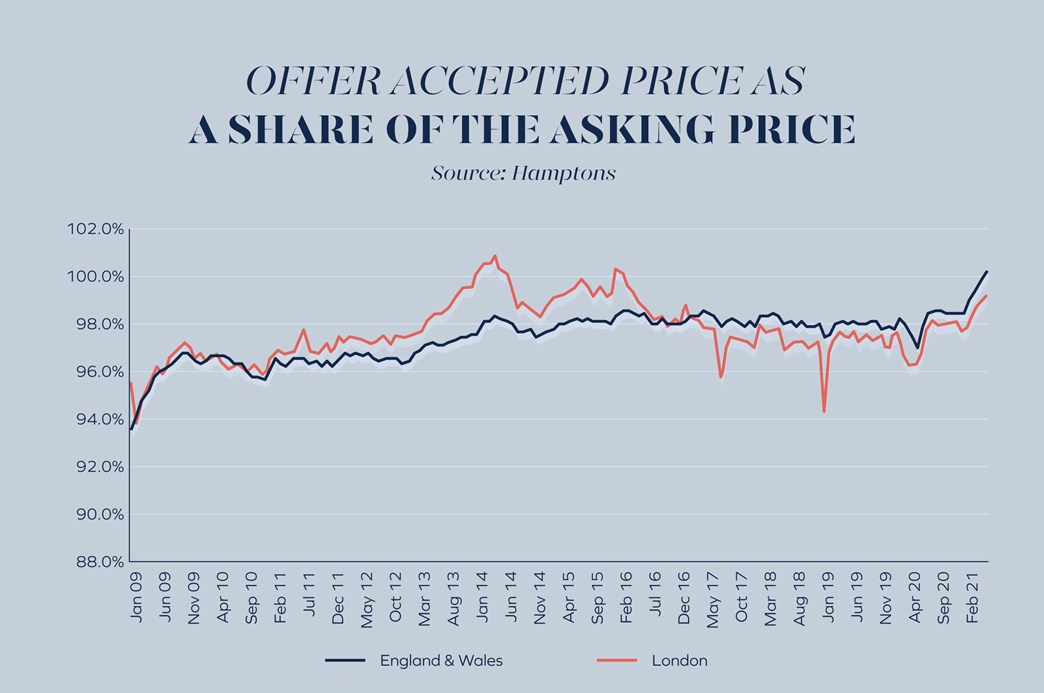