The exodus from cities to the countryside – the key pandemic era trend – continues. In 2019, 26,000 households swapped cities for a rural location. In the past 12 months, we estimate that as many as 53,700 households have moved out of London and other cities across the country, seeking green spaces and roomier properties. Over the same period, less than half this number relocated from the countryside to an urban location, heading for the bright lights.

Londoners are the most eager people to buy in the countryside, accounting for 7% of rural home sales since the start of the year. In 2020, they acquired an estimated 25,000 homes, 6% of the total sold. House hunters from London have generous budgets, typically spending £491,000 on a property. This is 68% more than a buyer from elsewhere.

While leaving the capital, or any other big city is often about changing lifestyle, it’s also about trading up. Since the onset of the pandemic, 81% of people selling a flat went on to buy a house, notably up from a pre-pandemic average of around two-thirds. Typically, buyers head to the locations where they can afford to do this.

For Londoners leaving the capital it means most ensure that they are within easy reach wherever they left, mindful that they may need to return to the office for several days a week. 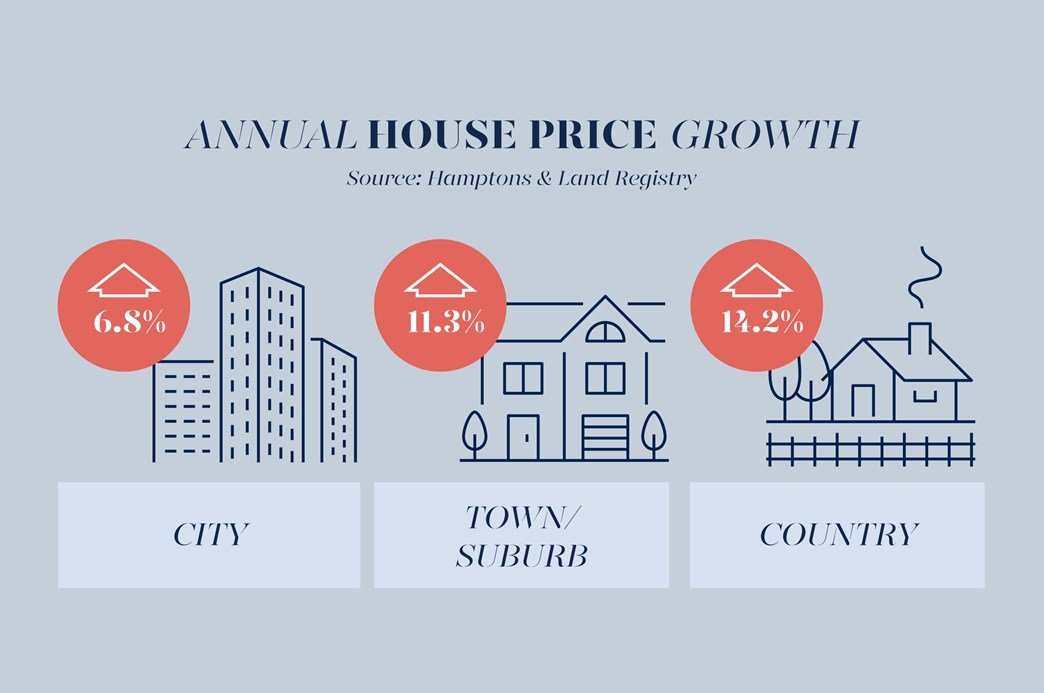 Commuting ease helps explain the popularity of Tandridge, the Surrey district that takes in Banstead, Lingfield and Oxted and their surrounding villages. To date this year, 77% of buyers in these areas came from London, against 57% over the whole of 2019. In that year, Londoners moving out of the city bought 8% of rural properties in the South of England. They are currently accounting for 10% of such deals.

Migration out of cities into the countryside is far from new. But the pandemic has served to bring forward many of the moves that people would otherwise have made within the next five years. As a result, we expect the pandemic to accelerate the fall in the average age of a city leaver in 2021. 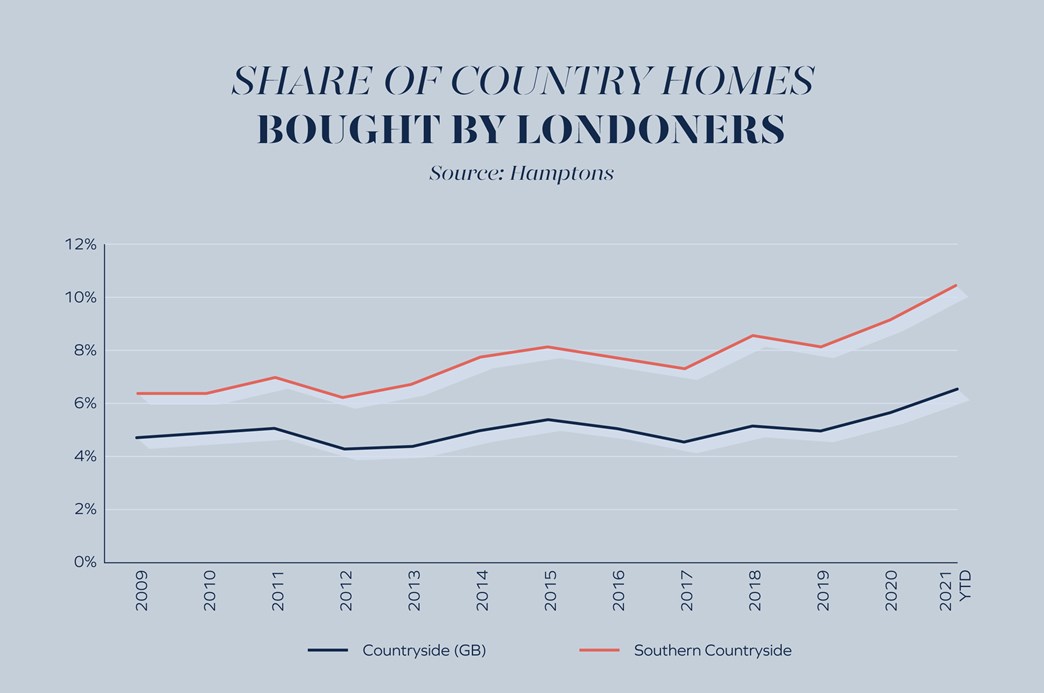