The economy has taken a hit this year, but the real effects will not be felt until 2021

The rural retreat is beginning to displace the suburban idyll, as urbanites seek more living space and a larger garden. This trend became immediately apparent when the property market reopened in May after its lockdown freeze. Between May and September, 31% of Londoners waving goodbye to the capital chose to relocate to the country - wishing to escape the confinement they had felt in lockdown. In the first quarter in the year, 27% opted for a new life in the country. Suburbs and towns were thedestination of 68% of the people who were moving out of London at the start of the year. This fell to 63% between May and September, as a switch in preferences drove leavers to more rural locations.

As many as 83% of the respondents to the latest RICS survey expect increasing demand over the next two years for houses with gardens. Such is the desire already for outdoor space in a country setting that people will spend 13% more on such a property than they have raised from the sale of a London home. Pre-pandemic, they paid 5% less than they received from selling up in the city. Households who are remaining in the centre of the capital – some people still love the bright lights - are spending 12% more on a property. Whereas those Londoners leaving the capital for a smaller town spent an average of 9% more on their next home.

The willingness of people moving, even within the centre of London, to pay more for a property underlines the growing requirement for space, a need driven by home working.

This lifestyle change, sparked by the pandemic, seems likely to continue for many workers, even if they start to go to the office several times a week. Our research shows that better-off homeowners with savings an equity in their existing homes are
bringing forward the decision to acquire a larger place, where they can create a home office. The need to accommodate children who have graduated from university but are struggling to find employment will be a consideration in some cases too.

London homes are traditionally smaller than those elsewhere which means that people who are up-sizing, either in the suburbs or the countryside, buy a property with an average of 1.5 more bedrooms. The GB average is 1.3 bedrooms. People moving from the cities of the East of England acquire an average of 1.4 extra bedrooms. Lockdown has brought about changes in the way we want to live and work. Whether these will prove permanent, or could be reversed with the arrival of a Covid-19 vaccine, it is too early to tell. But, for the next few months, large-ish houses in the country with generously-sized gardens seem set to remain top of the wish-list for urbanites longing for a different life. 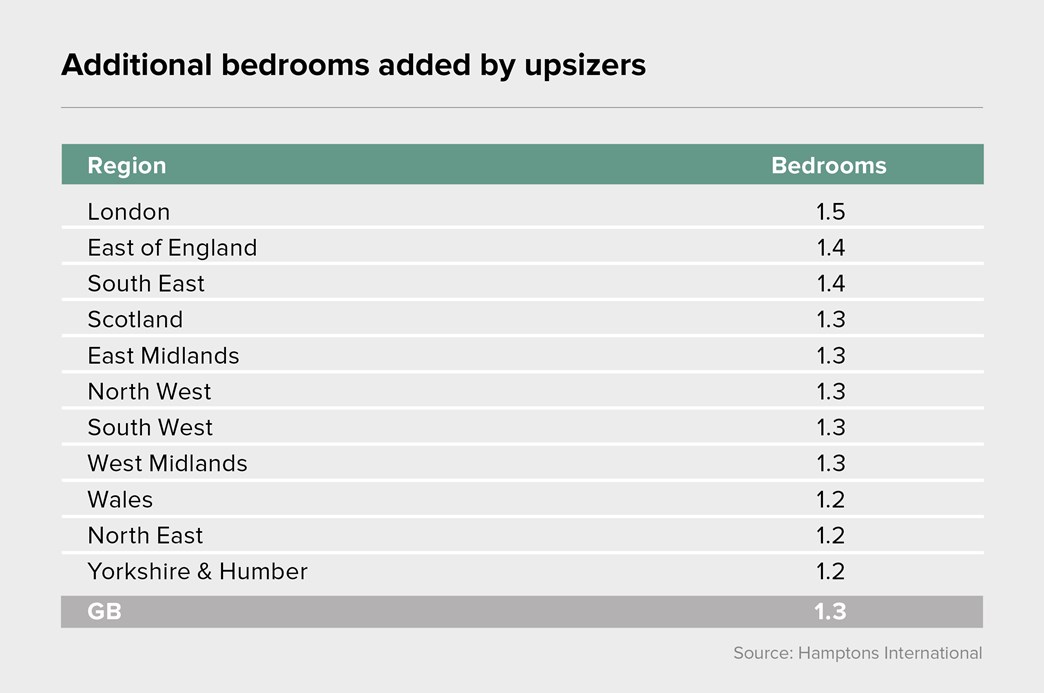 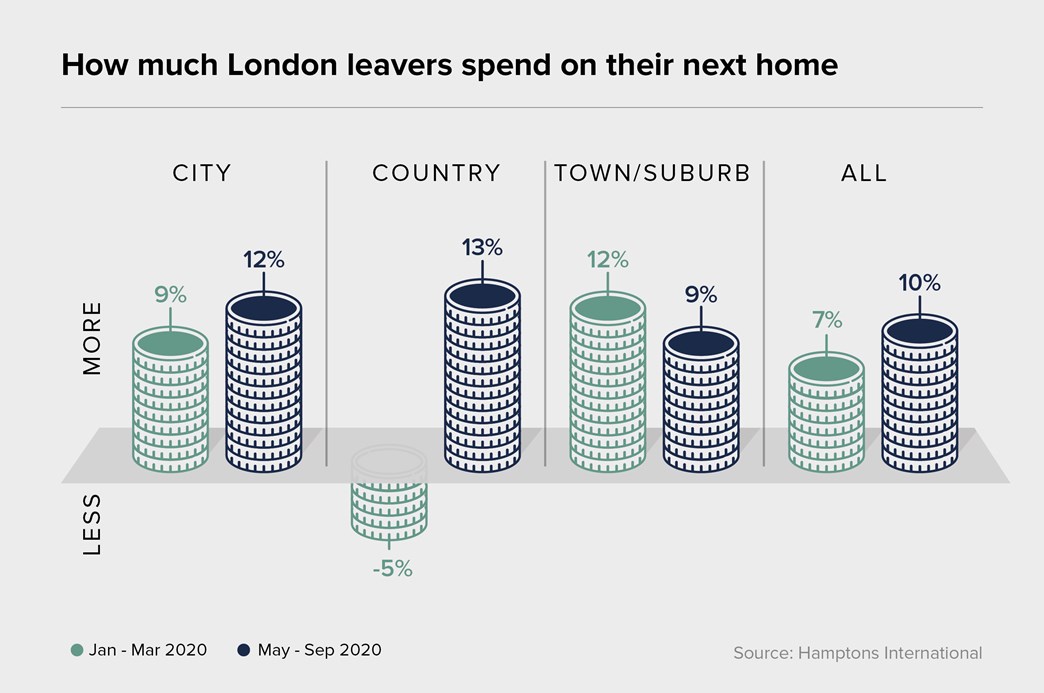