Where London sits in the cycle

So far in 2021, property prices in 21 of the 33 London boroughs have hit new records. Due to the rush for space triggered by the pandemic, growth has been concentrated in outer boroughs which means that the price gap between inner and outer London has shrunk to its smallest in over a decade.  Over the last 12 months, house prices in inner London have risen by 1.0%, while in outer London they’re up 5.5%.

In 16 of the 20 outer boroughs of the capital, prices are at a new high. This includes areas such as Merton, where the average price is £567,100, Barnet (£540,600), Ealing (£520,670) and Brent (£514,180). As home working has increased and buyers have become less tied to a quick daily commute, they have flocked to outer boroughs for more space – and the prospect of gaining a garden, which became so precious during lockdowns.

Buyers have also gravitated towards outer boroughs because prices are lower and homes tend to be bigger.  Although the value gap between inner and outer areas has narrowed to its lowest level since 2010. The average home in inner London now costs £599,000, compared with an average of £452,000 in the capital’s outer boroughs, a difference of 33% and much reduced from the record 50% differential seen in 2013.  This masks the fact that the average home in outer London is bigger too. 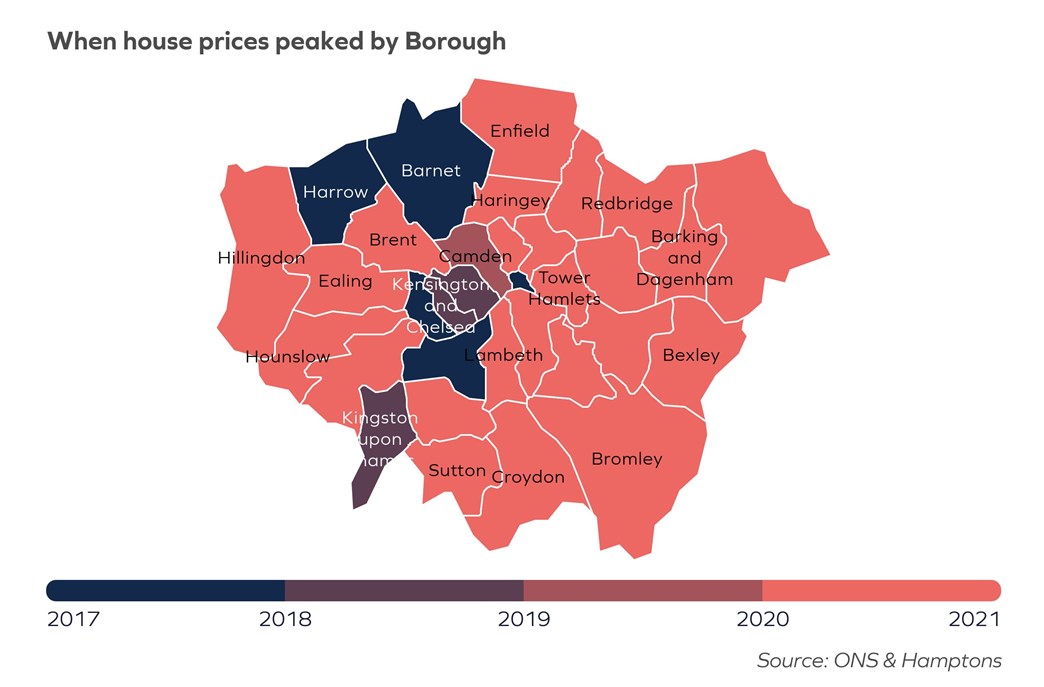 In the four outer boroughs where prices have not hit new highs, values are an average of £7,100 below their peaks. These include Kingston upon Thames, where homes cost £505,610 on average, and Harrow (£473,460). Homes in these locations are already expensive relative to other parts of outer London so it is not a big jump for buyers to move further out to the Home Counties and get more for their money.

The current situation is a complete reversal of the recovery in the years following the Global Financial Crisis, when it was inner London boroughs that recovered fastest and were more likely to see prices reach record levels quickly.

The last time that every London borough hit a record price in the same year was in 2014. Since then, more outer London boroughs have hit peak prices than inner London boroughs. Prime central London in particular saw fewer purchases from international buyers in the years following the Brexit vote in 2016. Although the fall in sterling has encouraged more international buyers to invest in London in recent years, the real growth is set to be in outer boroughs as the race for space continues. 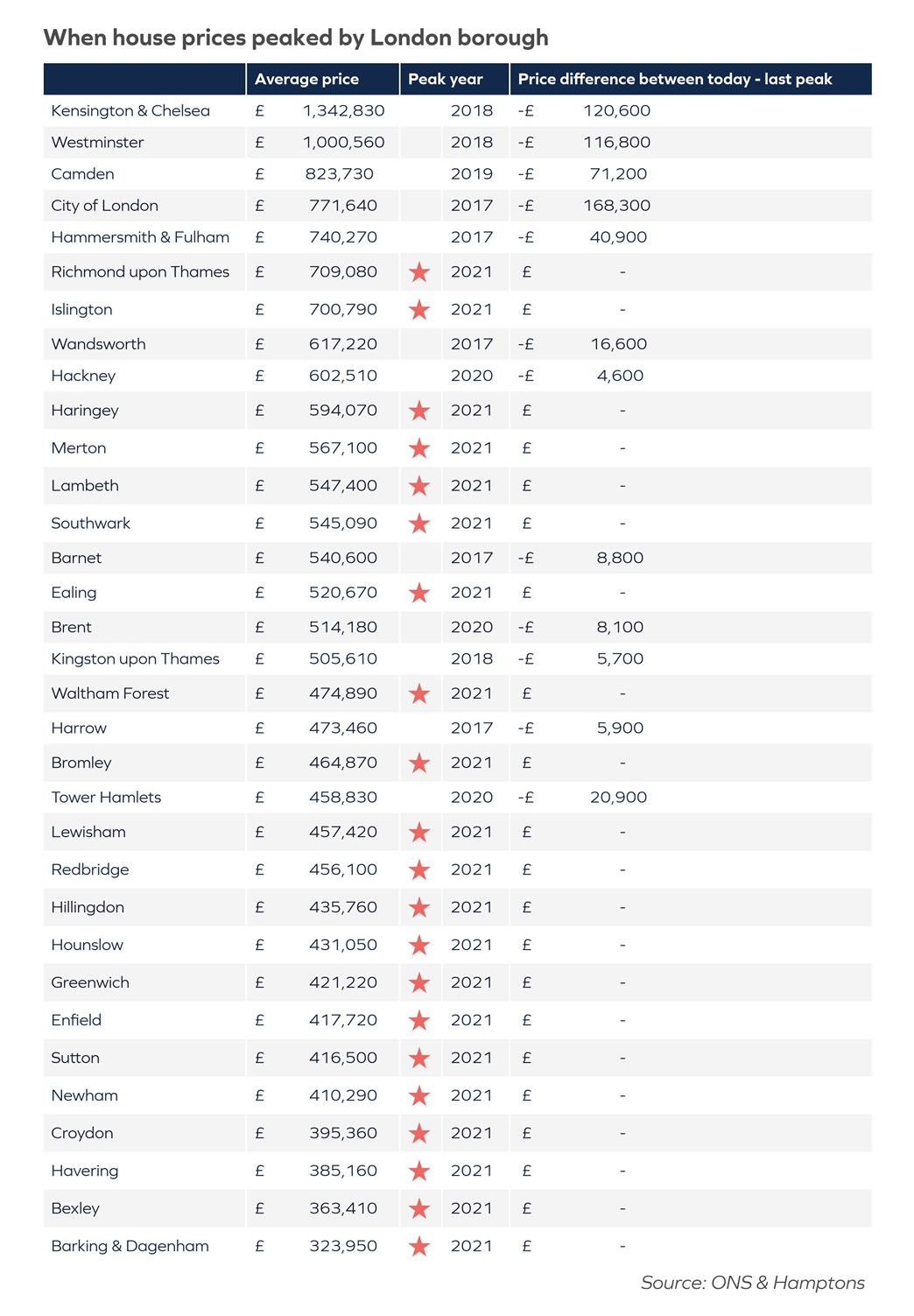