It’s fair to say that the spring lockdown focussed people’s minds on their home.  Space, and more of it, topped buyers’ wish lists and when the housing market re-opened in May the speed with which it took off, caught many by surprise.

The Chancellors’ announcement of a stamp duty holiday that was to last until the end of the financial year acted as a further incentive to fast-track moves.  The dream of a future home in the countryside has for many, become a reality this year.

As a consequence, the housing market has defied the wider economy and performed well.  Sales are up, as are applicants registering with estate agents to buy.  And as people look to beat the stamp duty deadline, the market shows few signs of slowing down.

In fact, for sale boards are being replaced with sold boards quicker than ever before.  The average home in Great Britain went under offer within 34 days in October, down from 52 days during the same period last year.

However, the one area in which we are seeing a slowdown is in the time it now takes to exchange on a property.  Increased buyer demand, coupled with more stringent lending criteria, has meant that conveyancers, valuers and those carrying out searches are all coming under pressure.

Our analysis shows that on average it now takes 94 days between an offer being accepted on a home, to exchanging of contracts.  This is one week longer than in October last year. 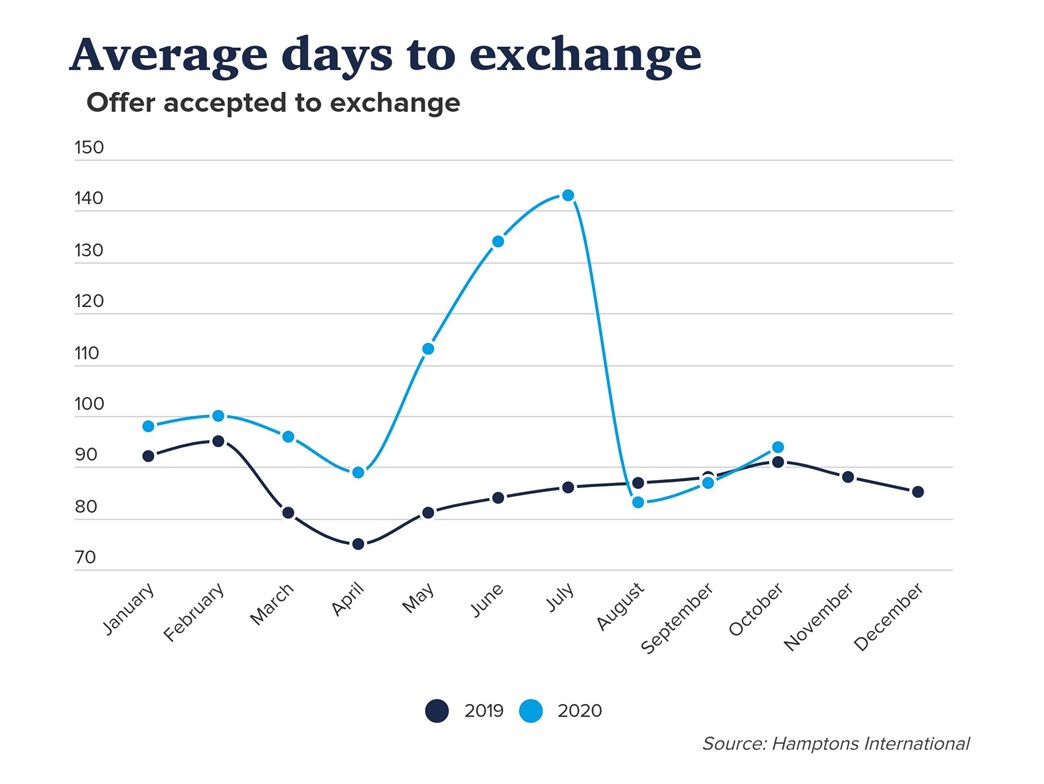 But this is only part of the story.  Many of October’s exchanges were on homes sold two to three months ago when pressure on the sales process was not quite as great as it is now.

These figures provide us with insight and a better understanding of the delays that are emerging and a sense of the number of property sales that are yet to go through.  And whilst a cash buyer is 10% more likely to exchange within 3 months than a buyer using a mortgage, the gap hasn't increased that much which suggests delays are more likely to occur during conveyancing.

As England enters its second lockdown pressure looks set to build, while the race to beat the stamp duty deadline edges closer. 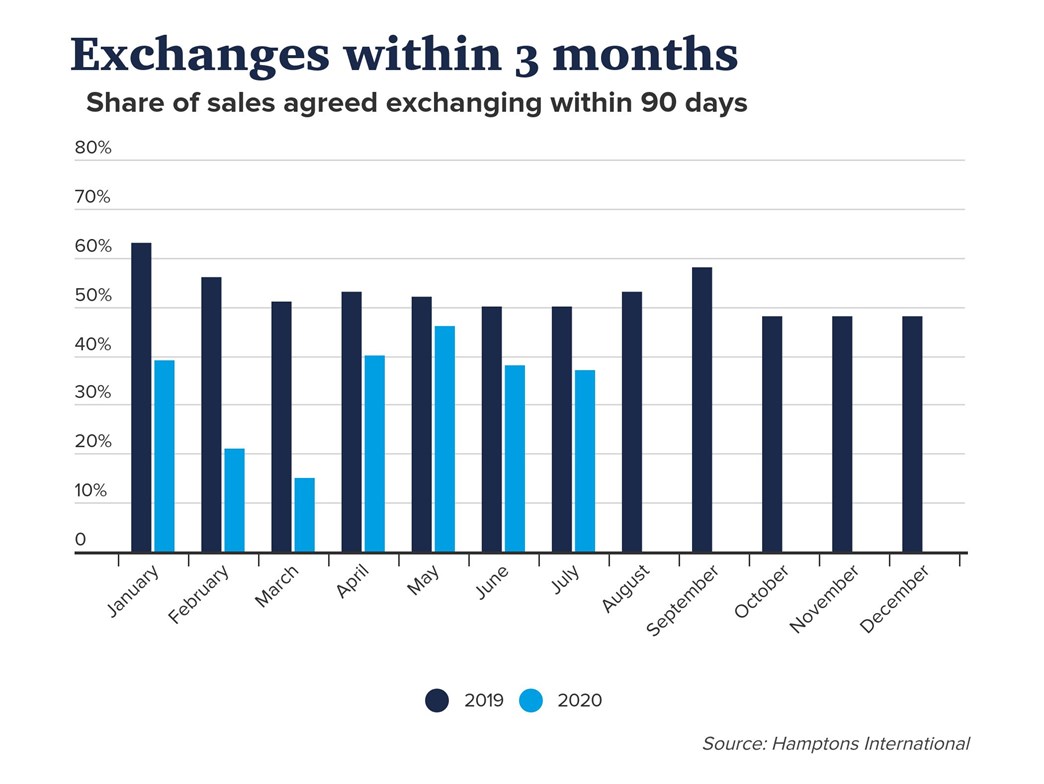