Over the last five years, the rental sector has shrunk.  There are 250,000 fewer privately rented homes in England than during the peak of the sector in 2017, meaning many investors have sold either part or all their portfolio. However, some of those landlords who sold also bought.

Our analysis shows that buy-to-lets bought last year are achieving higher yields than those which were sold. The average yield achieved by a landlord who bought last year was 6.2%, but for one selling it was 5.2%.  More than half of investor purchases (55%) achieved a gross yield above 5% compared to 35% of buy-to-let properties that were sold last year.  While some of these purchasers are new investors, others are by existing landlords replacing lower yielding homes with those offering higher returns.

Tax and regulatory changes that have been introduced over the last five years have put pressure on low yielding landlord profits.  For some landlords this has meant selling off lower-yielding homes, often houses, against which their ability to borrow is more limited, and purchasing smaller properties that tend to offer stronger yields.  Investors’ quest for higher returns has also been directed by their need to meet lenders increasingly stringent stress tests.

In recent years this drive for higher yields has been dictated by more landlords buying in northern regions meaning new purchases are higher-yielding than if they had carried on buying further south. While every region of England and Wales saw new landlords buy at higher yields than those who sold, the largest differential is found in northern regions.  In Yorkshire & the Humber, the average landlord who sold last year had been achieving a gross yield of 5.9%, while new purchasers earned around 7.4%.

The longer-term replacement of lower-yielding properties with higher-yielding ones is underpinned by how many landlords operate. Many will undertake work, spending money on top of the purchase price to achieve a higher rent and stronger yield. This means that when they come to let their property, they can achieve the highest rent possible. Conversely, with many sales triggered by a tenant leaving, the rent they were paying reflects a home that has been lived in rather than one which had just been refurbished.

Landlords have always bought higher-yielding homes than the ones they sold, however, the gap between the two has never been wider. The extra taxes and costs they have faced over the last five years have seen net yields on some lower-yielding homes turn negative. Despite making limited profit from rents, these homes are still likely to have significantly gone up in value since they were bought, meaning the pressure on investors to optimise portfolios and realise paper profits has never been greater. 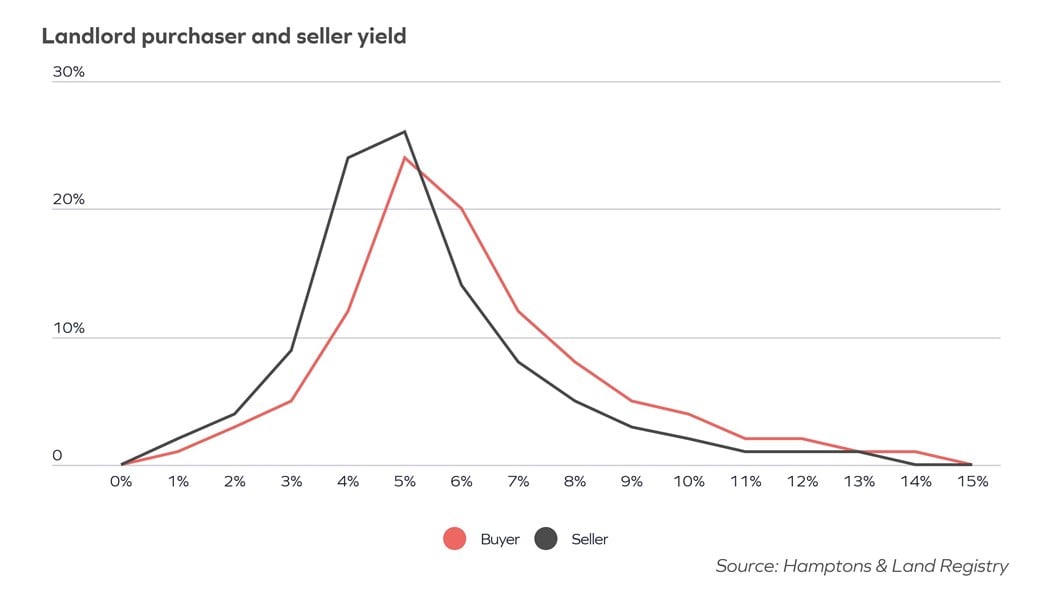 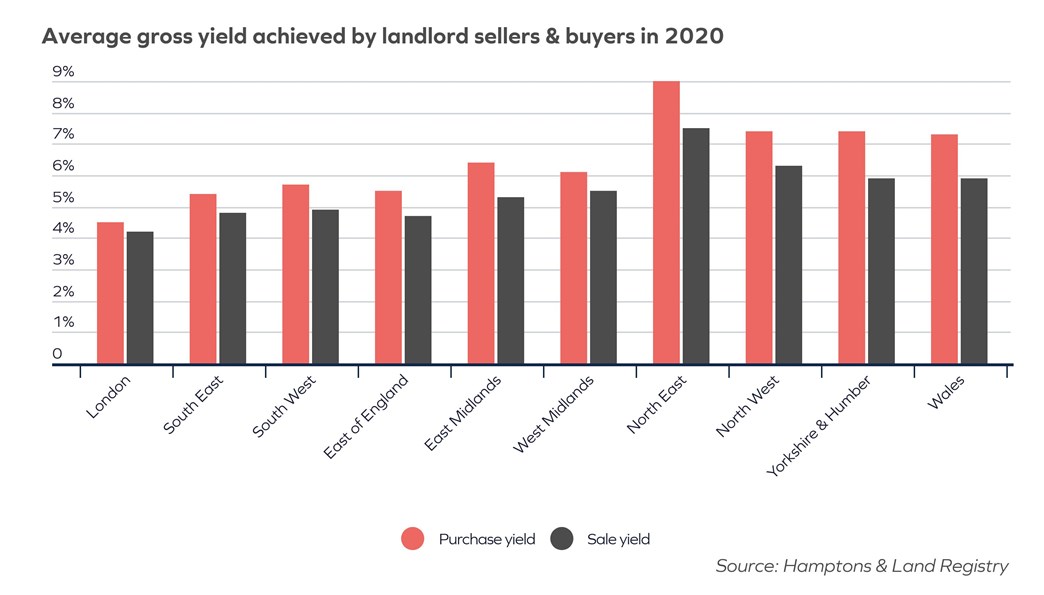