Despite the rapid pace of the vaccine rollout, the pandemic induced desire for space shows no sign of abating. Price growth has continued to strengthen, buoyed in part by a shift in the mix of homes sold. With more expensive homes changing hands, it has pushed up average prices across the country. And in London, houses continue to outperform flats on a number of metrics.

While generally it takes longer to find a buyer for more expensive homes, houses are selling more quickly than flats. In February it took an average of 81 days to sell a house in the capital compared to 105 days to sell a flat. December 2019 was the last time it was faster to sell a flat (65 days) than a house (95 days).

And in similar fashion to time to sell, house owners are also currently achieving a larger proportion of their asking price. April 2020 was the last month when flats achieved closer to their asking price than houses (96.4% vs 95.9%), with houses achieving more in each of the 11 months since.

All of this means is that flats are making up a smaller share of homes sold in London. In Q4 2020, sales of flats comprised just 41% of homes sold in the capital, the third consecutive quarterly drop and the lowest quarterly figure since 2007. 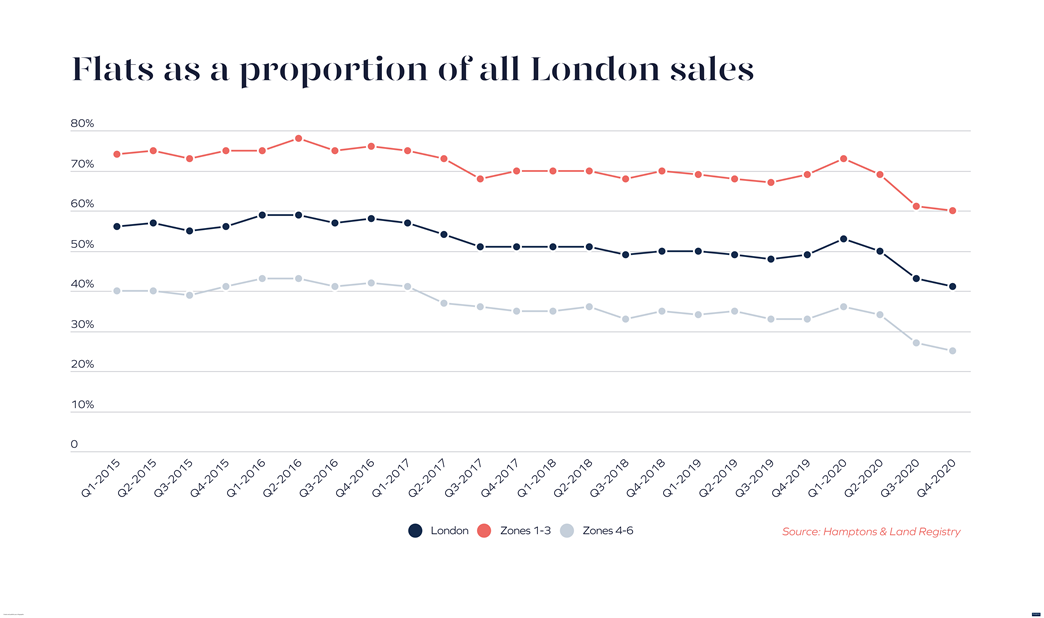