The embers of the stamp duty holiday

As the final curtain falls on the stamp duty holiday, there are tentative signs of more normal levels of activity returning to the housing market.  This follows one of the busiest summers on record.

Following four straight months where the average vendor was able to achieve over 100% of their asking price, in September the average seller secured ‘just’ 99.9% of their asking price. This drop off has been most marked on homes sold under £500,000. Above £500,000 achieved values have continued to strengthen over the last few months as demand for space remains resilient.

Despite sellers achieving a little less of their asking price than in recent months, the market is still performing well compared to pre-pandemic times.

It’s a similar story with time to sell which has risen from 23 days in August, up to 29 days in September. London has been joined by the South East as the slowest place to sell a home in the country, with an average time to find a buyer of 54 days. While further North, increases in time to sell have been more modest.  Generally, northern regions remain the fastest places to sell a home in the country.

The reduction in time to sell and the ratio of asking to achieved prices hasn’t been a product of more homes coming onto the market - stock remains scarce. While we have seen the usual seasonal bounce in people putting their homes on the market in September as they look to complete their move by Christmas,  instruction numbers are still down by around a quarter compared to the same time in 2020.

This has been compounded by the profile of buyers. The number of prospective buyers registering sits midway between more normal 2019 levels and record 2020 numbers, with some moves that would otherwise have taken place in the final quarter of this year brought forward into the stamp duty holiday. But the majority of these potential buyers do not have a home to sell, putting downward pressure on stock. Mortgaged investors and cash owner-occupiers, in particular, have recorded the largest uplift in demand.

Following the usual spike in completions this month as the stamp duty holiday ends, a return to the old stamp duty rates is likely to be factored into purchases across the rest of the year. But ultra-low stock levels will insulate against any weakening of pricing, with vendors able to hold out in the face of limited alternatives. At the same time, demand for space is likely to protect prime pricing, despite higher stamp duty bills. 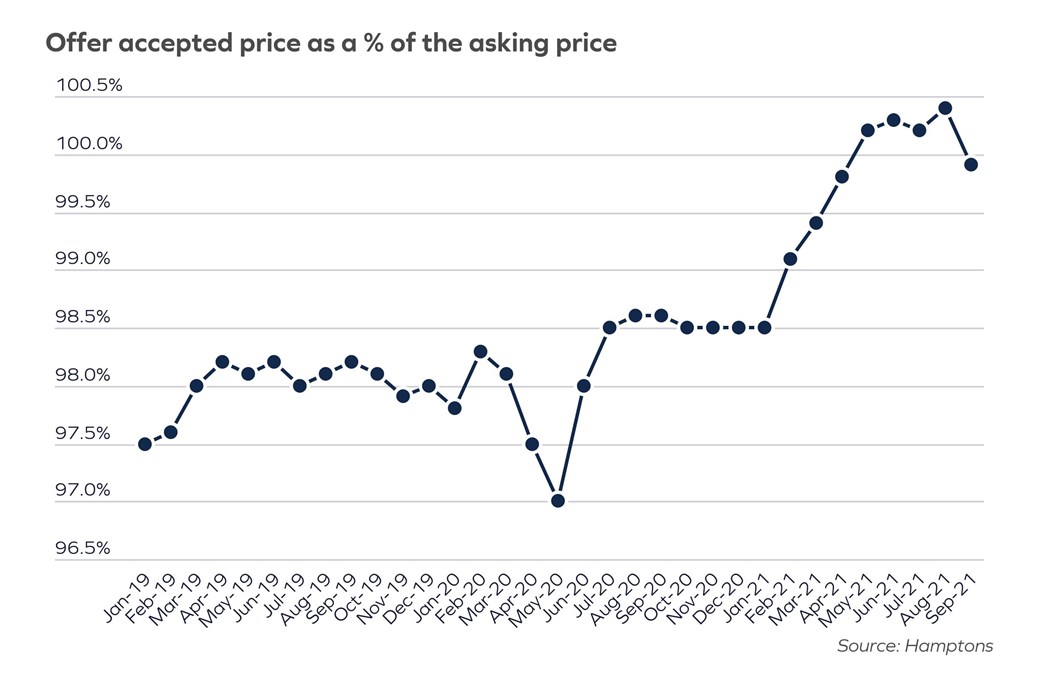