Between the housing market re-opening for busines in May and the end of September, the total number of homes let across the country fell by 5.3% compared to the same period last year.  But this overarching number masks a far from uniform picture. 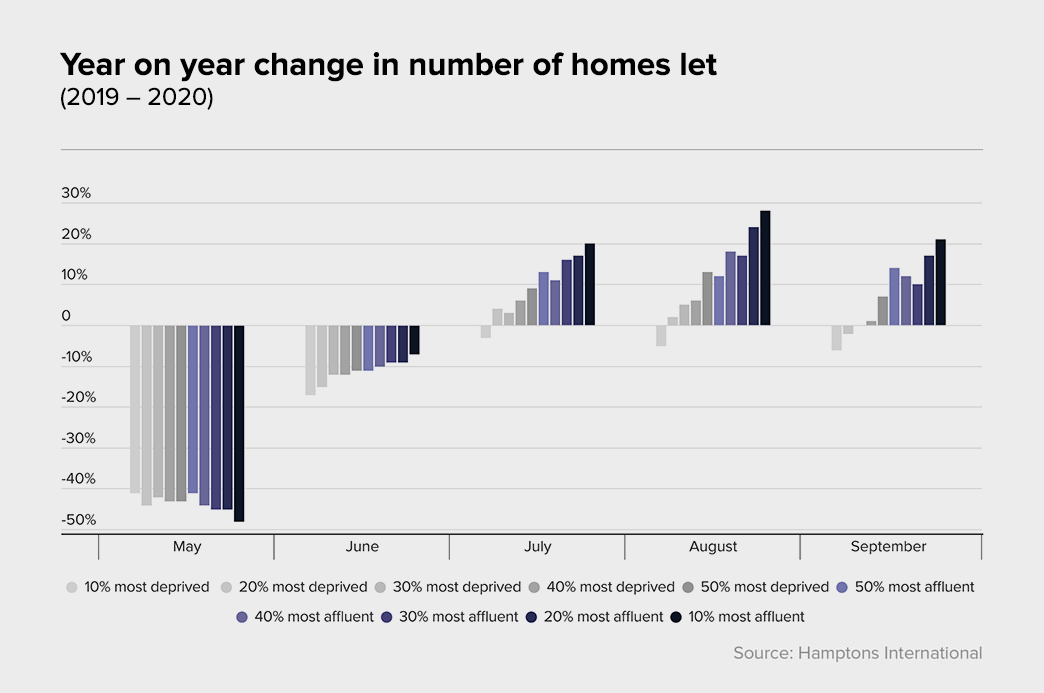 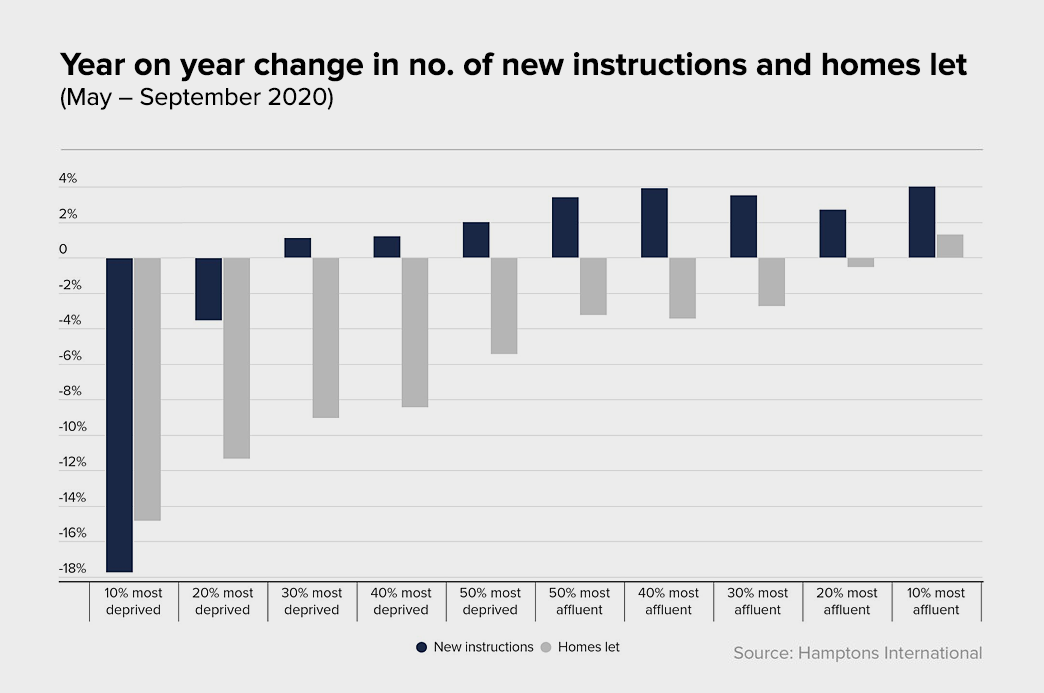 Rental growth across Great Britain was flat in September, running at 0.0% with average rents on newly let properties at the same level as they were in September 2019.  However the number of regions recording rent falls since the start of the coronavirus pandemic in March has fallen to its lowest level.

Only London (-2.9%) and Wales (-0.1%) saw year-on-year rent falls in September, with every other region in England and Scotland recording rental growth.  Rents in the South East and East of England returned to growth in September, having recorded falls in each of the last three months.

While London as a whole has seen rents fall in every month between March and September, these falls have been predominantly driven by Inner London.  However September marked the first month since March when rents in Outer London returned to growth, rising 0.2% year-on-year. Despite this rise, there is no sign yet of a recovery in Inner London where rents fell 14.1% in September compared to the same time last year. 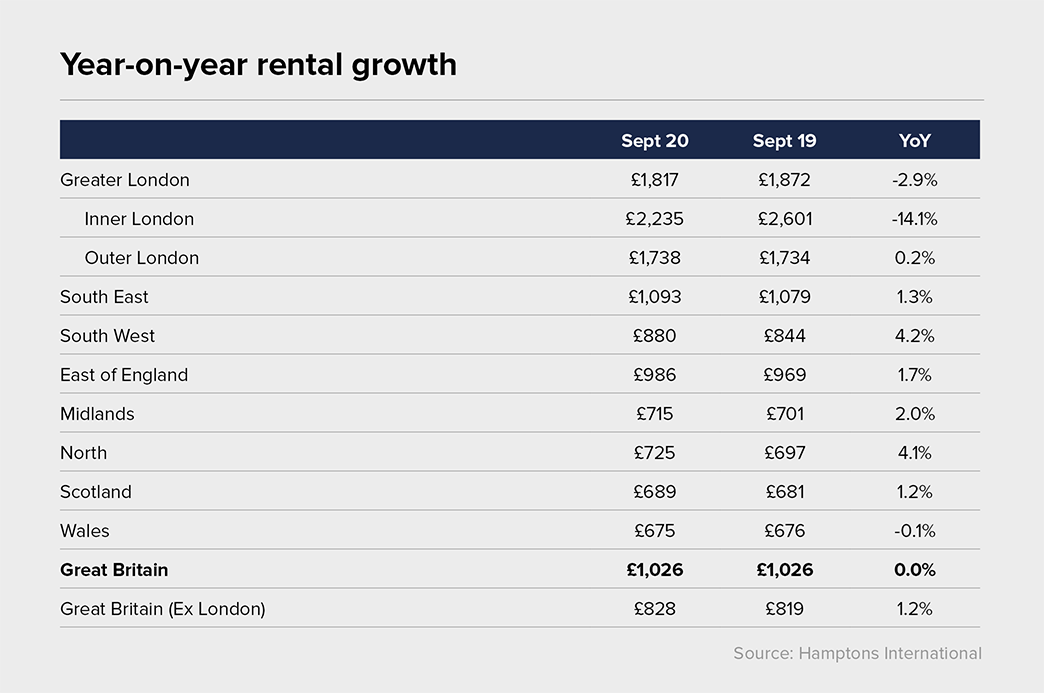