Riding the house price cycle – country to the capital

Since the pandemic began, more than 50,000 households have swapped city living for a rural retreat.  But others are making the most of the house price cycle by cashing in on rising house prices in the countryside and making the move back to the bright lights of the capital.

Sixteen years ago the average home in London cost just 50% more than one in the country - by 2017 that figure reached 128% or an extra £344,960.  This was driven by London house prices rising faster than in the country during every year between 2005 and 2017. But since then, the gap has gradually closed, however the unprecedented demand for space and the rise in popularity of flexible working since the pandemic began has accelerated the trend. 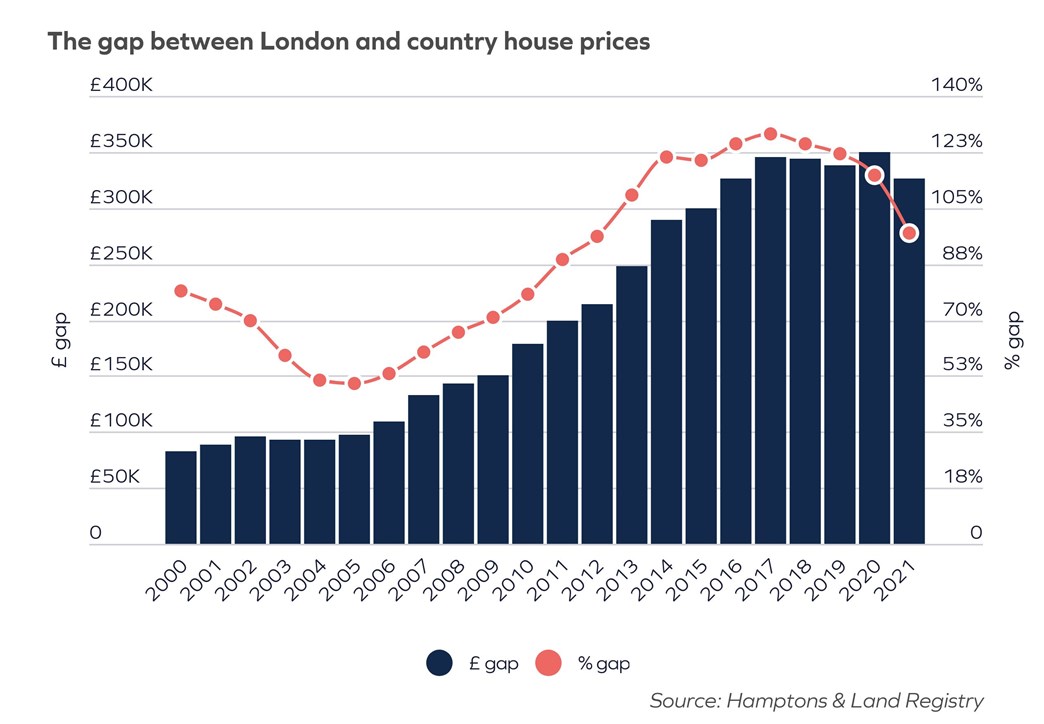 Over the last year, the average price of a country property has risen in value by 10.5%.  Meanwhile, London prices have risen by 1.2%.  This divergence has further eroded the London premium.  Today the average property in the capital costs 97% more than one in the country, the smallest gap since 2012.  Yet this gap still equates to an additional £326,080.

Downsizers looking to trade in a country house for a city flat will reap the biggest rewards. Detached homes in the country have risen in value by 9.2% over the last year, while London flats have fallen by 6.9%. 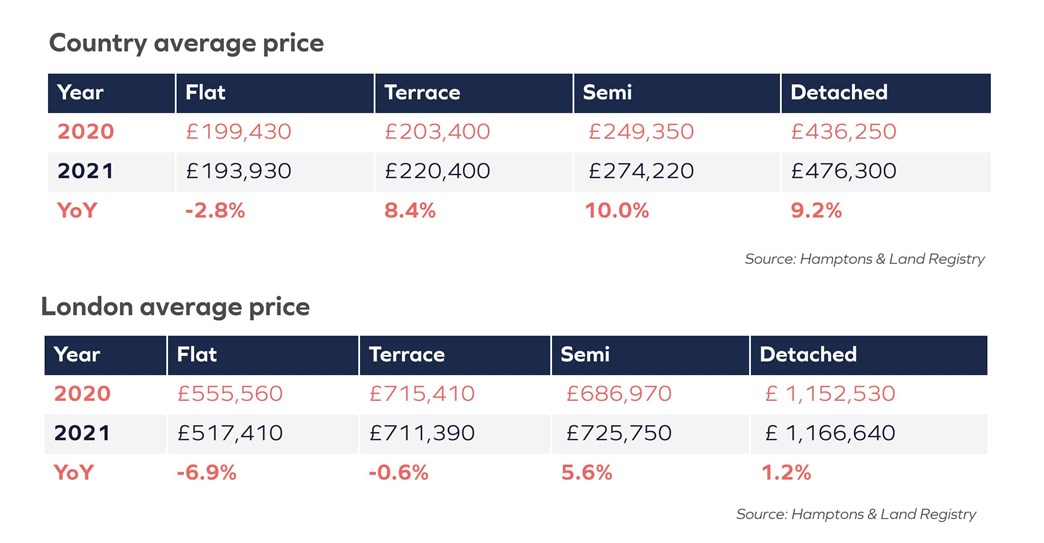 Over the next few years, we expect the price gap between London and the countryside to continue closing. This is a trend which had already been underway for a couple of years. While the long-term impact of the pandemic on remote working is likely to mean that demand for larger, more affordable homes in the country remains robust.  As a result, we expect house prices in the country to continue to outpace those in the capital.  If current trends persist, by the end of next year the average London home is likely to cost 80% more than one in the country, the smallest gap since 2010.

As the gap closes, it is likely to mean more new and existing homeowners making the move into the capital, from the country. Typically these are either downsizers looking for a smaller home closer to amenities. Or they are first time buyers, driven by affordability but looking for a home closer to the heart of the action. This is a growing group and so far this year 39% of buyers moving into the Capital were buying their first home, an all-time record. 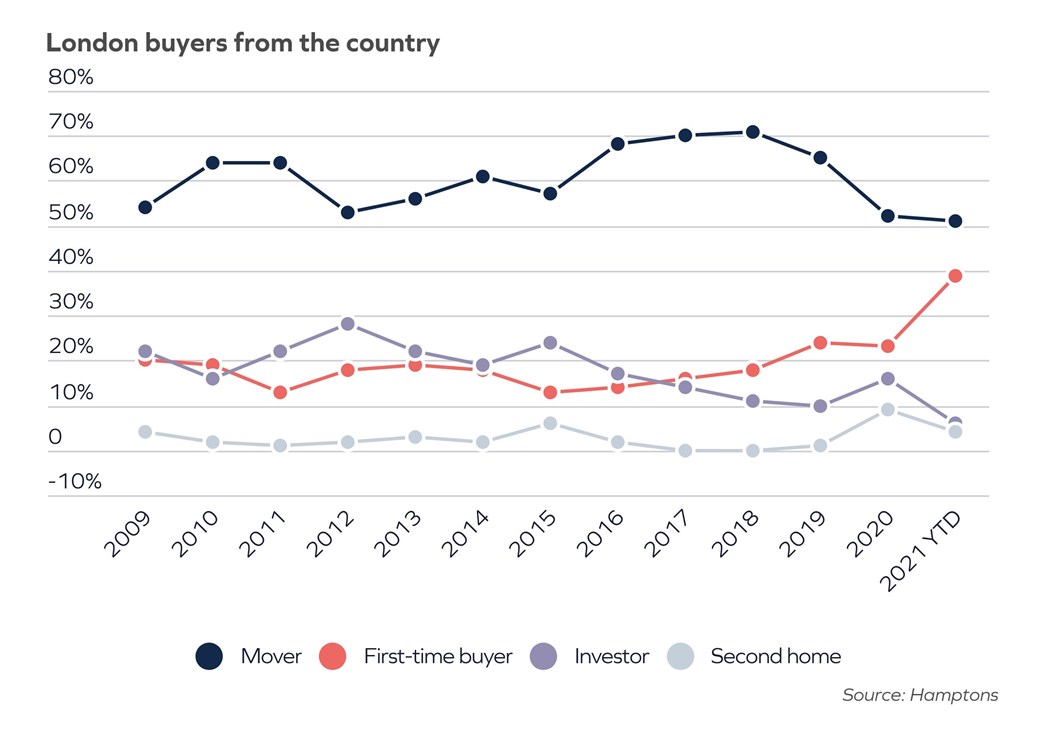