The staycation boom is going from strength to strength, with our research showing that there was a significant spike in the number of new holiday let companies set up in the first half of 2021.  Typically these companies are set up to hold homes that are let on a short term basis to holidaymakers.

Between January and the end of June, there were 1,404 new holiday let incorporations in England, Scotland and Wales. This is the highest number since records began in 2007 and is an increase of 83% compared with the number of holiday let companies set up in the whole of 2020 and 119% more than in 2019.

Our analysis looks at the location where a company is registered and this may not be the same address as the holiday let itself – yet there does seem to be a high degree of crossover with popular staycation areas. On a percentage increase basis, Wales recorded the biggest annual growth in holiday let incorporations of 131%, followed by the South West. The South West is also the hotspot for holiday let companies, with 1,270 currently up and running, 16% of which were set up during the last six months. 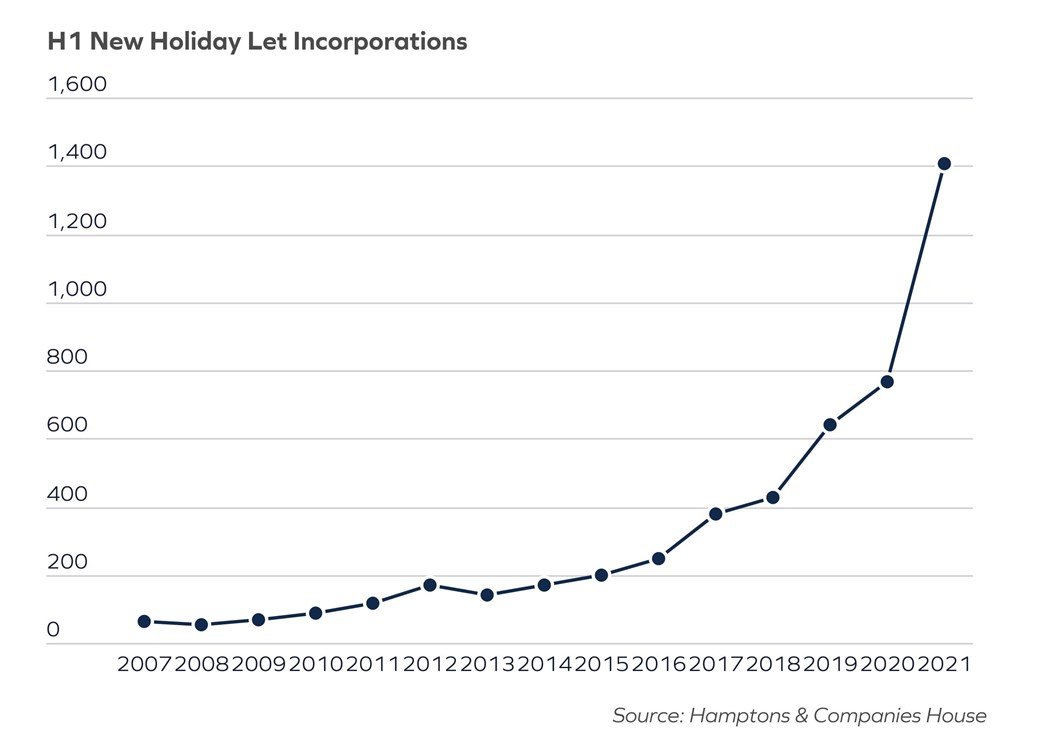 Many buy-to-lets have been put into companies in response to punitive tax changes – doing so means landlords can offset 100% of mortgage interest against tax, whereas those holding a property in their own name can only offset interest if they are a basic rate taxpayer. By contrast, a property that qualifies as a furnished holiday let is considered by HM Revenue & Customs to be a trading business and, as such, there is no limit on the amount of mortgage interest that the owner can offset against their profits.

Rather, the benefits of incorporating a holiday let lie in the fact the owner pays corporation tax (currently 19%) instead of income tax (up to 45%), which can be advantageous for higher-rate taxpayers in particular. While owners can sometimes be limited in how they can withdraw money from the company, there is a dividend allowance each year. If a limited company is sold to another investor, stamp duty is just 0.5%, while holding a holiday let in a company can also help with inheritance tax planning as furnished holiday lets do not qualify for generous business property relief for inheritance tax purposes. 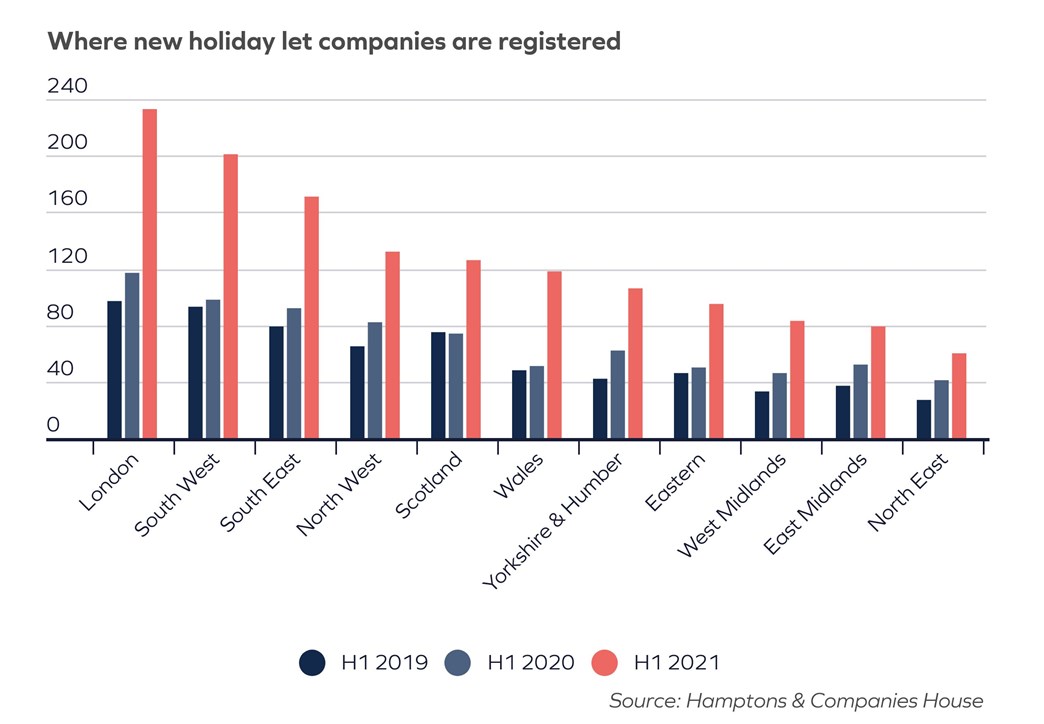 The information provided in this report is meant for guidance purposes only and should not be considered a substitution for professional guidance. We recommend speaking to a trained tax professional, such as an accountant or HMRC. Rates quoted are applicable for tax-year 2021/22. Information is correct at the time of publishing (July 2021).