With the number of homes on the market at a five-year low, a record share have sold before they got listed on a portal.

So far this year a sale was agreed on one in seven (15%) homes before they were listed on a portal, up from just over one in ten (or 11%) in 2020. A lack of choice means buyers are increasingly keen to make an acceptable offer before the home has been formally marketed.  And many are prepared to meet the vendor’s valuation.

The East Midlands is the epicentre of the trend, with nearly a quarter of homes (23%) sold so far this year before they were listed on a portal, followed by 22% in the North West. Conversely, Scotland and London saw the fewest. After all, London is the only region in the country where stock levels are above where they were last year.

Very often the first buyer through the door is the keenest, and this was also true here. Just under half (45%) of the homes sold before they were marketed on a portal were bought by the first person to view. On average those homes saw a sale agreed just four days after instruction, a small fraction of the 24-day average it took to sell a home in April.

These quick sellers were also able to achieve their price ambitions. Homes sold before making it onto the portals achieved an average of 101.0% of their asking price, with buyers willing to pay a premium to ensure it is not seen by others. While across the market as a whole, the average home sold this month achieved a record 99.9% of its asking price. 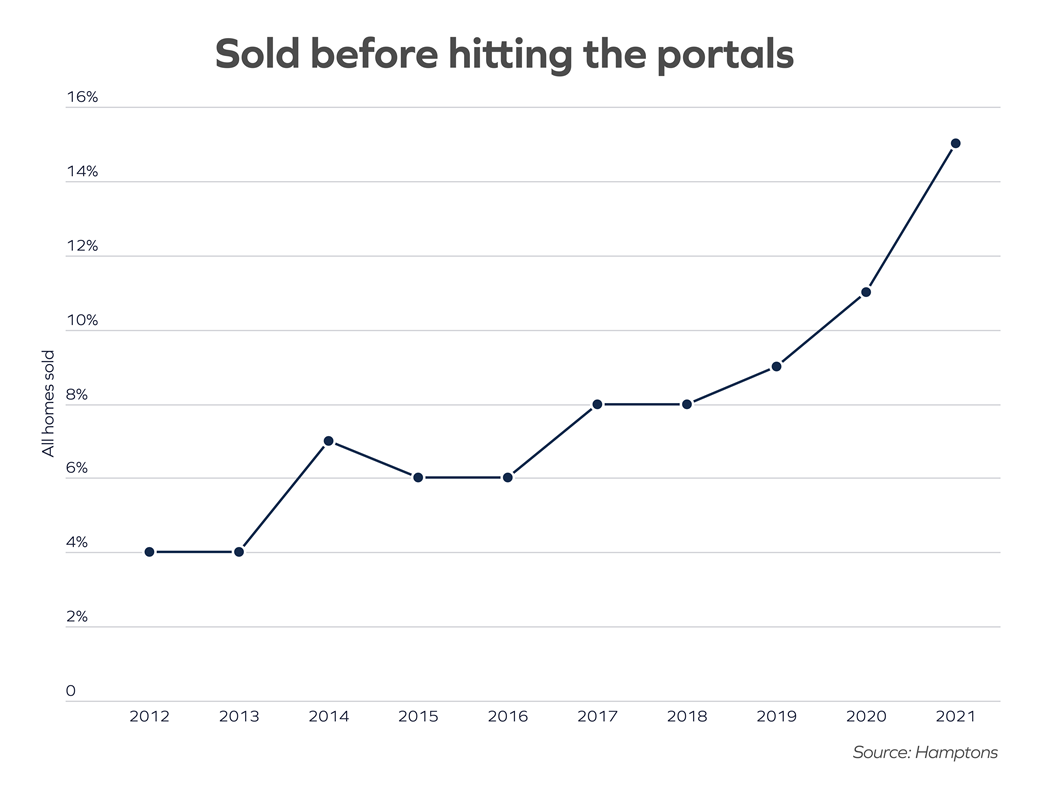