The pandemic has made people reassess what they wanted from their home and neighbourhood. While ties to work and transport links remain big drivers of where people choose to live, enforced lifestyle changes have meant their importance has dropped down buyer’s list of priorities. This has meant that those homeowners who have decided to move since May have travelled increasingly longer distances to get the home they want.

From late spring onwards there has been a 20% jump in the average distance buyers have moved, an increase of 0.6 miles. This increase has been consistently sustained from May onwards, with movers travelling just as far in January 2021 as they did when the market first reopened. Pre-pandemic people moving more than 10 miles accounted for a quarter of buyers, but post-pandemic this group has been reliably running at a third of purchasers.

At the same time, what buyers will travel longer distances for has also changed. On average people buying a flat used to travel further than those buying a house, but the pandemic has reversed this. Similarly, the distance buyers living in the city will travel for a new home in the country has almost doubled as the value placed on green space has increased and the countryside attracts a new breed of buyer who is less likely to already live on its doorstep.

Whether this shift is short term or if it is here for good in a post-pandemic world is likely to be tied to the future of the office. Had the pandemic struck 15 or 20 years ago, perhaps its longer-term impact would have been smaller, with white-collar workers less able to productively work from home as they are today. However, the pandemic has proven that a large chunk of the workforce are able to operate effectively outside the office, perhaps making the decision to return full time to their place of work less straightforward. 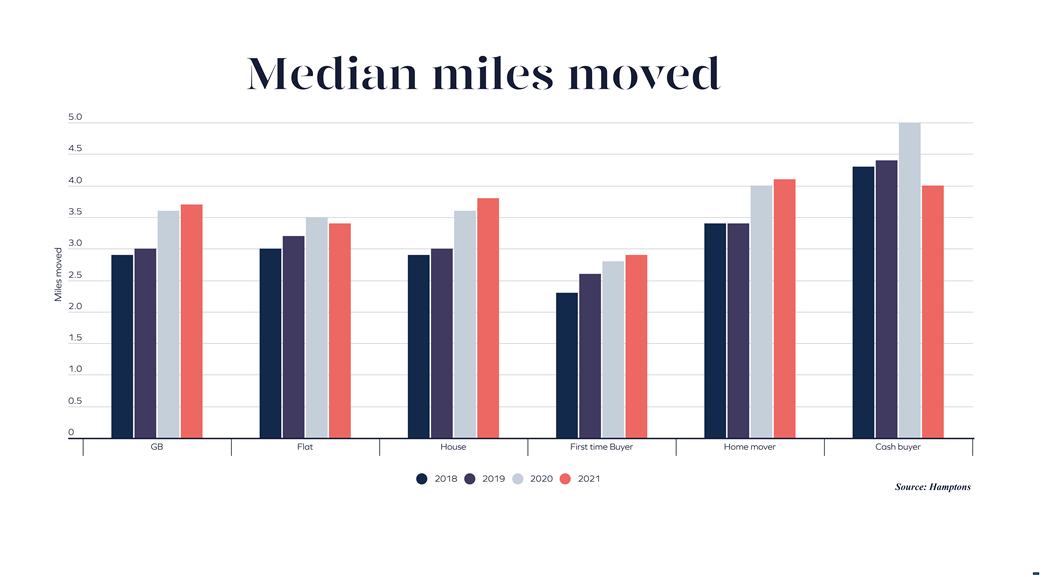