Securing off-plan sales is fundamental to the health and profitability of most new developments. By selling some homes before they are built, developers can reduce the sales period and generate an income before the scheme is complete, often using the money to fund ongoing works and repay loans.

Our latest analysis from our first Off-Plan Sales Index shows that 33% of new home completions in England and Wales last year were sold off-plan, equating to 49,000 new homes. Off-plan sales are those bought before or during construction, prior to completion. 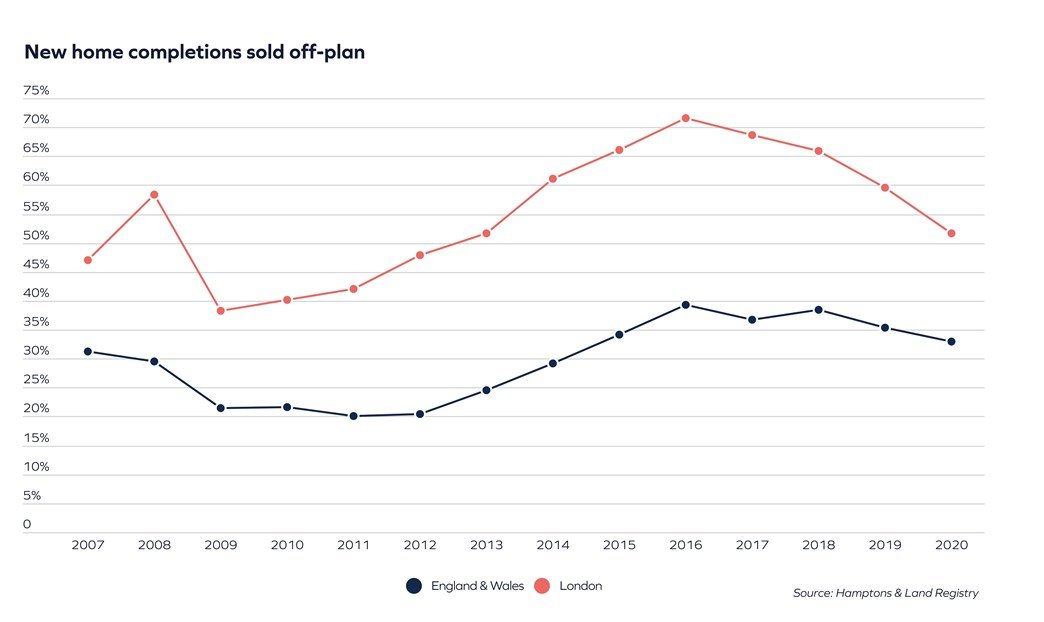 While the proportion of new homes sold off-plan in England and Wales fell overall, the figures mask a shift which saw fewer flats, but more houses sold off-plan. The post-pandemic space race which has driven country markets, has also fuelled off-plan house sales. Owner-occupiers have proved increasingly likely to commit to a house off-plan, although this tends to be months rather than years before it is built.

Historically London sees more new homes sold off-plan than anywhere else in the country and 2020 was no different. Over half of new homes (52%) which completed in the capital last year were sold in advance of completion.  Flats accounted for between 90% to 95% of total new home sales in London, meaning the capital saw a higher share of homes sold off plan. 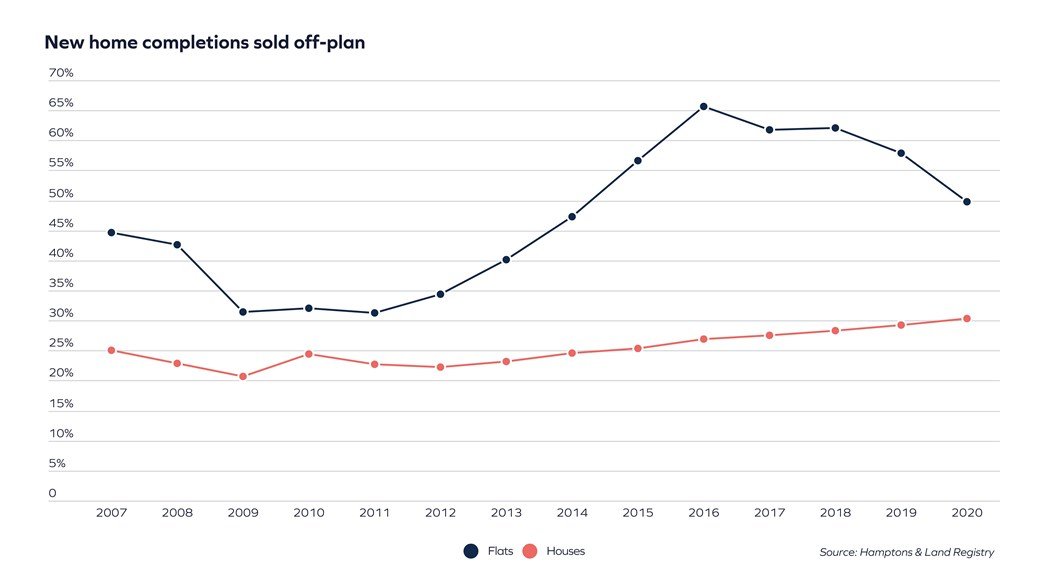 New build homes in the South West and Yorkshire & Humber were least likely to be sold off-plan, with just 22% of 2020 completions bought before the end of construction. This low figure is driven by flats comprising a small share new homes.