Following six month’s of stagnation, rents in Great Britain rose for the first time since the Coronavirus pandemic began.  In October the average cost of a newly let property in Great Britain rose to £1,041 pcm, up 1.4% on the same month last year, marking the first annual increase since March 2020.  But unlike last year, it is properties in the countryside, rather than those in the city that are driving rental growth.  This seems to be driven by the shift in tenant preference since the spread of Covid-19.

The Coronavirus pandemic has changed tenant behaviour, with many renters making the move out of cities to the suburbs and more rural locations.  While the flexibility of the rental market has meant that some renters have decided to make a permanent move out of cities in search of more space, others have moved out temporarily.  The opportunity to work from home means tenants can save while paying less rent in more rural areas.

As a result there were 7% fewer applicants looking to rent in cities last month, but 29% more homes available to rent than at the same time last year.  This has put downards pressure on rents.  Meanwhile demand for homes in the countryside rose 4% in October and stock levels were 48% lower than the same period last year.

This shift in demand has also changed landlords’ ability to incease tenants rent.  Nearly half (48%) of landlords letting a home in the countryside were able to increase the rent when reletting their buy-to-let last month.  This figure dropped to 35% for landlords in city locations. 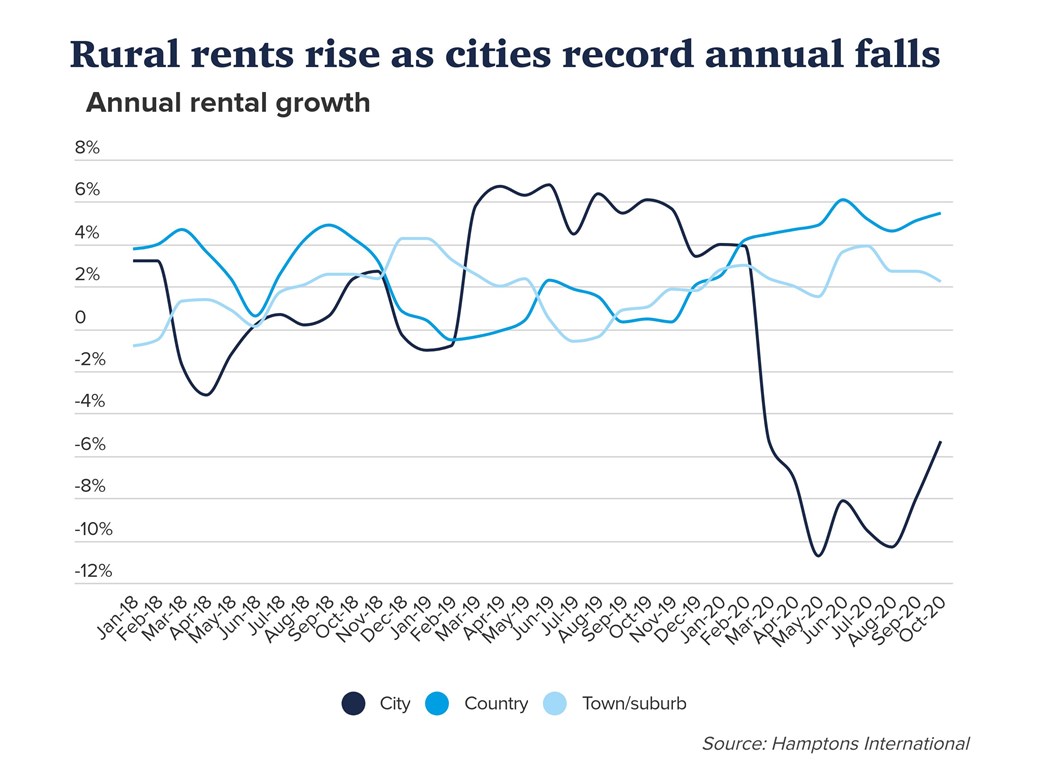 On a regional basis, rents outside London continued to accelerate, with prices in the North of England reaching a record high.  The average rent in the North rose to £689 pcm in October, up 5.9% on the same period last year.  This set a new record for average rents in the three Northern regions (North West, North East and Yorkshire and Humber), as well as the highest rate of annual growth since our index began.  Rents in the South West also increased 5.9% year-on-year, marking the strongest growth since October 2015.

Meanwhile London and Wales remained the only regions where rents fell.  Average rents in the capital fell -0.6% year-on-year in October, a smaller fall than the 2.9% annual drop recorded in September.  But although rents in London seem to be recovering, the gap between rental growth in Inner and Outer London has widened further. 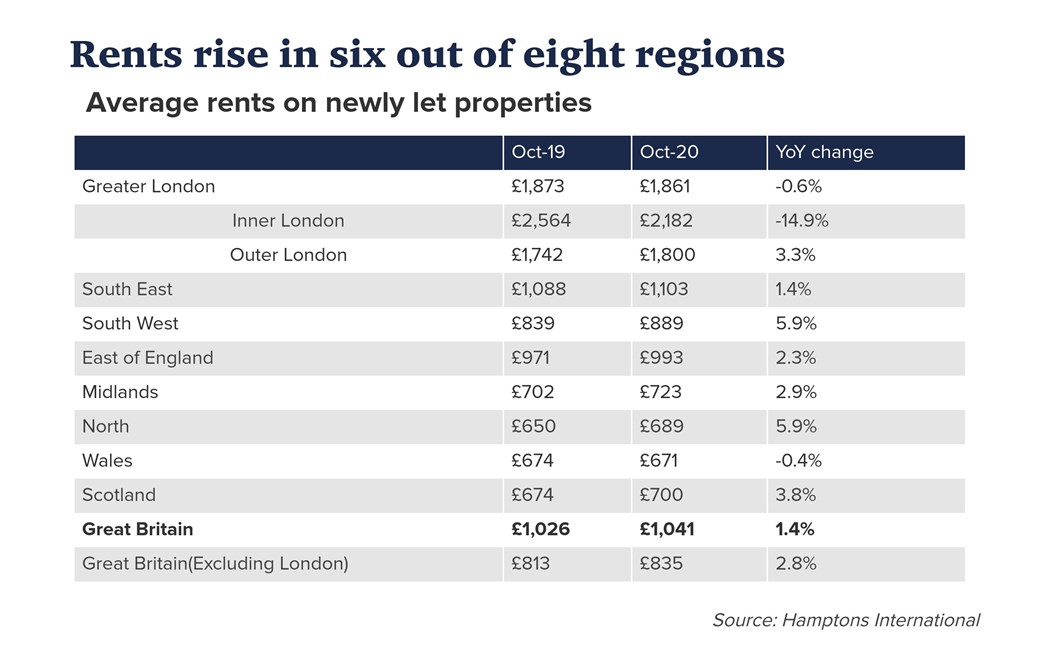