Despite Covid-19 closing the housing market for seven weeks, the number of homes bought by Londoners outside the capital has risen to the highest level in four years.  While leaving London has been a rite of passage for many, often families reaching life stage milestones, the effects of lockdown and the desire for space seems to have heightened this drift.

In 2020 London leavers purchased 73,950 homes outside the capital, the highest number in four years.  Collectively, Londoners bought £27.6bn worth of property outside the capital this year, the highest amount since 2007 when London outmigration peaked.  This figure exceeds the total value of all homes sold in the North West last year (£24.8bn). 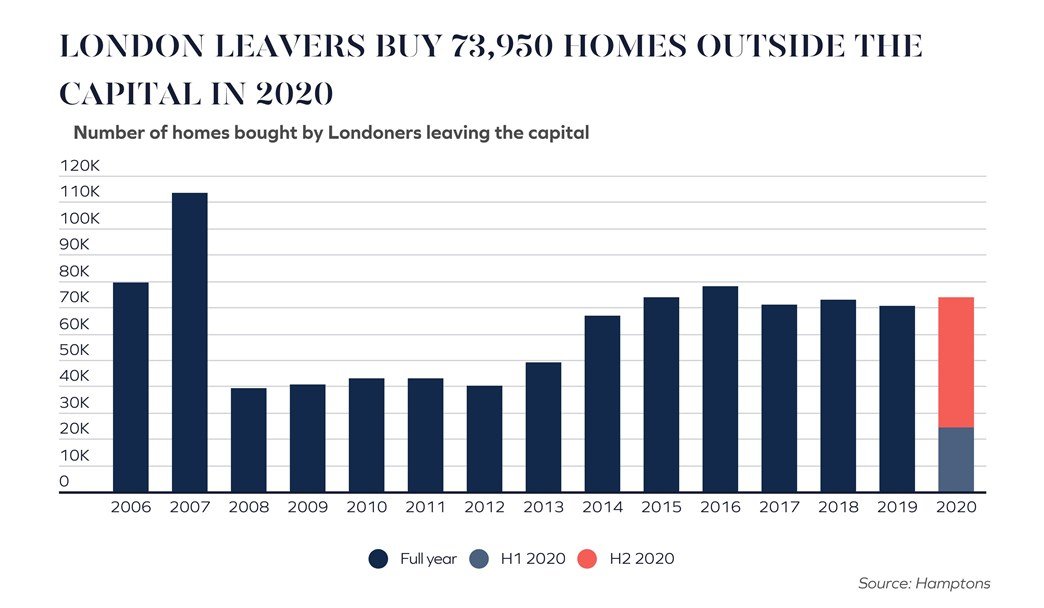 The average (median) distance moved by a Londoner buying outside the capital hit 40 miles for the first time in over a decade, up from just 28 miles during the first three months of the year.  This means the average person leaving London from May onwards travels as far as Cambridge to the north, Colchester to the east, Brighton to the south or Didcot to the west.

While on average those buying outside the capital have bought further away than at any time during the last decade, how far buyers travel depends on who they are and how strong their ties to London are. First-time buyers tend to retain more of their ties to the capital, moving shorter distances than anyone else.  Since May, the average first-time buyer leaving the capital bought 26 miles away.

Conversely, someone selling a home in London tends to sever their ties more deeply by moving much further.  The average person selling their London home to buy outside the capital travels 41 miles, 57% further than a first-time buyer. 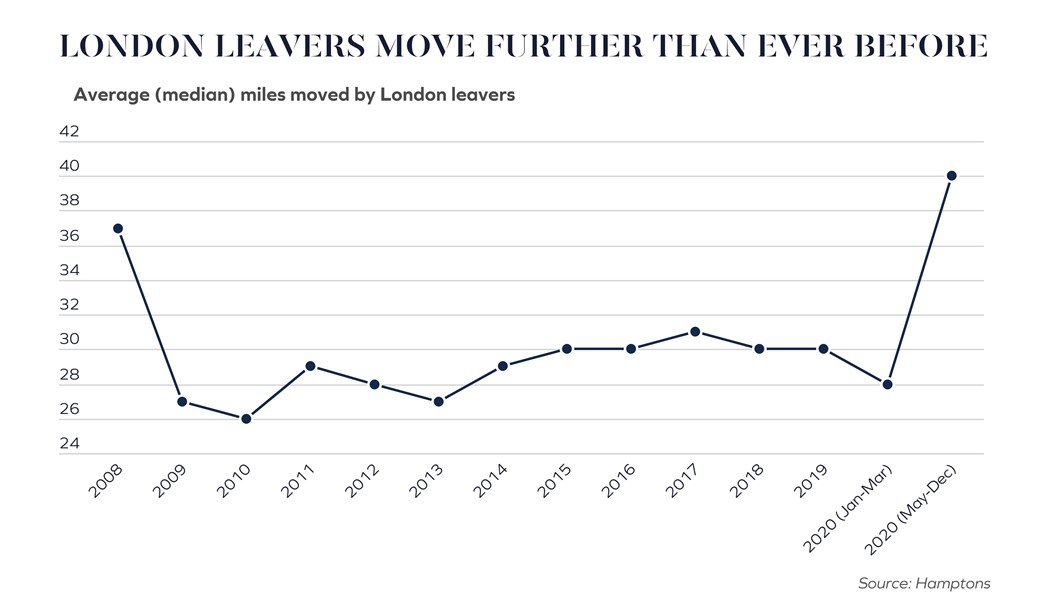 Sevenoaks recorded the biggest increase in the share of homes bought by Londoners.  This year, 62% of homes in the area were bought from a Londoner, 39% higher than in 2019.  Windsor and Maidenhead (+27%), Oxford (+17%) and Rushmoor (+15%) in Hampshire follow. 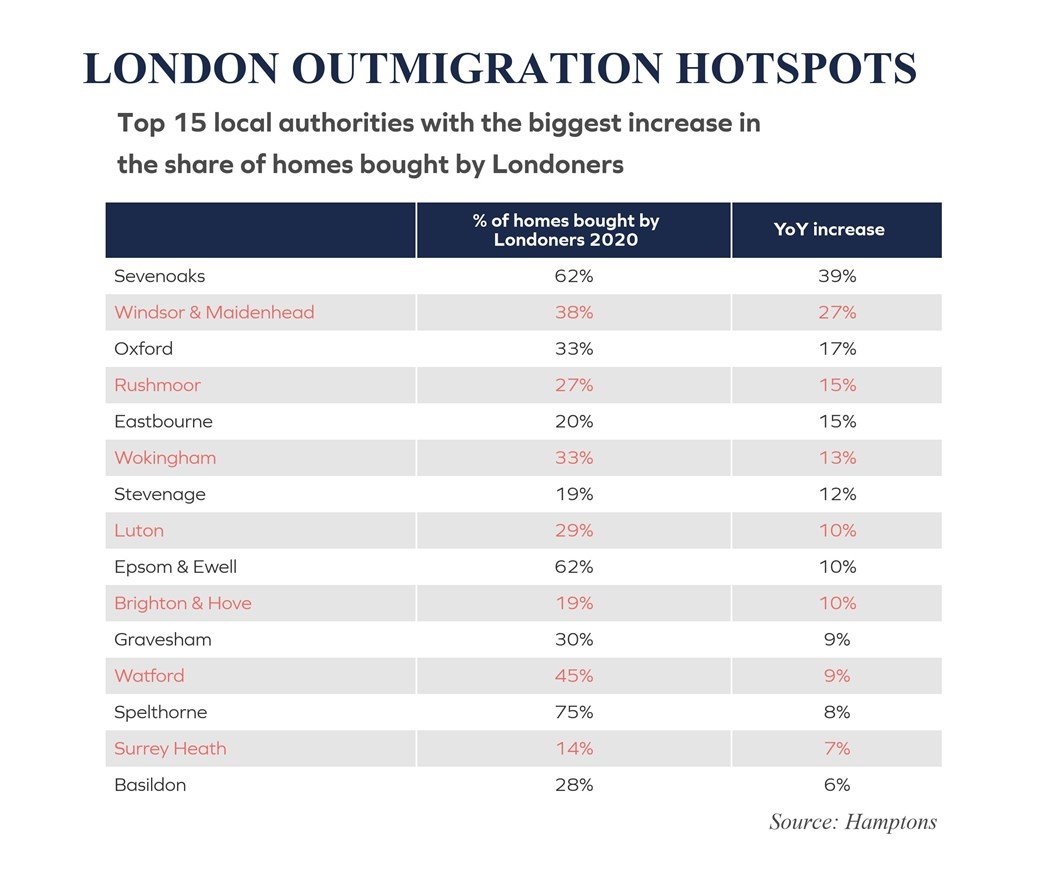