We all want more space.  It’s been widely reported that owner-occupiers have, since lockdown restrictions were eased in May, upsized their homes, but tenants have too.  In most cases this has meant an increase in the number of renters leaving cities and moving to smaller towns or suburbs in search of more space.

In the four months between May and August, 34% of tenants that moved home upsized their living space by adding at least one extra bedroom.  This compares to 25% during the first three months of the year.

And 25% of moves post-lockdown were from a flat to a house.  This compares to 16% during the pre-pandemic period in the first three months of 2020.

Those tenants upsizing between May and August added an average of 1.4 bedrooms and paid an additional 23% in rent.  In cash terms this equates to an average of £149 per month more.

Our analysis shows that 88% of tenants who moved out of a studio apartment swapped it for a larger home, while 72% traded up from a one-bed property and 25% moved from a two-bed home to a larger space.

Some 63% of London renters who upsized chose to leave the capital, typically moving into a cheaper location outside of London and therefore spending less.  As a result, London was the only region where the cost to a tenant of upsizing their home was negative (-4%).

The average London-based tenant looking for more space spent £86 pcm less, despite gaining at least one extra bedroom.  By way of comparison 47% of upsizing tenants from the South East chose to leave the region. 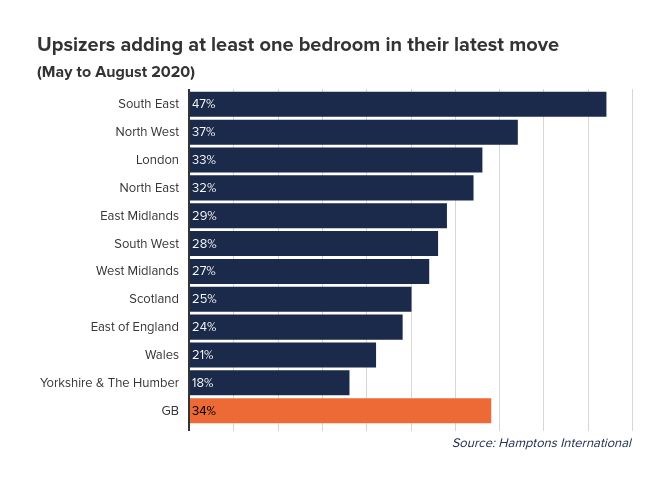 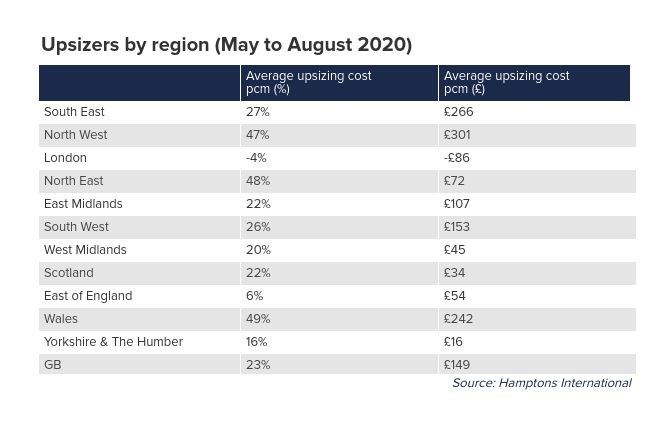 In August the average rent in Great Britain fell 0.5% year-on-year, with falls reported in four of the last five months.  These falls have predominantly been driven by London where the average rental home costs 3.9% less than it did in August 2019. 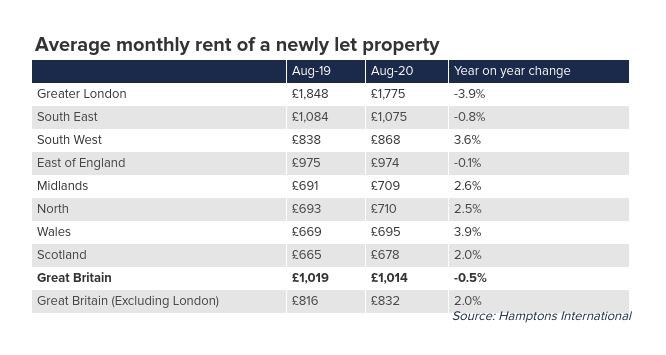