Landlord sales have been relatively high over the last few years due to tax and regulatory changes that have reduced the profitability for some investors.  But given tax relief on mortgage interest will be fully phased out from the 20/21 tax year, it seems as though most landlords who would be hit hardest by these changes have already left the sector.

Last year, the number of homes sold by landlords reached a seven-year low with 131,900 homes sold by a landlord in Great Britain.  A pause in the housing market during the first Covid-induced lockdown, which suppressed overall transactions, combined with an eviction ban throughout the remainder of 2020, limited the opportunity for landlords to sell up. 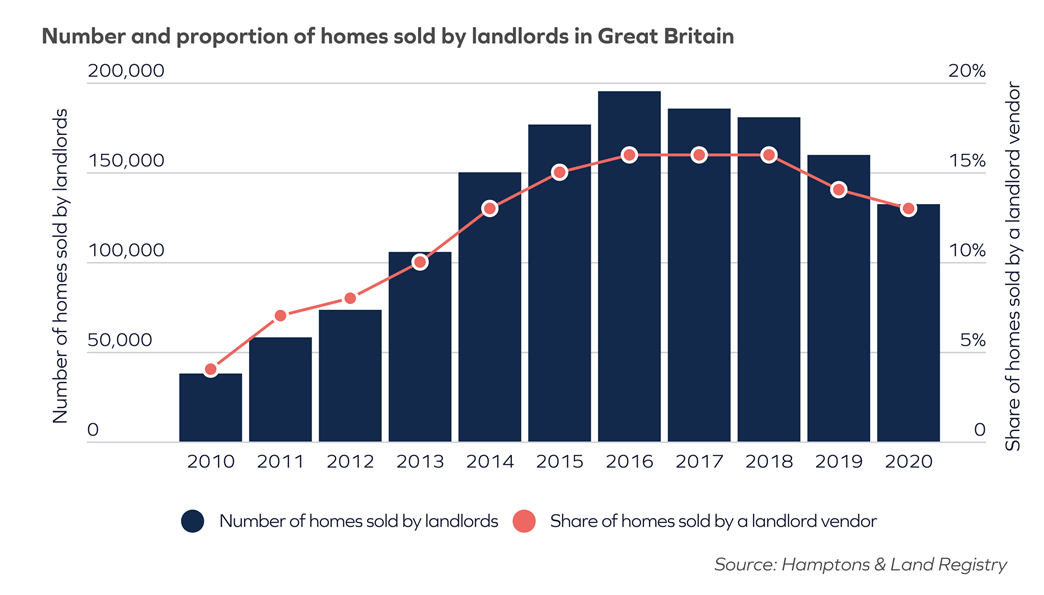 But those who did sell up made substantial profits.  The average landlord who sold up last year in England & Wales sold their buy-to-let for £82,450 or 42% more than they paid for it, having owned the property for 9.1 years on average.  Over the last few years, the average capital gain made by a landlord has been shrinking.  But despite the pandemic, stronger house price growth seems to have reversed this trend.  The average landlord gross gain increased by £3,390 or 4% to £82k compared to 2019 (£79,060), marking the first annual rise in more than five years.

London landlords made the biggest gains.  The average London landlord sold their buy-to-let for £302,200 or 71% more than they originally paid for it, having owned the property for 9.8 years on average.  2020 reversed the fall in a London landlord’s gross profit.  Despite the increase, typically landlords who sold in the capital last year made a smaller gross profit than those who sold in 2016 when they made an average gain of £364,960.  2016 marked the high point for landlord profit when many investors, having bought at the bottom of the market following the 2008 financial crash, decided to sell up. 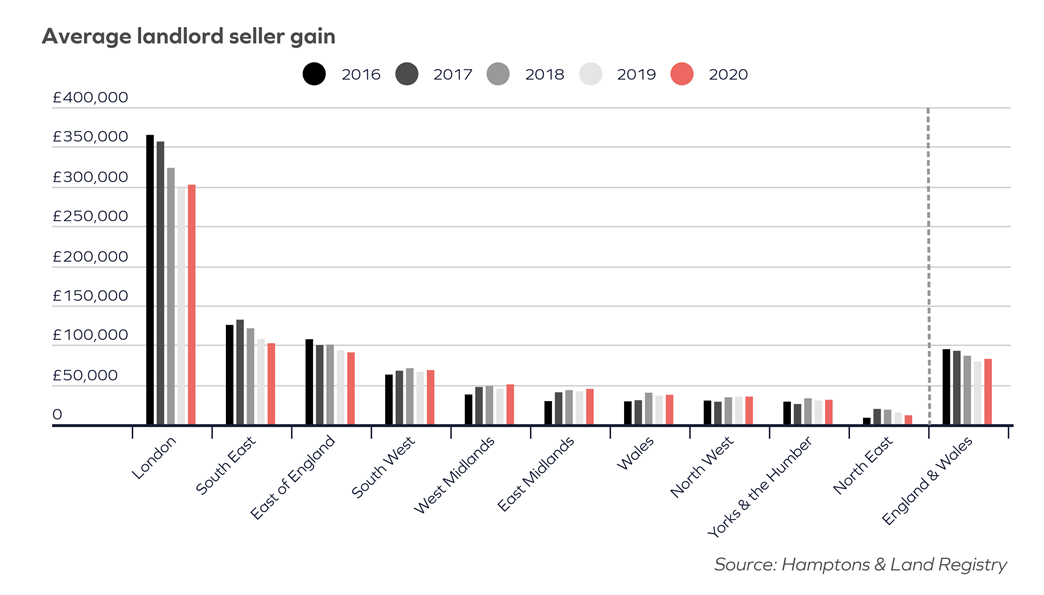 The top 10 local authorities where landlords made the biggest gains were all in London.  Kensington and Chelsea topped the list.  Last year the average Kensington & Chelsea landlord sold their buy-to-let for £784,980 more than they paid for it 10.6 years earlier.  The gain they made was 9.5 times greater than the average in England & Wales.  Camden, the City of Westminster and Hammersmith & Fulham ranked second and third on the list, with the average landlord gain exceeding £500k.

Landlords in the North East continued to make the smallest gains.  The average landlord who sold up in the North East made £11,310 or 16% capital gain having owned for 8.0 years.  36% of investors in the region sold their buy-to-let at a loss, compared to just 12% in England & Wales overall.

This means that 37% of investors who sold in the North East last year would have paid capital gains tax (CGT) due to the sum being covered by their £12,300 annual allowance.  Across England & Wales, 77% of landlords would have paid CGT on their profit.  London landlords, who made the biggest gains, are most likely to have a tax bill to pay with 91% of investors making a gross gain surpassing the annual CGT allowance.  Investors can offset costs such as stamp duty and renovation expenses from their capital gains tax bill. 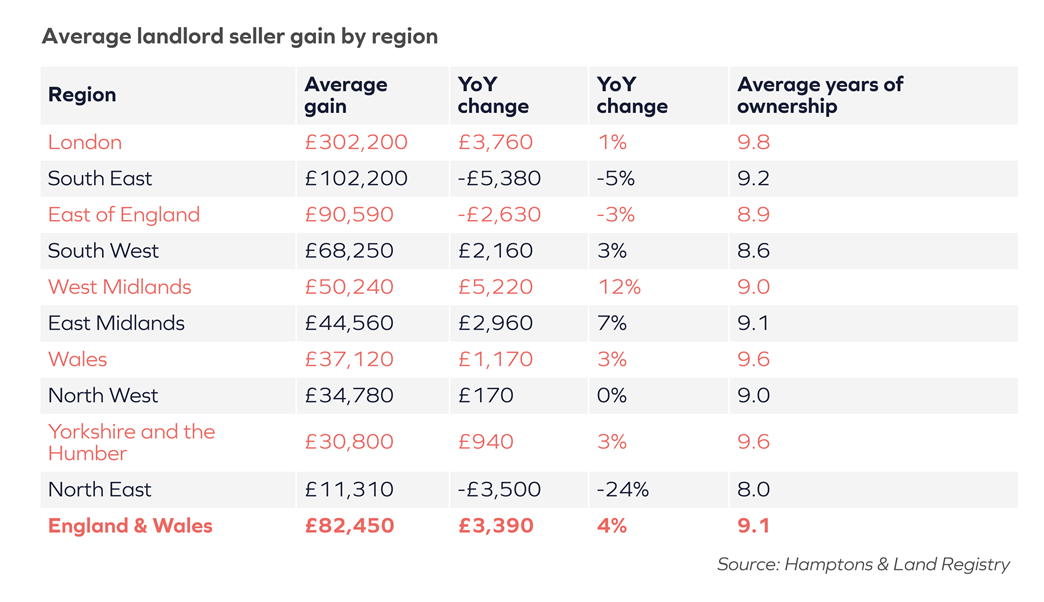