The recent rush of investors purchasing buy-to-let properties has begun to wane as the end of the stamp duty holiday looms.

It has been almost a year since the Chancellor announced the stamp duty holiday and, just as it has done for other buyers, the tax saving has encouraged investors to snap up properties. In February 2021, landlords bought 15% of all homes purchased in Great Britain, the highest level since 2016.

Since then, however, the proportion of investor purchases has fallen and stood at 11% in May. This is back to the record low levels of landlord purchases seen in 2019 and reflects the fact investors buying homes that month have probably missed the deadline – just 10% of offers made in May are likely to complete before the first phase of the stamp duty holiday ends on 30th June. 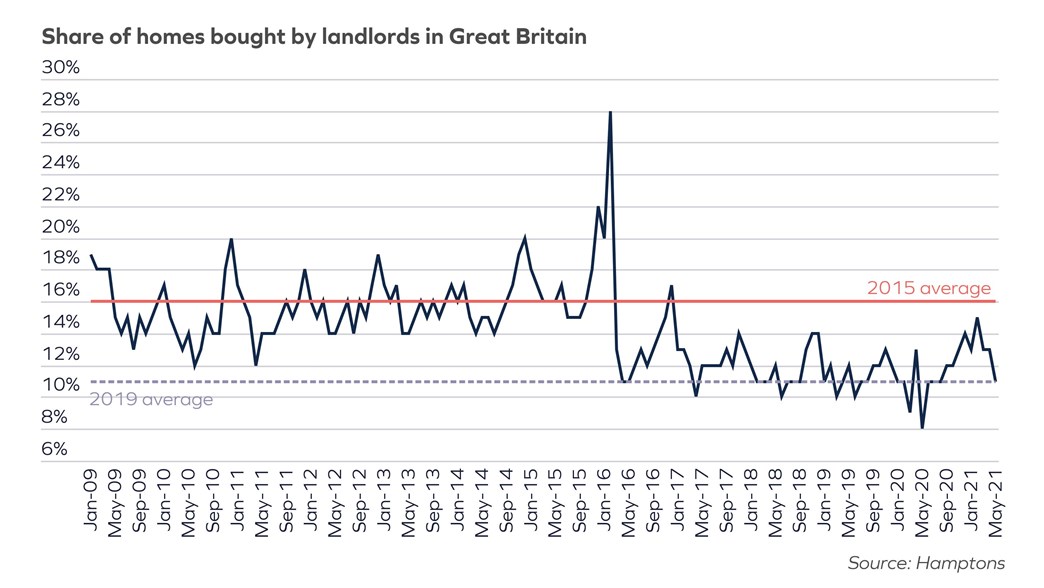 Landlords made up 31% of buyers in the North East in February, but last month this dropped to just 13% – the lowest figure recorded in any May since 2016, just after the introduction of the 3% stamp duty surcharge on purchases of additional homes. This also comes despite the region having the cheapest property prices in the country, meaning that the stamp duty holiday makes less of a difference.

We expected the ending of the stamp duty holiday to hit hardest in the capital and that has proven to be the case, with the region recording the second biggest drop-off in landlord purchases. Landlords bought 5% of homes in London in May, down from 15% in February and an average of 10% in 2019. In fact, May’s figure represented the lowest share of London homes bought by landlords seen in any month since our records began in 2009.

Investors have been put off the buy-to-let sector in recent years by regulatory and tax changes. In addition to the 3% surcharge levied since April 2016, tax relief on mortgage interest payments was gradually reduced from 2017/18 until it was removed entirely last year. However, the stamp duty holiday does seem to have encouraged more small and first-time investors into the market, especially because interest rates on cash in the bank are so low. 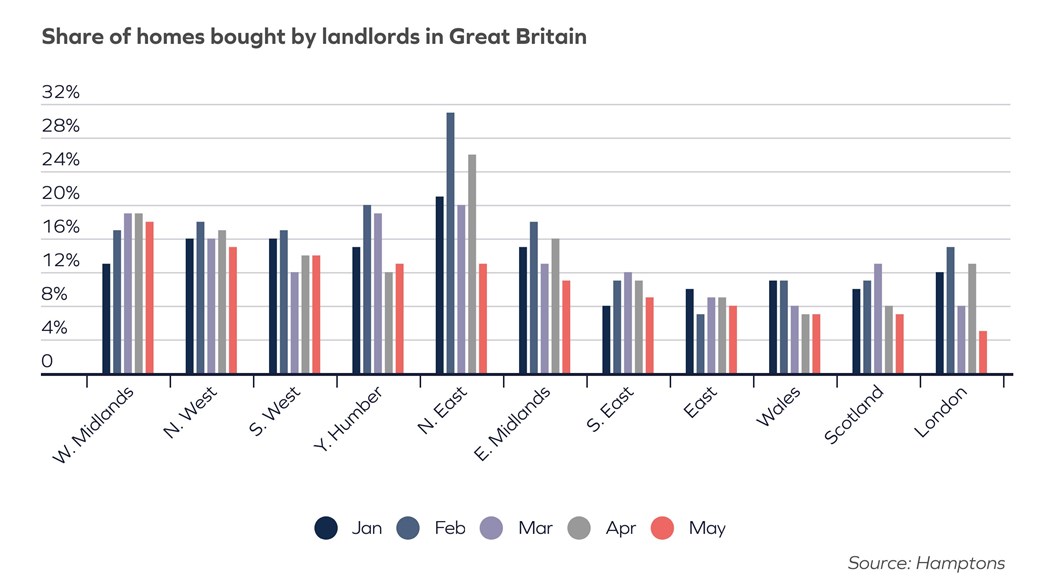