Hotspots for the over 55's

The buying power of the over 55s should not be underestimated.  Last year they accounted for 29% of property purchases or a total of 270,000 homes across England and Wales.  Having already built up equity in their homes, their spending power - at an average of £325,000 - was some £11,000 more than those aged under 55.

While many older buyers look to downsize, it’s detached houses that they want to buy.  In fact, the over 55s are twice as likely to buy a detached home than younger purchasers.  Our research shows that some 39% of buyers aged over 55 chose a detached property over any other house type.

Seven out of the top 10 areas with the highest concentration of homes bought by over 55’s were on the coast.  North Norfolk topped the list, where 67% of buyers were over that age band - 54% of whom used cash to fund their purchase.  The local authorities of Rother in East Sussex and East Lindsey in the Midlands which incorporates the Lincolnshire Wolds and Skegness follow with 63% of buyers over the age of 55.

Like many other households, it seems as though the pandemic has increased baby boomers’ desire to move.  While many over 55’s sat tight during the lockdown days, with the vaccine rollout well underway, more are now choosing to relocate nearer family.   We expect this trend to continue over the remainder of the year, with over 55’s accounting for a larger share of all buyers in the market. 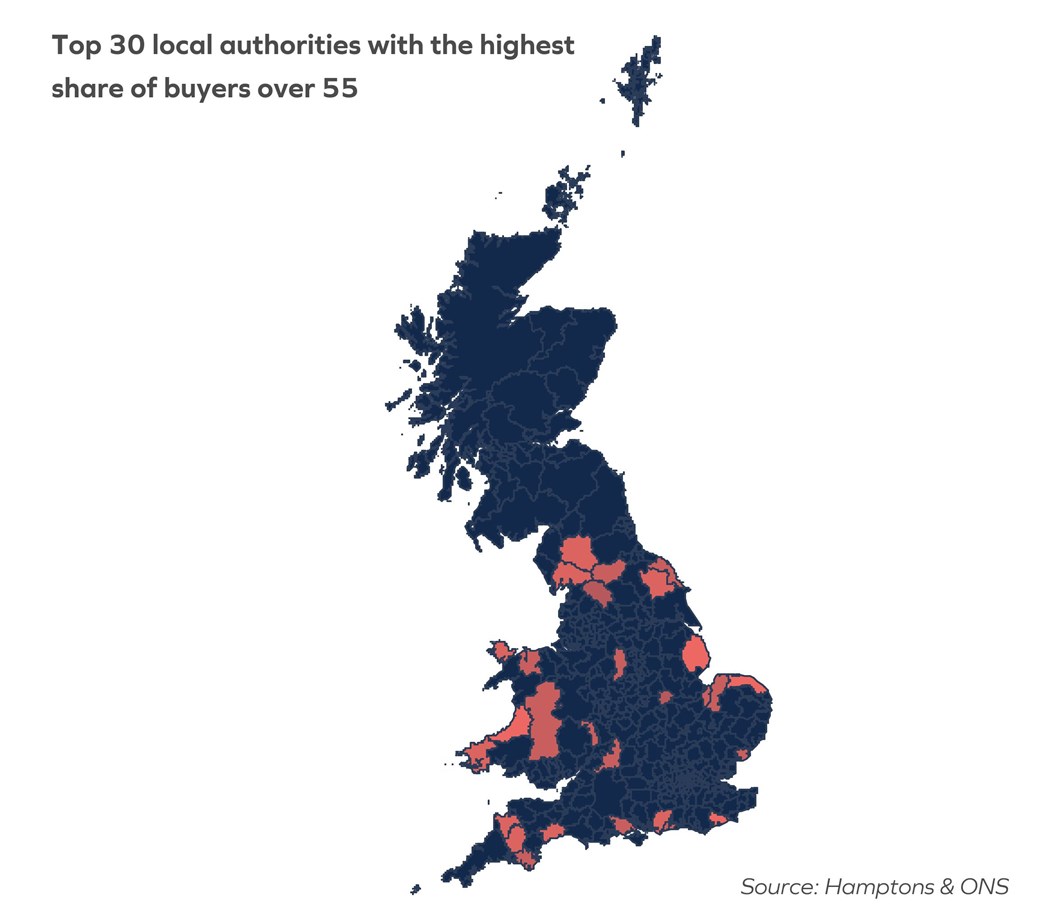