Flipping on the up

Buying and selling a home in quick succession, or flipping as it’s often referred to, began in earnest in the 2000s.  But as house price growth stalled following the global financial crash, so did the number of flippers.  However in recent times, their numbers have started to recover.

The introduction of the 3% investor stamp duty surcharge in 2016 has served as a cap, with flippers increasingly targeting cheaper areas where they don’t have to pay stamp duty.  But at the same time, tightening yields and increased regulation have pushed some landlords away from long-term ownership towards buying, refurbishing and selling on.  As a result, the proportion of homes flipped across England and Wales is now at the highest level since 2008.

So far this year 2.5% of homes sold have been flipped within 12 months, a figure which is likely to equate to around 23,000 transactions by the end of the year.  Despite coronavirus, more homes will be flipped with greater profits made this year than last.

The rise in gross profit has been driven up by a move away from flats.  Just 5% of flipped homes bought and sold since the market reopened in May were flats, down from 20% in 2019.  Last year flippers in England and Wales spent a total of £4.4bn buying homes, collectively bringing in £5.1bn after selling them last year.  Flippers who typically, buy, renovate and sell on, play an important role in the housing market; not only do they improve the quality of housing stock in a local market, but they bring empty homes back into use too. 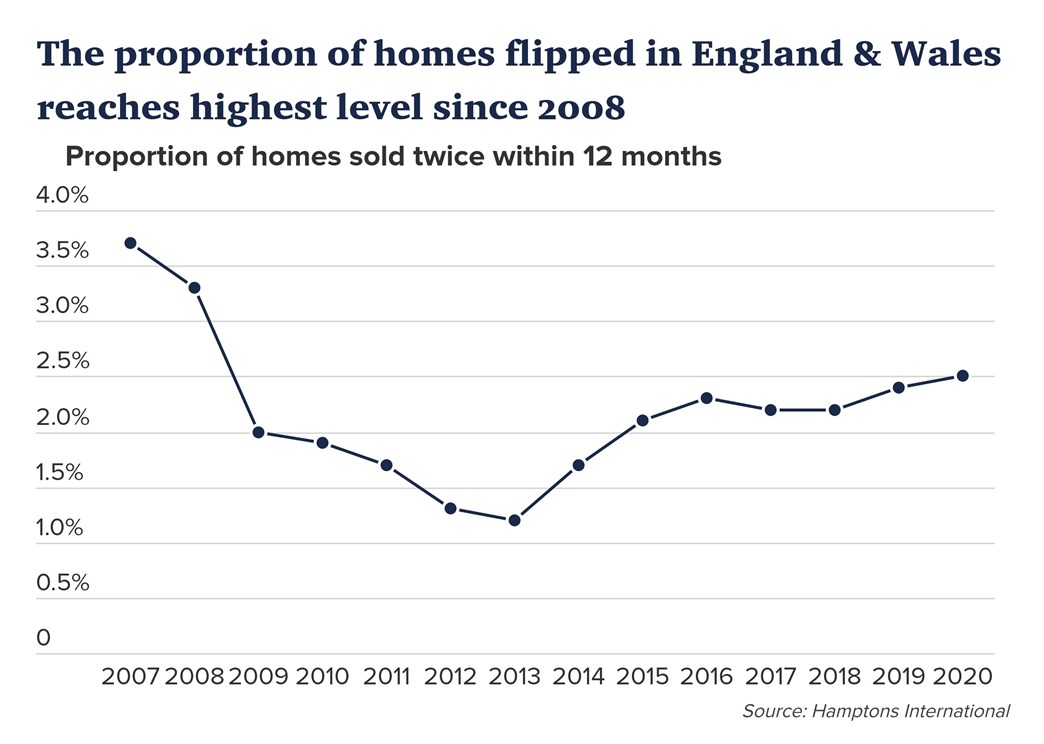 In recent times flipping has increasingly been concentrated across Northern England.  So far in 2020, six of the top 10 places are located in the North East or North West of England.  It has been two years since anywhere in Southern England made it into the top 10, a reflection of the weakness of the market and the amount of stamp duty payable.  In 2018 the London Borough of Hackney saw the tenth-largest proportion of homes flipped nationally.

Burnley has cemented itself in the top spot for the last six years as it’s one of the few places where investors can purchase a home without paying any stamp duty.  8.2% of all homes sold in the town during 2020 so far had been bought within the preceding 12 months (i.e. flipped).  81% of the homes flipped in Burnley this year were bought for £40,000 or less, with buyers not liable to pay either general or investor stamp duty.  93% of these purchases were terraced houses, bought for an average price of £38,000.

And while the current stamp duty holiday will see flippers across the country save money, its full impact won’t be felt until early next year when these homes are likely to return to the market for sale.  Given investors in more expensive areas will see larger stamp duty savings, there is potential for Burnley to be knocked off the top spot before too long. 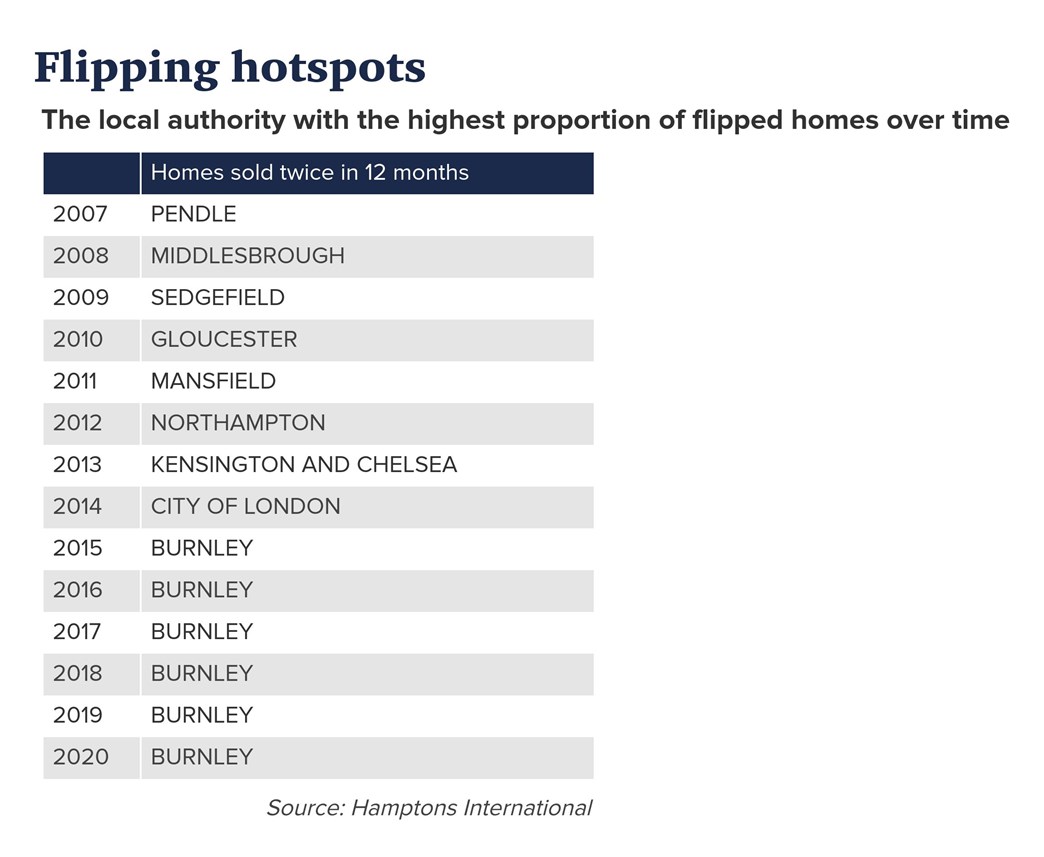