April 1st marked the five-year anniversary of the introduction of an additional 3% surcharge on the purchase of second homes.  Coupled with the tapering of mortgage interest tax relief on buy-to-lets (beginning in the 17/18 tax year), this has meant that landlords have bought fewer homes and the private rental sector has shrunk.

Between April 2016 and the end of March 2021 landlords purchased 700,100 homes across Great Britain.  However, our latest research shows that without the tax changes, landlords would have bought an extra 249,800 or 36% more homes.

The government’s aim in introducing the legislation was to take the heat out of the buy-to-let market and it certainly went some way to doing just that.  The rental sector in 2021 is 7% smaller than its 2017 peak.  Had these tax changes not been introduced we calculate there would have been 5.16m rented homes in Great Britain today making up 18.4% of households – still 132,270 fewer than the sector’s peak. 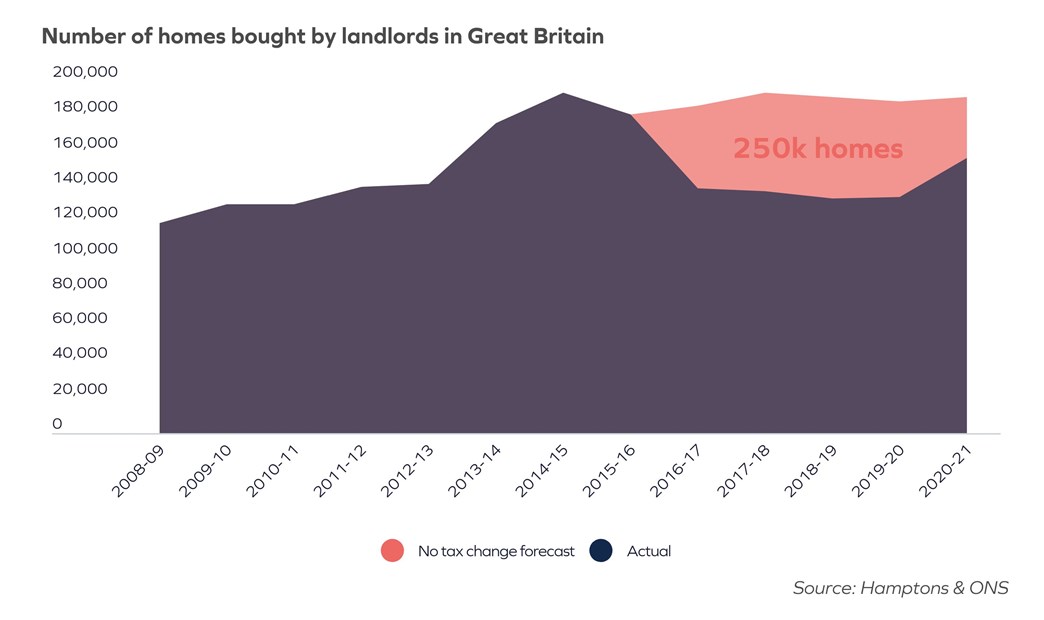 Southern regions, where properties are more expensive, have been hit hardest by the tax changes.  In London, the share of homes bought by landlords fell from a high of 20% in 2015 to 11% during Q1 2021.  As a result, landlords have purchased 61,300 homes in London since 2016.  However, this number would have risen to 103,300 or 69% more homes had the tax changes not been introduced.

This drop-off in new investment means 81% of all rental homes in the capital today were bought before April 2016, compared to just 65% in the North West where landlord purchases have remained more resilient.  Higher yields and lower entry costs mean just 14% or 14,800 more homes would have been bought by investors in the North West without the tax changes.

Of course, it’s not just tax changes that have slowed the growth of the rental sector.  Help to Buy initiatives and the removal of stamp duty have seen increasing numbers of first-time buyers move from tenant to homeowner.  Landlord purchases have fallen, as first-time buyers have grown. 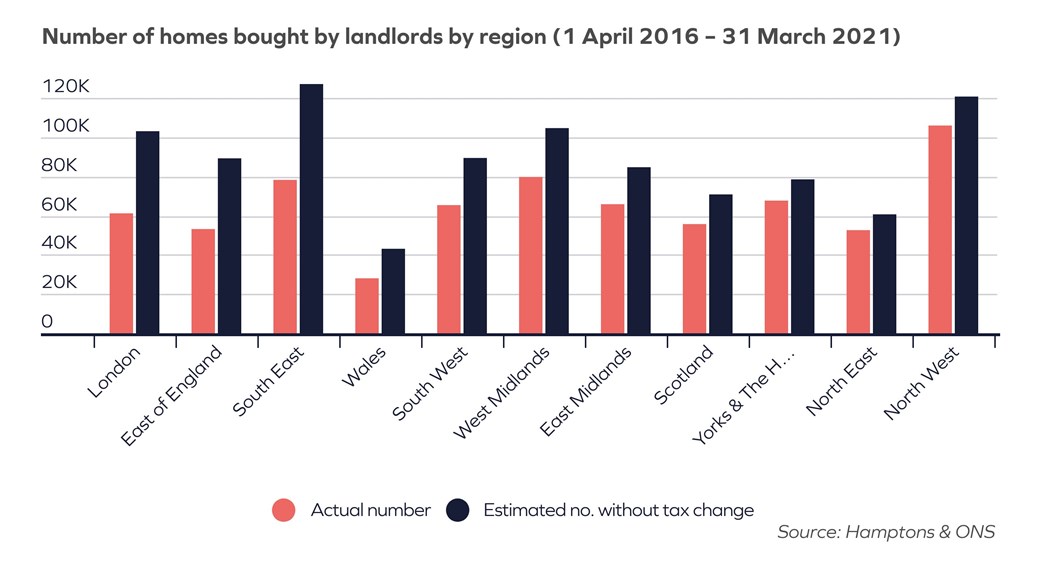 Growth remains driven by regions beyond the capital, with rents outside London up 10.4% on the same time in 2020.  This is the first time since the index began in 2012 that average growth rates outside of London have hit double digits, partly driven by the drop in rents in April 2020 (-2.2%).  Over the last 24 months, rents rose 8.0% outside London.

Rental growth remains linked to an unprecedented fall in the number of rental homes on the market.  There were 45% fewer homes available to let in April 2021 than in April 2019, with half of regions recording falls of 50% or more.  Rental stock in cities was down 24% over the same period, while it fell by 65% in country locations. 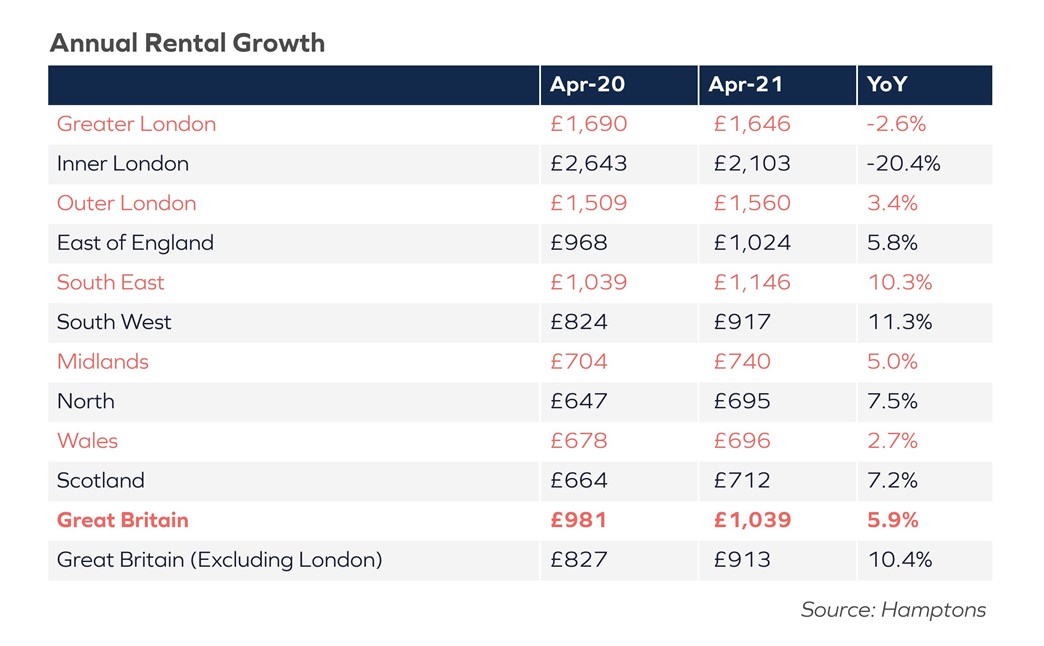