Research by Hamptons shows that rental growth outside London hit the highest figure on record since the index began in 2012.  The average rent of a newly let property outside the capital stands 8.0% or £68 per month higher than it did in February 2020.  February 2021 also marked the first time that the South East recorded double-digit growth.  Across Great Britain, rents rose 5.6%, the fastest rate of growth since February 2015.

Rental stock levels have been hit by the onset of the pandemic causing investors to hold back and tenants to stay put. And rental growth nationally has been fuelled by this lack of stock - 300,000 fewer properties have come onto the rental market since the onset of the pandemic (March 2020 to February 2021), nearly a fifth less than during the preceding 12 months. Would-be tenants are now faced with significantly less choice, which in turn is pushing up rents.  And with many landlords having multiple offers on the table, half of investors have been able to increase the rent they charge. 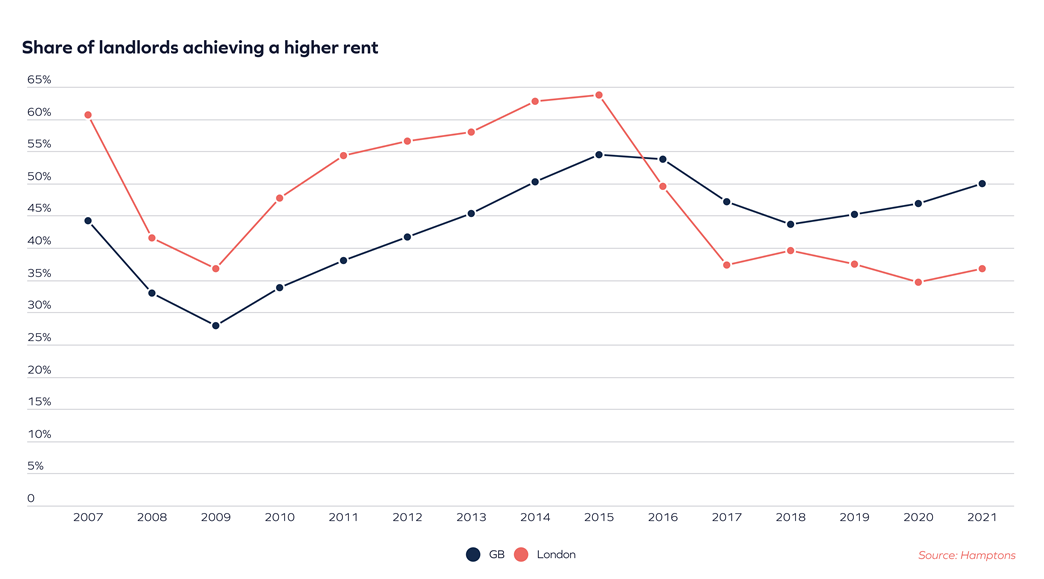 Last month, the number of rental homes on the market fell by double digit percentages in every region apart from London compared with the same time last year.  London was the only region where there were more homes available to rent than in February 2020.  The South West and Wales saw the largest declines, with 48% fewer homes available to rent in February than the same time last year.

The urban-rural divide which first emerged at the start of the pandemic has continued to deepen.  There were 16% more homes available to rent in cities across Great Britain in February 2021 than at the same time last year, while towns and country locations recorded falls of 28% and 52% respectively.  This divide was also evident in would-be tenant numbers which remained flat in the countryside, while dropping 10% in cities.

However, there are signs that this stock shortage could be bottoming out.  Over the last five months, and in an effort to beat the original stamp duty deadline of the end of March, landlord purchases started to rise, which will add to stock levels when these homes complete.  Meanwhile the government announced a new Mortgage Guarantee Scheme in the Budget which is aimed at helping would-be buyers with small deposits, many of whom are currently renting.  Both factors, alongside the ending of the eviction ban in April, mean rental stock levels may have bottomed out. 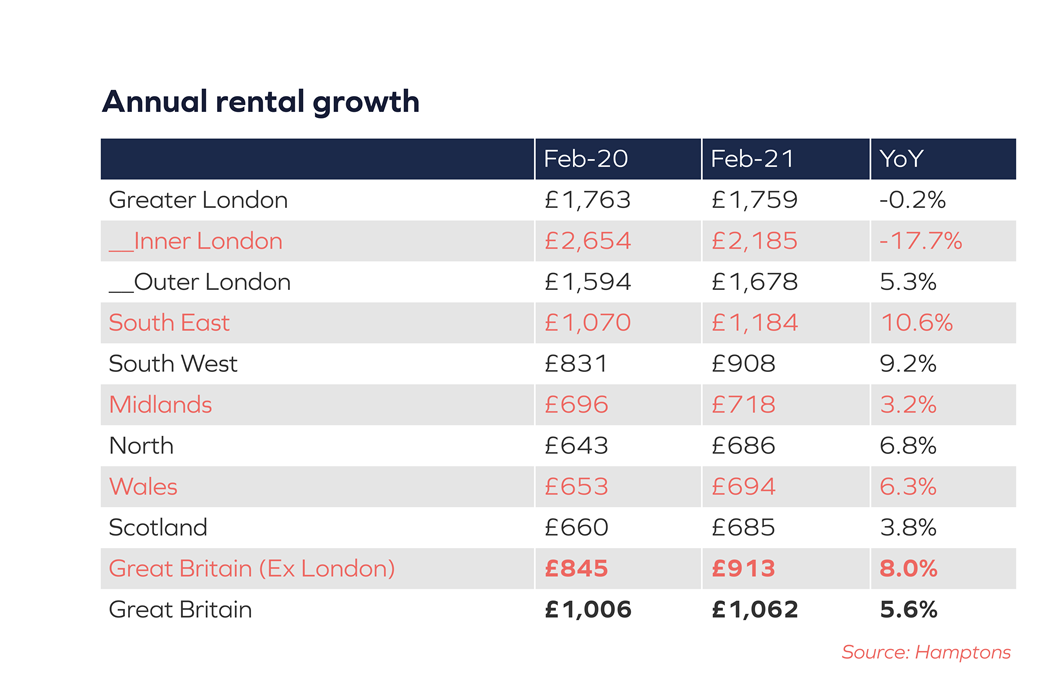