Rental growth outside the capital accelerates

Nationally the rate of rental growth picked up for the sixth month running.  Across Great Britain rents rose 4.3% in January 2021, up from 4.1% in December.  A shortage of stock outside city centres has seen landlords push rents to above what they were achieving pre-COVID.  In January more than two-thirds of landlords letting a home in Great Britain achieved a higher rent than they had previously let it for, and by an average of £60 per month.

The South East topped the rental growth stakes, recording a 10.0% increase in rents over the last 12 months.  This marked the first time a region outside London recorded double-digit rental growth since Hamptons records began in 2012.

Given the average home in Inner London cost £2,213 per month in January, rents in London’s inner zones now cost 17% less than they did eight years ago in January 2013 when the index began. 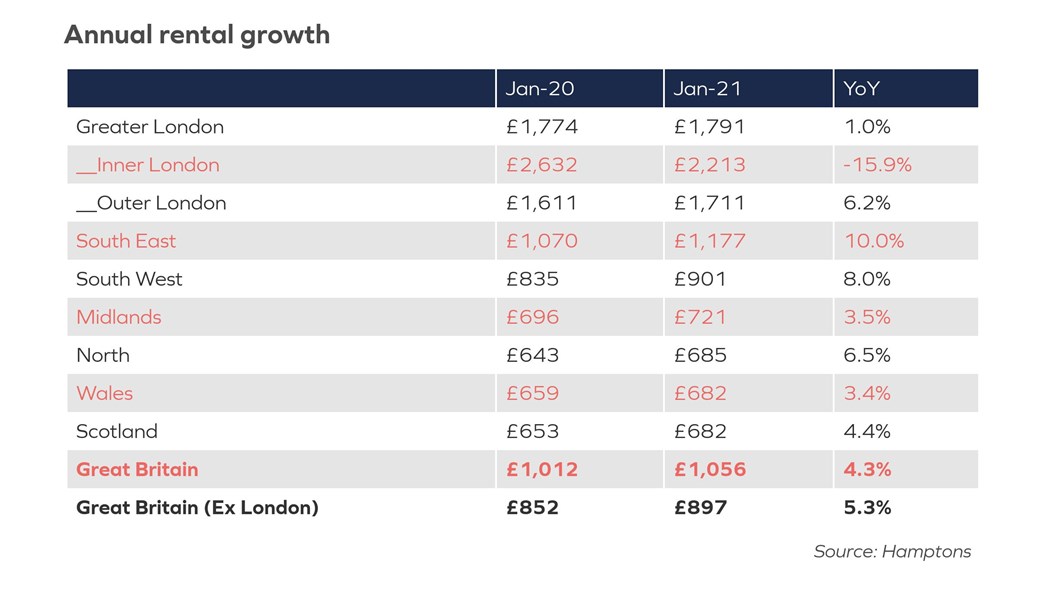 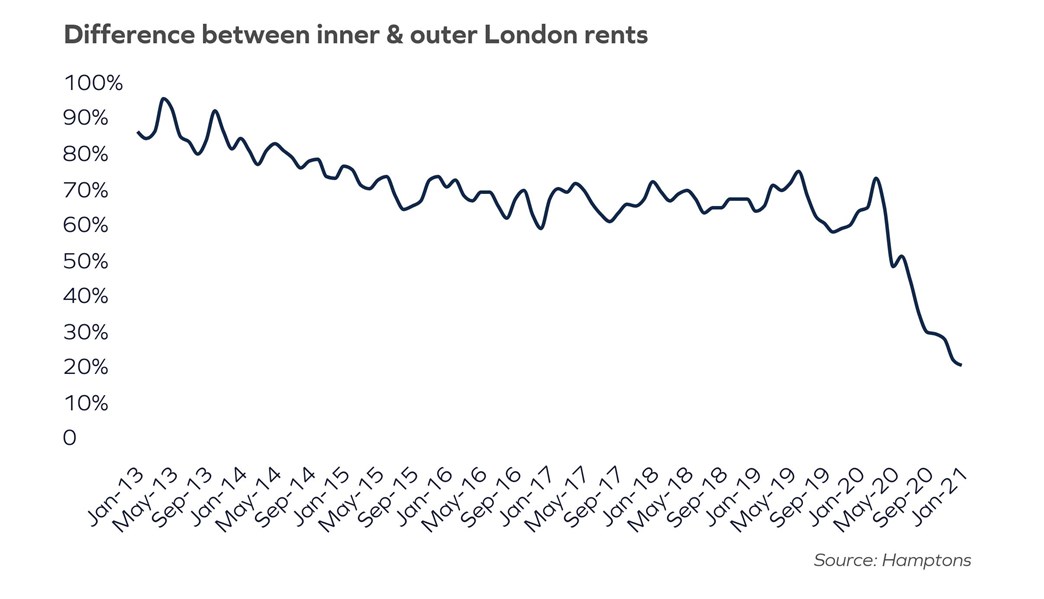