Welcome to the £1million pound club

The £1m mark has long been a recognised milestone for a home. Homes in London and some of the more expensive areas of the South were among the first regions to break through the price barrier, but the ripples have been spreading far and wide ever since.

While some of the pricier parts of the country have seen fewer first sales of £1m plus homes, other regions are playing catch up.  In Wales, for example, 91% of homes that sold for £1m or more last year, did so for the first time.  Similarly, 86% of £1m plus homes sold in Yorkshire and Humber reached this milestone as a first and 82% in the East Midlands.

However, 2020 marked the first year that the proportion of homes sold at £1m or more for the very first time, fell to a record low.  Or to flip this round - more homes that sold for £1m plus in 2020 had changed hands above the £1m mark in previous years than ever before.  The £1m plus club is slowly becoming less exclusive.

Across England and Wales 63% of homes sold for £1m plus, were reaching this milestone for the first time.  In London this figure was just 59%.  Both figures were the lowest on record.

This means that 24% of £1m+ homes sold this year had previously traded twice since they passed the seven-figure mark, 7% three times and 5% four or more times. Hoes changing hands for seven figures three or four times usually means they are large country houses which were worth over a million in the mid-nineties. 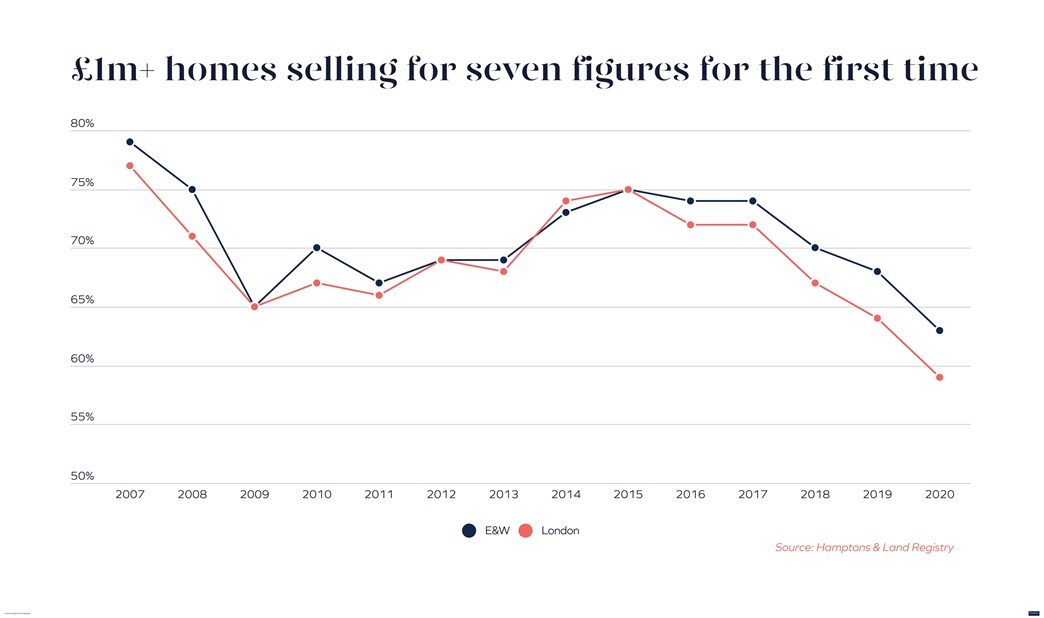